WAITING: Pinata Farms makes the most of the Seasonal Worker Program, utilising workers from the Pacific Islands as a core workforce, but thousands more workers are needed.

Pinata Farms boss says the situation is deteriorating while workers in limbo.

HORTICULTURE needs 20,000 workers flown in if it's to stand a chance of curbing the flow of lost crops and reduced production.

That's according to Pinata Farms' managing director, Gavin Scurr, who was one of the speakers during the horticulture session at the Australian Bureau of Agricultural and Resource Economics and Sciences (ABARES)' Outlook 2021 online conference held this morning.

With the theme of "horticulture and labour", Mr Scurr was joined by other presenters, ABARES' senior industry economist Charley Xia, chief executive of Summerfruit New Zealand Richard Palmer and founder of the labour hire company, The Connect Group, Michael Fryszer.

Mr Scurr detailed how the sudden drop in both backpacker and Pacific islander worker numbers due to COVID-19 travel restrictions last year had impacted his business.

While he acknowledged the federal government's support in reopening the Seasonal Worker Program, he said as Australia brings in a few hundred people at a time, the situation continues to get worse.

"We need to sort out practical quarantining of those workers. We desperately need to bring in 20,000 workers quickly to arrest this issue," Mr Scurr said.

He said his company understood why the travel restrictions were put in place, and supported the move.

"This has made us more reliant on seasonal workers who largely have stayed in the last 12 months or so and we appreciate them for that but they are keen to get back home to their loved ones sooner rather than later," he said.

"We need more people to harvest the crops."

Figures within ABARES' Agricultural Commodities Report for the March quarter 2021 state the number of working holiday makers fell by 64 per cent in 2020 to around 61,000.

"As a business we've employed over 600 Aussies in the last few months however very few of them have lasted more than a week," Mr Scurr said.

"They are just not willing to do this sort of work for the pay that's been offered."

This in turn is affecting the company's bottom line.

"We've had a lot of inexperienced, unmotivated people working on our properties," he said. 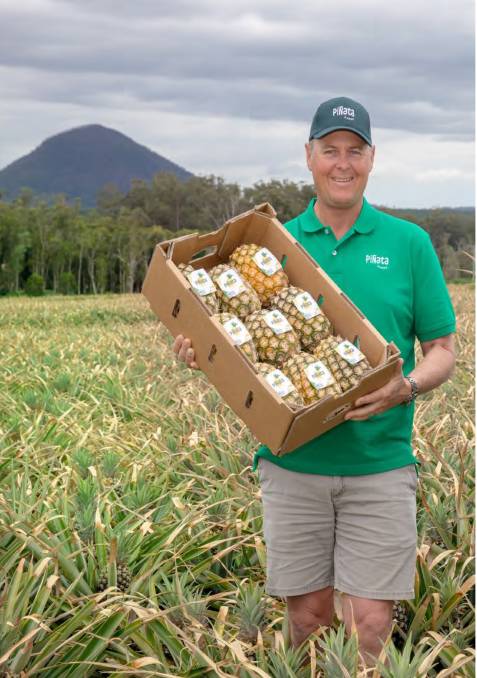 "What we've found with a lot of Aussies is that they're not actually work fit. They might be gym junkies but two hours in a pineapple patch and they are absolutely knackered.

"They are not used to doing that physical work which obviously impacts productivity as well."

"It's not unusual for us to have a productivity decrease of 30 to 40 per cent decrease in some crops due to the lack of experienced workforce we have."

"That has a direct relationship to our costs."

Within the horticulture session there was high praise for Pacific Islander workers, if only more of them could be sourced.

The Connect Group was the first in Australia to recruit workers from Vanuatu.

Company founder Michael Fryszer called for a better quarantine arrangement for seasonal workers from the Pacific.

"We need a dedicated point of entry for workers and we need to upscale. It's too piecemeal at the present time," he said. 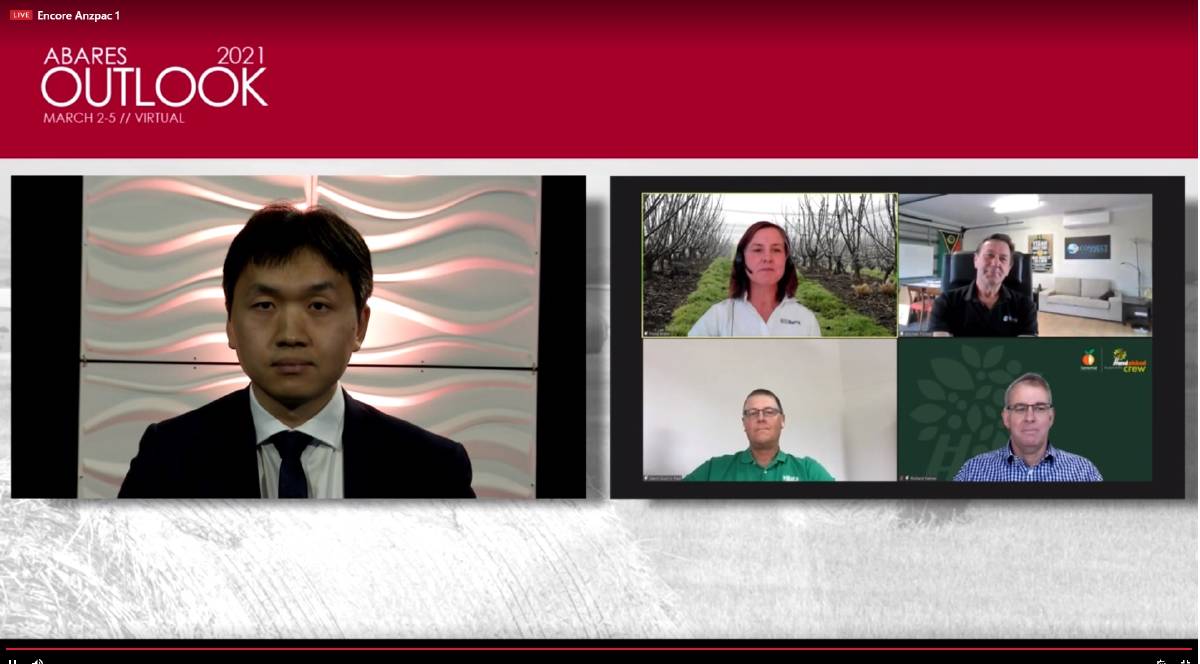 INVOLVED: A screenshot of participants in today's horticulture session at the ABARES Outlook 2021 virtual conference.

"We need to sort out the quarantine aspect of the seasonal worker program," he said.

In speaking on the New Zealand worker shortfall experience and how the country addressed it, Summerfruit New Zealand chief executive Richard Palmer said growers footed the bill of about $7000 per person to bring workers in, be quarantined and then ready to work.

He said the move had driven up pay rates and that there was a significant pay difference appearing between efficient workers and those struggling with the work.