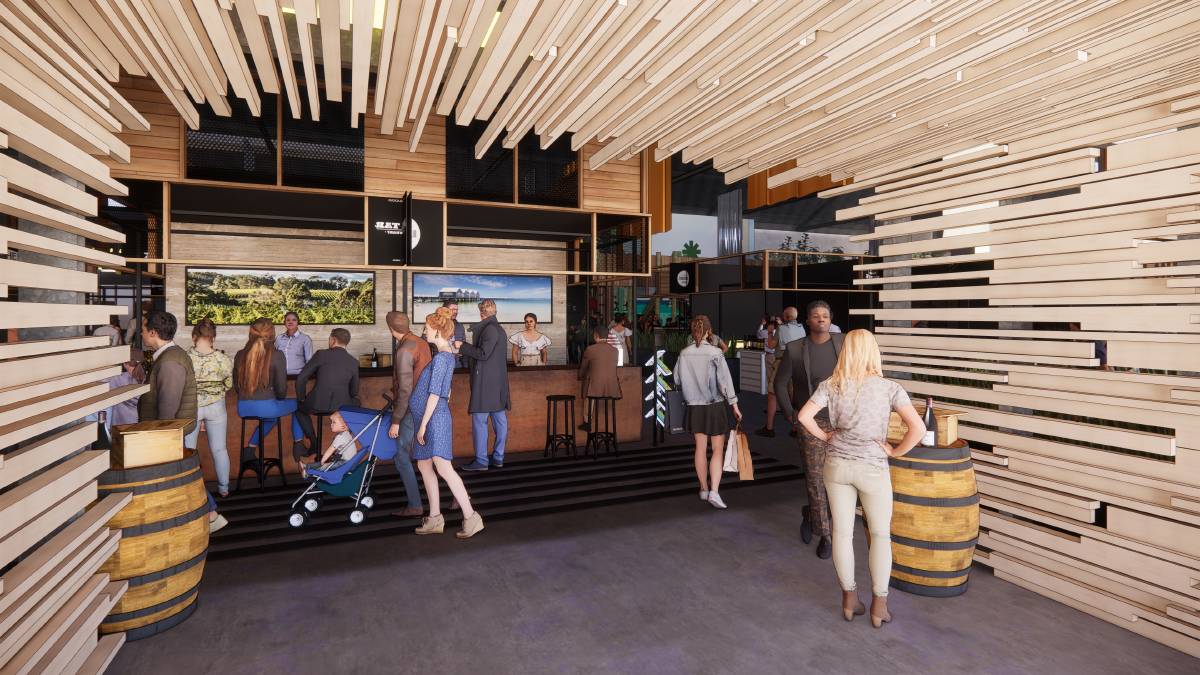 WA's fine farm produce will be featured at a new market later this year.

WESTERN Australia's finest farmers, producers, artisans and makers will be showcased under one roof when a market unlike any other in WA opens in Busselton in November.

The $50 million Origins Market will showcase more than 100 carefully-curated vendors from around WA who share the market's ethos of sustainability and connection to the land, blurring the lines between production and consumption.

The 3232 square metre market is a passion project for owner and developer Allan Erceg - who is also the owner of Mandoon Estate - and will feature interactive stalls, hands-on workshops, pop-up restaurants, cellar doors, a microbrewery and an edible garden.

Origins Market curator Louise Cashmore said the vendors would benefit from being located in a thriving retail hub in Busselton where there were already more than 25,000 weekly visitors.

"The site is about 10 minutes from the Busselton airport, which will commence direct flights from the east coast later this year, so what a fantastic place for a traveller to be able to experience the best of WA under one roof and from there go and visit the regions," Ms Cashmore said.

"We plan for Origins Market to be a must-visit experience to immerse patrons in the incredible quality of WA food and artistic creations - from raw state to the finished product.

"Whether that be a fresh fish or cut of meat, freshly churned butter, a delicious plate of food, wine, ceramic art, landscape photography, bespoke clothing or giftware made from local raw materials." 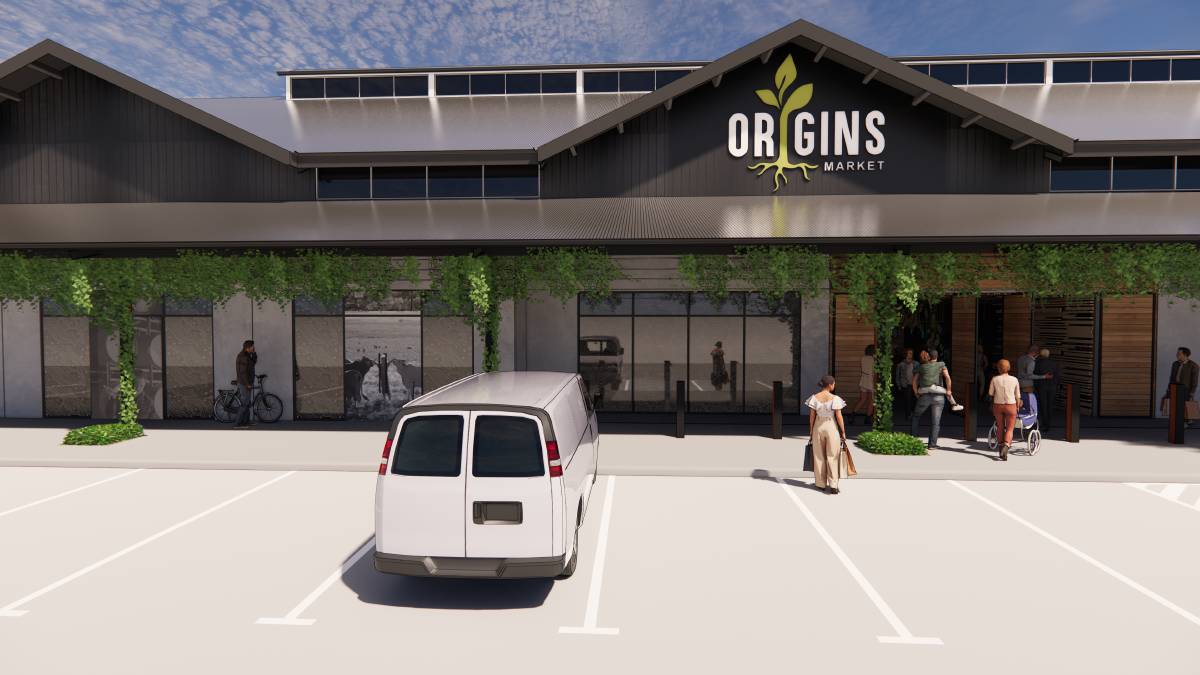 DRIVEN: The 3232 square metre market is a passion project for owner and developer Allan Erceg who is also the owner of Mandoon Estate.

Origins itself is modelled on similar markets in Barcelona and London, with Ms Cashmore having previously been involved with trade fairs and food exhibitions in Europe, South America and South Africa.

The core theme of the market is to blur the lines between production and consumption, with the name Origins coming about as a result of a desire to focus on where food in WA comes from.

"Wadandi elder Wayne Webb told me that the site of the market is right next to the Wonnerup Wetlands," Ms Cashmore said.

"That was exciting because for Aboriginal people, the wetland was like the supermarket of the South West.

"It was an abundant source of food and a place where people gathered, which is exactly what we wanted the Origins Market to be."

Along with market stalls, the venue will also feature expansive open spaces, long communal tables, a children's playground and an observation beehive, as well as a variety of eateries, wineries, breweries and distilleries from the region. 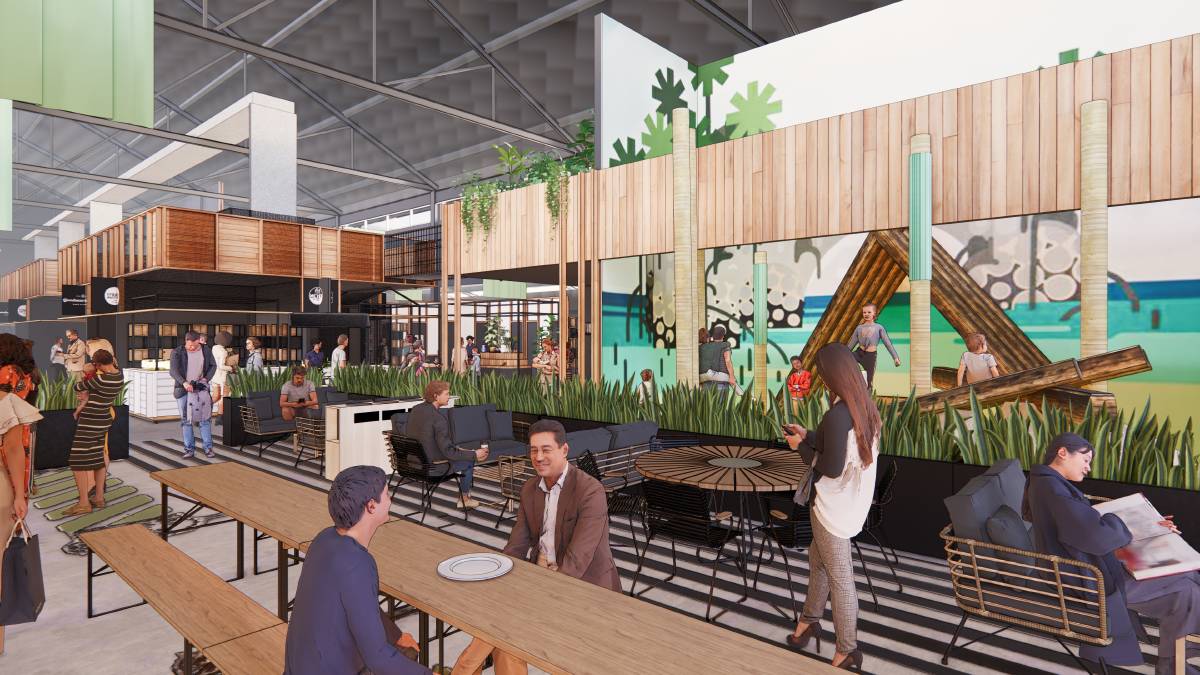 WITHIN: A compute rendition of what inside the facility will look like.

An edible garden, including local flora and edible herbs, will provide an ever-changing and organic space, while glass windows, sky lights and a louvered section of roof will ensure the brightness of an open-air market - come rain or shine.

In the hunt for the best-of-the-best in WA, Ms Cashmore has foraged around WA looking for the highest quality producers, with vendors spreading from the Gascoyne to Augusta already signed up to be a part of the new experience.

"We need sustainable produce supply - a small little guy producing 500 carrots a week is not going to be enough, so we need commercial growers to get involved in this," she said.

"We're light on dairy applications, so we could definitely do with some more vendors that are selling cheeses and yoghurts, and we're also on the hunt for a great butcher.

"I don't know every producer in the State, but the only way for Origins to realise its full potential is if every farmer that is producing great quality products gets involved." 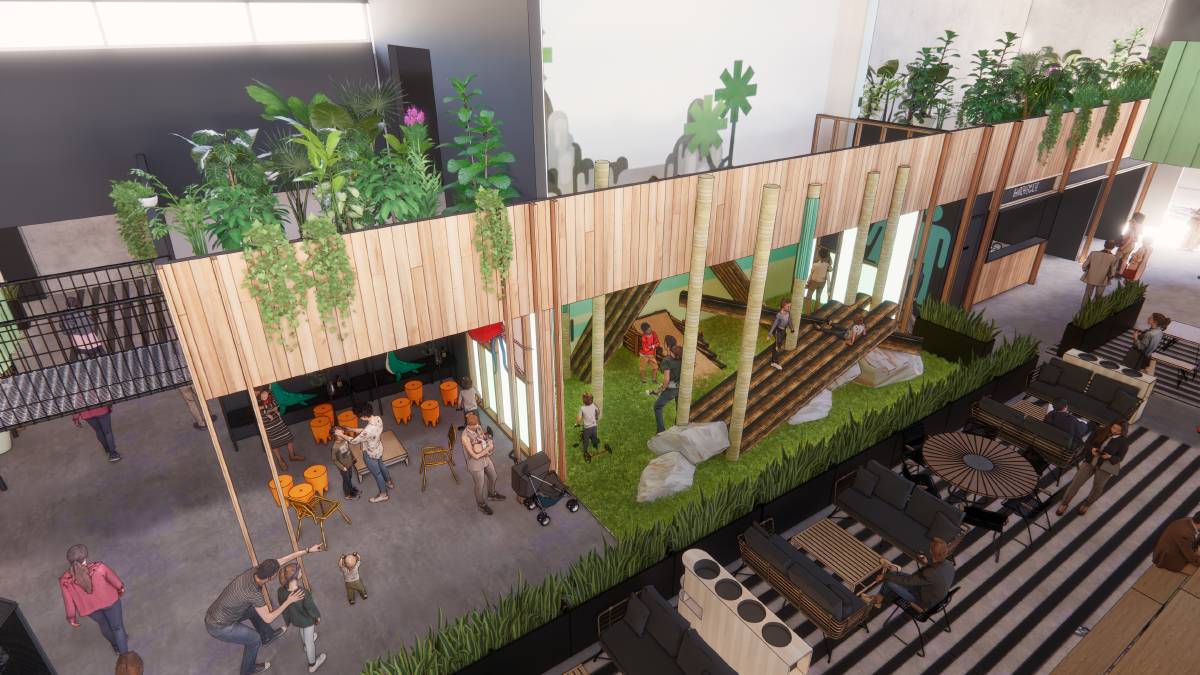 PLENTY: An edible garden, including local flora and edible herbs, will provide an ever-changing and organic space.

When signing up, vendors have the choice to either get involved in their own right or be under the umbrella of a region.

The latter is the path that Sweeter Bananas business manager Doriana Mangili and Homestead Hampers owner Chris Higham, both from the Gascoyne, plan on going down, with the duo seeing many benefits in collaboration.

"We've collaborated on a number of occasions - if you can work together there are so many synergies about promoting more than one product," Ms Higham said.

"At the moment we're looking at a potential collaboration between Sweeter Bananas, Homestead Hampers and the Gascoyne Food Council - we've put in the expression of interest but we're anticipating more producers will come on board.

"We've managed to snare ourselves a nice double stall, so to get the ball rolling we've moved forward on it, but we're happy to bring in whatever other businesses from the Gascoyne region that are interested in being a part of it."

Homestead Hampers will be selling a range of goat meat, some ready to heat and eat meals, as well as goat pies, while Sweeter Banana will obviously offer its locally grown and packed bananas, as well as value add products including banana bread and banana gelato.

Ms Mangili said there was nothing like Origins Market in WA, so it would be a really unique space.

"The South West has a great permanent population, but with Busselton soon starting direct flights from the east coast, it gives us a great opportunity to engage with visitors from all over Australia and show them everything the Gascoyne has to offer," Ms Mangili said.

"In the Gascoyne, we're quite isolated in a lot of respects, so being part of the Origins circle expands our network and allows us to collaborate with other food growing regions.

"At the end of the day, we're all Western Australians, we're all in it together and our seasons are actually complementary to one another."

While the market doesn't open until November 4, applications to be a part of the initial opening close on July 1 and the cost to get involved is quite reasonable, with prices starting at $50 per week for a four square metre stand.

Ms Cashmore wants the vendors to be able to focus on what they do best, which is growing and producing amazing products.

"The actual stands that people rent include everything that the vendor could need - cold, frozen and dry storage, water supply, signage, lighting etc. to make it as easy as possible," she said.

"We want them to be able to focus on selling their product, bringing the passion of farming to the consumer and growing their returns because they won't be at the mercy of the retailer.

"By doing it this way, it's all done for them - we look after the marketing, cleaning, maintenance, running of the building etc."

Once the applications close and the market is fully subscribed, Origins plans to run workshops from August to October to make sure all the vendors are on the same page, while stall holders will also be able to spend those months customising their booths if they wish.

The costs for a stand are billed monthly and vendors only need to sign up for a minimum of three months, so they're not locked in to any long-term contracts.

"I wanted farmers to see that they're not locked in - retail can be pretty scary for some people because they feel it's a huge investment," Ms Cashmore said.

"Most of the vendors have asked for a year or even three years, but if someone is doing seasonal products, they can just sign up for a few months."

"Origins Market truly is unlike any other in the State and while the inspiration comes from around the globe, there is one key difference, the focus will be 100 per cent Western Australian."