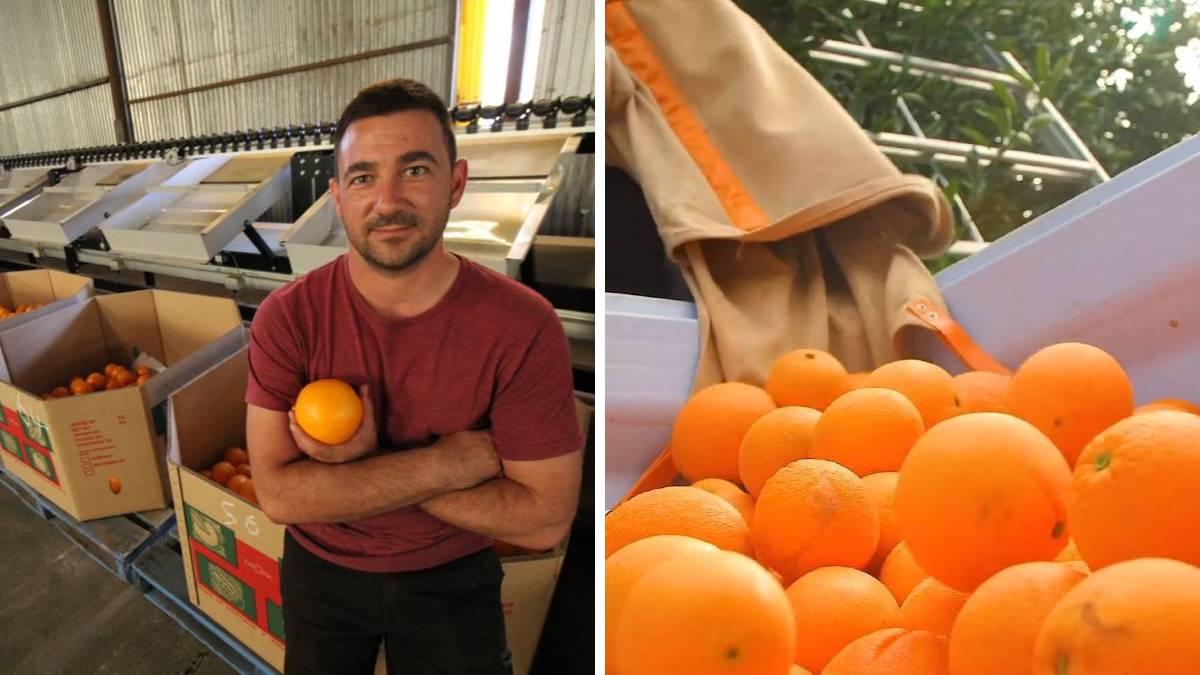 WORRY: MIA citrus grower Vito Mancini says the current seasonal worker shortage - caused by the national border lockdown - should be of major concern to all growers.

Growers need to move now in order to sure up a workforce.

THE Murrumbidgee Irrigation Area's citrus growers are fast running out of time to secure workers for this season's harvest.

With an unprecedented shortage of seasonal workers in Australia, citrus growers in the Riverina have been urged to secure at least part of this season's labour requirements through the Pacific Labour Scheme now.

MIA citrus grower Vito Mancini, national peak industry body Citrus Australia and experienced recruitment company, FIP Group, have all called on Riverina growers to make themselves aware of the shortage of labour options and to work on solutions.

Citrus Australia chief executive officer Nathan Hancock said shortages were affecting every horticulture industry in Australia and that the issue would only get worse.

"In the short term with people leaving the country and the number of growers vying for the small number of workers we are seeing costs go up," he said.

"Longer term I can see this being an issue for two to three more years."

Mr Mancini said the current seasonal worker shortage - caused by the national border lockdown - should be of major concern to all growers.

There are currently 36,000 working holiday makers (backpackers) in Australia, 170,000 less in the country compared to previous years and workers from the Pacific Islands - through the Pacific Labour Scheme or Seasonal Worker Program - are limited due to government quarantine protocols.

"My advice is to at least lock a portion of your work force requirements in through something like the Pacific Labour Scheme or Seasonal Worker Program," Mr Mancini said.

"The biggest things growers need to realise is that there is a lead time of at least six to eight weeks required to contract an approved employment company, put workers on the plane, put them through quarantine and have them work on your farm.

"That means to have workers in May you need to act now, you can't get to the first week of May and realise we won't have enough workers because they then won't be available to pick until July.

"You may be paying more for picking, because of the quarantine costs, but it's that or not picking at all. What's worse?"

FIP Group have runs on the board in chartering flights to bring Pacific Island Workers to Australia and are currently organizing a flight now that would land in May.

FIP Group CEO Brad Seagrott said because of the long lead time, interested growers need to contact him by April 10.

"There could be up to 100 seats for workers but this is already being actively sold so growers must contact us quickly," Mr Seagrott said.

Under an arrangement organized by FIP, workers will be recruited under the Pacific Labour Scheme, and continue working under their visa at a local nursery following the harvest.

The NSW government quarantine costs have now been halved to $1500 per agricultural worker.