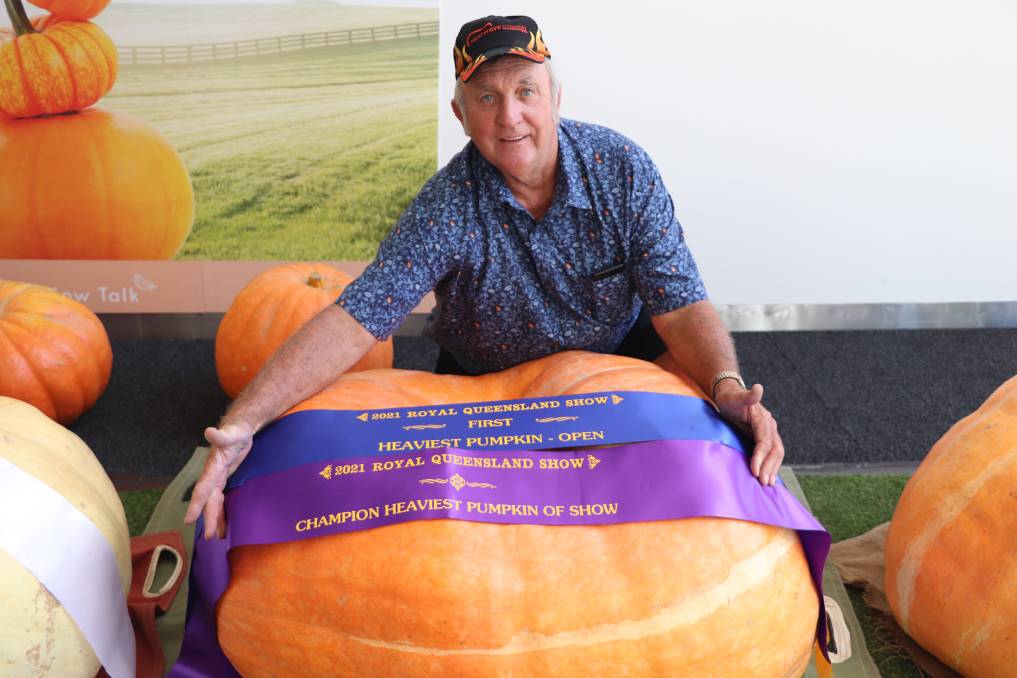 "I used a lot of fertiliser and mulch, plus during the hot weather I watered the pumpkins every day - some days they received 1000 litres of water," Mr Frohloff said. 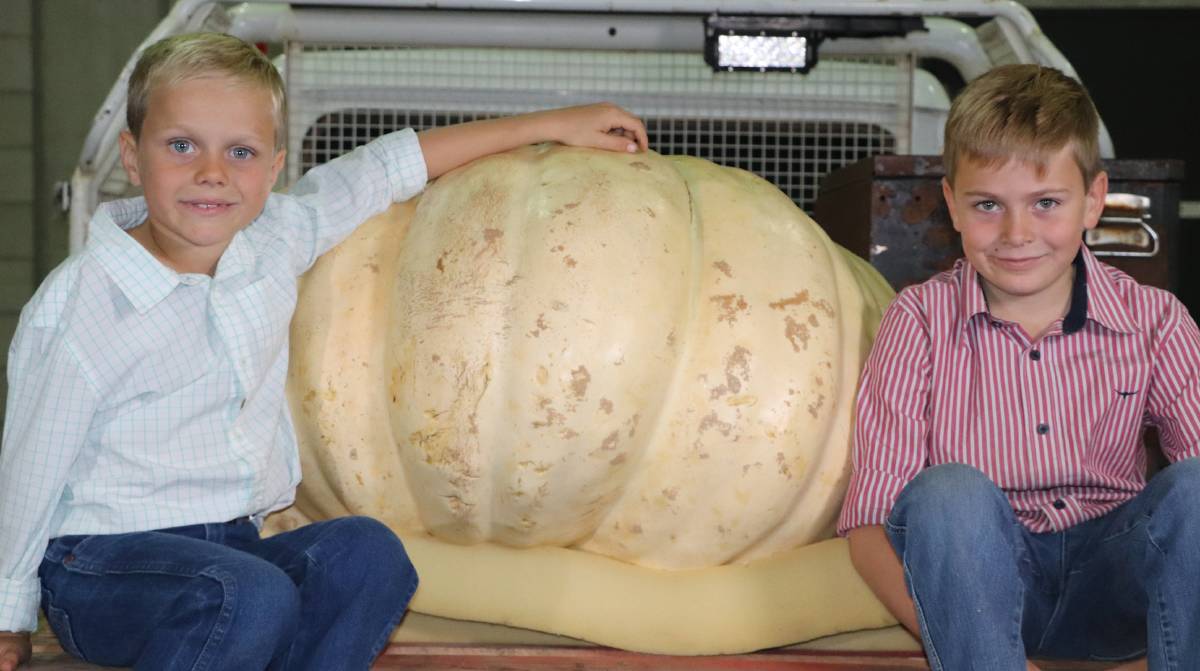 It was Jimmy's first time growing a giant pumpkin, after being given the seeds by his teacher at Bowenville State School last September.

Jimmy not only won the youth class, but he also smashed the current 64kg Ekka youth record set by Angela Kalkaus in 2015.

Jimmy said he only expected his pumpkin to grow to supermarket size.

"I watered it, put fertiliser on it and I sang to it," he said.

Mr Frohloff's son and 2019 Ekka pump-king Tony Frohloff took out second and third place in the Open class with his 174kg and 171.5kg pumpkins.

RNA chief executive Brendan Christou said there was wonderful community sentiment for the Ekka following the cancellation of the 2020 Ekka due to COVID-19.

The giant pumpkin competition supported by Pillow Talk is one of the Ekka's most iconic agricultural competitions, dating back to the first show in 1876.

Some of the giant pumpkins will return to the Brisbane Showgrounds in August, to be displayed in the Agricultural Hall presented by Seqwater at the Ekka.

Green thumbs wanting to try their luck next year, can pick up their free Atlantic Giant Pumpkin seeds at the Show.