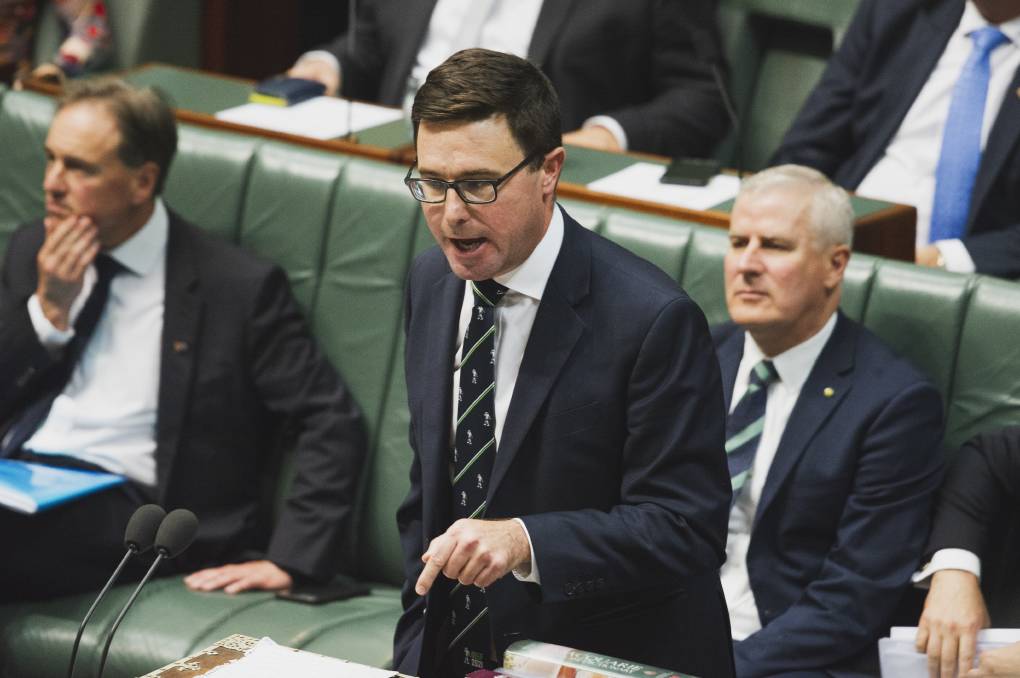 A senior minister has slammed international trading partners for "weaponizing" emission reduction targets, but also gave a strong indication Australia would soon make its own 2050 commitment.

A SENIOR minister has slammed international trading partners for "weaponizing" emission reduction targets, but also gave a strong indication Australia would soon make its own 2050 commitment.

The European Union has begun the process to introduce a carbon tariff - which would tax imports from countries without sufficient climate action - and the United States is also reviewing the idea, as President Joe Biden continues to make climate action a central pillar of his government.

Agriculture Minister David Littleproud an excuse for countries to give their domestic producers a leg up by shutting out or taxing international competitors.

"We're seeing the weaponization of targets used in the trade arena as a form of protectionism," Mr Littleproud said.

"The world is squaring up to the carbon tariffs the EU is proposing and telling them to take a running jump.

"Of the 27 EU countries, 21 will not meet the 2030 commitments they've made in their own continent. So we're hearing lots of platitudes rather than practical solutions."

At the recent international Summit on Climate, Australia vocally declared it's climate action motto was "technology, not targets".

However, Mr Littleproud gave the strongest indication by a minister to date that a target announcement is on the way, stating "when we do sign up to a 2050 target, we want to be able to demonstrate how we get there and who pays".

"[The Nationals] won't sign unless we can look people in the eye and tell them how we get there," Mr Littleproud said.

"Farmers have paid the bill for Australia having a social licence for too long. We won't pay any further but we do want to reap the benefits of doing the heavy lifting from last time."

Mr Littleproud said the federal government was looking to "square the ledger" for farmers by expanding the biodiversity scheme, which is currently in the trial phase.

When Australia signed the Kyoto Protocol, it included a deal to include the reduction of emissions through reduced vegetation clearing, which left many farmers stuck with unusable land due to tighter land clearing laws.

"We can't pay farmers for the carbon they've already sequestered through that ruminate vegetation, but we can pay them for the improved biodiversity," Mr Littleproud said.

"We'll be the first country to create a measurement for biodiversity. What this does is it opens up the option for people to make a profit off unproductive land and keep the productive land for farming.

"We want to take the country that is probably costing you to manage, and allow you to make a return on maintaining that land."

The Commonwealth also plans to have a trading platform for a biodiversity label, which farmers can use to market their product to fetch a premium price.

There are growing concerns in the agricultural community that it will be the target of more Chinese trade tariffs, as tensions between the two countries have once again flared.

Some have questioned whether Australia was unnecessarily provoking China by cancelling Victoria's Belt and Road agreement.

However, Mr Littleproud said Australia would always "protect our sovereign values and principles".

"Both myself and [Trade Minister] Dan Tehan have written to our [Chinese] counterparts, saying we are prepared to solve our differences with dialogue.

"But that takes two and until they are ready to do that, we will continue to have challenges in this space. But we will not compromise on our values and principles."

Economists have pointed out that despite the short-term pain, Australia had been able to offset much of the impact over the past year by diversifying its export markets.