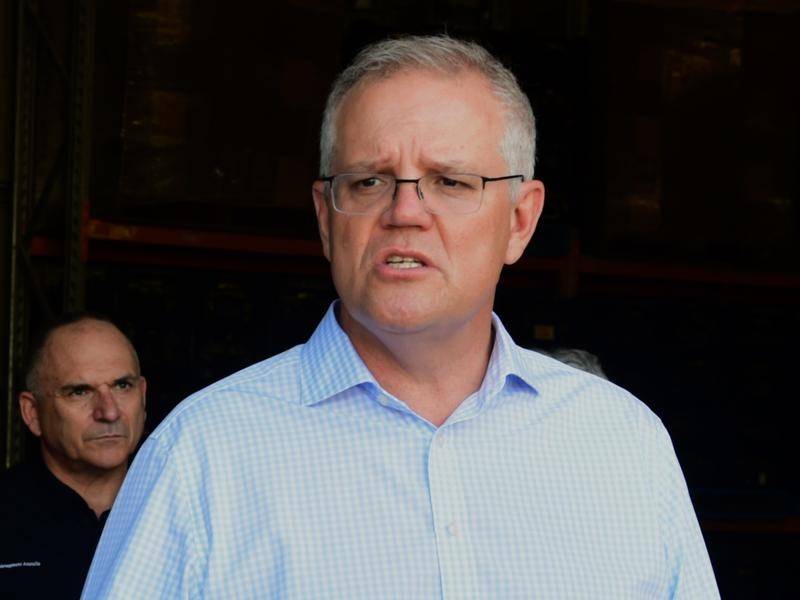 "We have always stood for freedom in our part of the world," Prime Minister Scott Morrison says.

BREAKING: China has suspended an economic framework with Australia, blaming the Morrison government for the deteriorating relationship.

China has suspended all activities under a major economic framework with Australia, blaming the Morrison government's attitude towards the relationship.

The move effectively cuts off all diplomatic contact with Beijing under the China-Australia Strategic Economic Dialogue.

China's National Development and Reform Commission released a strongly-worded statement to explain its decision on Thursday.

"Recently, some Australian Commonwealth Government officials launched a series of measures to disrupt the normal exchanges and cooperation between China and Australia out of Cold War mindset and ideological discrimination," the commission said.

"Based on the current attitude of the Australian Commonwealth Government toward China-Australia cooperation, the National Development and Reform Commission of the People's Republic of China decides to indefinitely suspend all activities under the framework of the China-Australia Strategic Economic Dialogue."

The move will make it even harder to repair strained diplomatic relations between Australia and China.

It is the first major response from the Chinese government since the Morrison government cancelled Victoria's Belt and Road agreement in March.

Earlier, Scott Morrison chose his words carefully as the prospect of military conflict between China and Taiwan continues to grow.

Taiwan has warned it is preparing for a "final assault" from Beijing and has called on support from Australia.

The prime minister was circumspect when asked whether Australia stood with Taiwan.

Australia abides by a "One China" policy in its engagement with Taiwan, meaning there are no formal diplomatic relations with Taipei.

But Canberra maintains trade, cultural and other exchanges with Taiwan separate from mainland China.

Mr Morrison said Australia "always honoured all of our arrangements in the Indo-Pacific" and singled out its alliance with the United States.

"We're very cognisant of the uncertainties in our region and I'm not one to speak at length on these things, because I don't wish to add to any uncertainty," he told 3AW radio.

"But that's why we have our security arrangements we have in place."

Pressed again on whether Australia stood with Taiwan, the prime minister replied: "We have always stood for freedom in our part of the world."

The Morrison government's rhetoric has grown increasingly hawkish in the past fortnight, with senior officials raising the prospect of a military conflict with China over Taiwan.

Home Affairs secretary Mike Pezzullo warned the "drums of war" are beating as the prospect of war over Taiwan grows.

Defence Minister Peter Dutton has also said a conflict over Taiwan should not be discounted.

The prime minister said Mr Pezzullo's speech was not authorised by the minister.

"The overarching message from government is that we need to be alert but not alarmed," she said last week.

"We're obviously very conscious as a government of what is happening in the Pacific region, in particular, and we will always put Australia first, second and third."

Mr Morrison said Australia wanted to work with China and others to uphold the rule of law and free trade throughout the region.

"That's what ensures the Indo-Pacific remains free and open," he said.

"That's what we're for - a free and open Indo-Pacific - and whoever is in favour of that, we are working well together with them."