Retirement spawns a new venture into olive farming for a WA family. 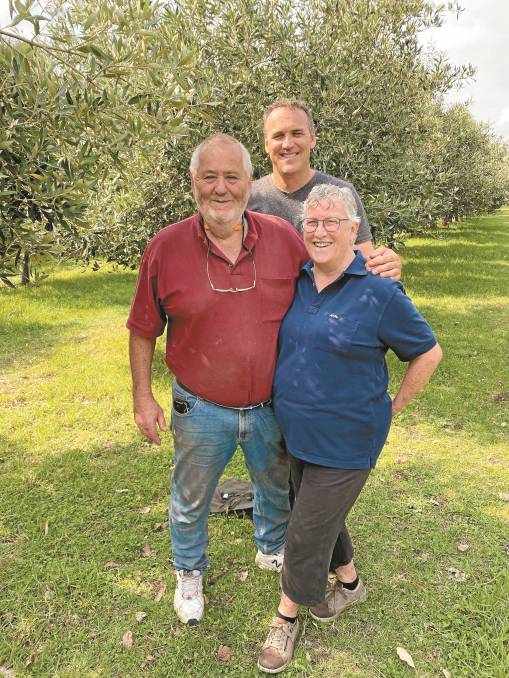 THE Western Australian olive harvest kicked into in April with some growers in the South West already finished.

Among those getting busy is the Mencshelyi family, owners and operators of Whirlwind Olives, on eight hectares of land at Margaret River.

Whirlwind Olives is a fitting name for a small farming operation, which happened "more by chance than plan".

Mr Mencshelyi is a former chief executive officer of CBH.

Little did the couple know, retirement would spawn a new venture after they purchased a young olive farm near Margaret River.

The Mencshelyi's son Andrew said the family spent 18 months looking for land until they were presented with an opportunity "too good too miss".

"This just came along and it happened to have 2500 olive trees on it," Andrew said.

"We didn't know anything about olives.

"But we purchased the property and that's when the journey and steep learning curve began."

In the early days, the Mencshelyis recruited family and friends to help them harvest olives by hand before carting them to someone else's olive press to be processed.

As the family's production increased, they realised they needed more than a weekend to pick the crop, which led to the investment of more mechanical harvesting techniques and hiring labour.

Then they invested in their own processing facility so they could press the fruit onsite.

Andrew said with no background in olive farming the family "just rolled with it" and the business has evolved over time.

He said 1500 trees on the property were for oil varieties including WA Mission and Paragon, whereas Kalamata and Californian Queens made up the remaining 1000.

WA Mission is described as a milder and smoother fruit, whereas Paragon has more bite to it.

Olives are processed within 24 hours of being picked to maximise the oil quality.

"It is just like any fruit that's been picked, if you leave it in your fruit bowl it is going to go rotten.

"When the olives sit in the 400 kilogram crates they start to oxidise and give off heat.

"What happens is if you leave that for over a day, especially if it is a warm day, the actual oil that is in those olives starts to go off, which you don't want.

"We don't put them in a cool room, it is straight off the tree, brought down to the shed, processed and the oil is extracted through the cold press - the rule of thumb is to do it within 24 hours."

Olive harvest typically starts in April and May, depending on where the farm is located.

We brine the fruit for six to 12 months in salt water to take the bitterness out of it, then we take them out, wash them and either marinate or package them or leave them in the brine. - Andrew Mencshelyi, Whirlwind Olives, WA

For Whirlwind Olives, harvest runs for about two weeks and uses a mix of mechanical harvesters and labour.

The two main harvesting methods include the shaker and the pneumatic or electric rakes.

As the name suggests, the shaker shakes the tree with an umbrella attachment around it, which catches the olives as they fall off, while the pneumatic or electric rakes require manual labour.

"We did trial the shaker, but it didn't work satisfactorily enough," Andrew said.

"I think it was a combination of the machine, the technology at the time and climate.

"The climate when we did this trial was a lot wetter.

"We would get a lot more rain and the olive stalks were still green, so it was very hard to shake the tree and knock the olive off when they have still got quite a green stalk."

Andrew said picking table olives was more labour intensive, as mechanical rakes could not be used because they bruised the fruit, however they were fine to use for olive oil as the olives would be crushed on the same day they are picked.

"You want to keep the integrity of the fruit, so we literally pick them one by one," he said.

"We brine the fruit for six to 12 months in salt water to take the bitterness out of it, then we take them out, wash them and either marinate or package them or leave them in the brine. 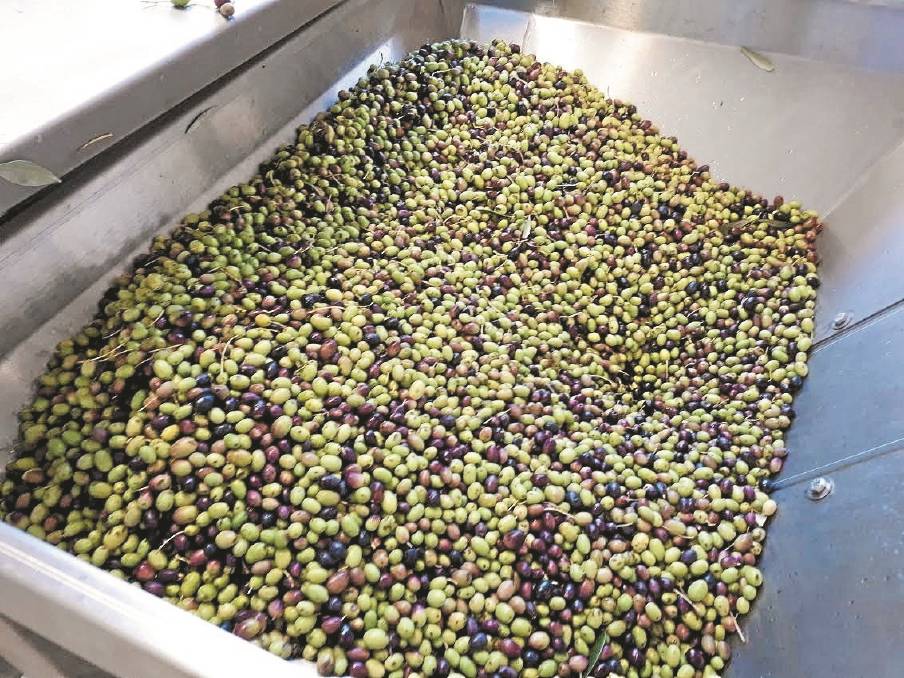 VARIETY: Olives are processed within 24 hours of being picked to maximise the oil quality.

"There is a lot of work involved but you get out there and you do it and the brining gives us supply all year round."

The Mencshely's plan to revisit the shaking method in the future and are going to continue using backpackers and electric rakes in the meantime.

"We will hire eight pickers during harvest, four teams of two," Andrew said.

As it is with any crop, there are factors, which could impact olive groves and knock the yield around, ahead of harvest, including birdlife, management practices, weather and water.

For example, Andrew said if the red gums didn't flower in the national park birds "smash the vineyards and olive groves looking for food".

And that is something growers cannot prepare for, as they don't know when it could happen.

This harvest's crop is shaping up to have mixed results across the board with some varieties looking "really good" and others looking "not so good".

One of the stronger crops will be the Kalamata, but Andrew said the lower yielding crops could be setting themselves up for a big year next year.

To help maximise their yields, Whirlwind Olives is participating in a regenerative farming training program through the lower Blackwood Catchment Development Commission.

Andrew said it was about looking at farming from a "holistic point of view" and while his family's operation was technically not organic certified, they did follow the practices.

"It is about looking at everything from nutrition, water, pruning, microbes, bacteria and fungi, biodiversity, soil health and looking at it from a holistic perspective to really make those trees as healthy as possible," he said.

"We are introducing more animals into the cycle, so we are running sheep throughout groves.

"But we will probably rotate some more free range chickens through our farm and trees, so those natural manures improve the soils."

Andrew said not just any sheep could be used in the groves because many breeds would ringbark the trees and do more damage than good.

After researching what breeds would be best, the Mencshelyis settled with Wiltshire Horns, before they switched to Wiltipolls.

In terms of expanding on the business, the Mencshelyis are looking to continue moving into "regenerative farming" and will purchase more animals to rotate through the groves including cattle, sheep and free-range chickens.

Andrew said the cost of natural fertiliser was "phenomenal".

"You can produce it yourself and reap the benefit of actually having those animals for your own use as well or sell them off," he said.

The story Branching out into olives in WA first appeared on Farm Weekly.