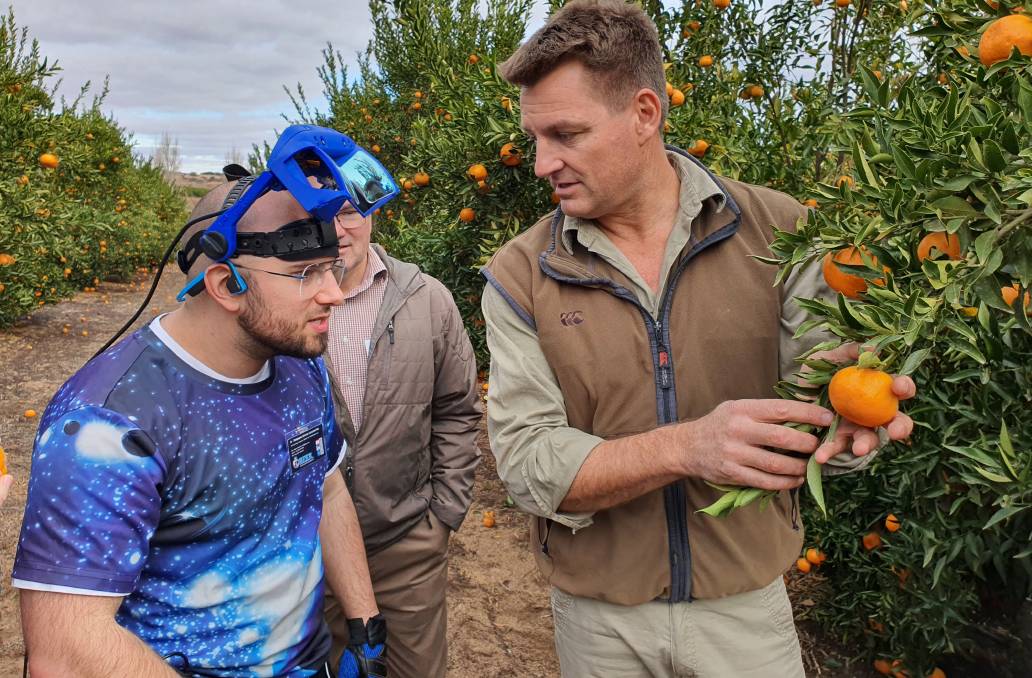 Some clever technology could help eleviate labour pains in horticulture.

VIRTUAL reality could be among a suite of solutions to help tackle the labour shortage in the horticulture sector - if a plan to build digital ideas to help solve on-farm problems comes to fruition.

It was one idea pitched in response to a meeting of AgTech startup businesses meeting with growers to help solve common industry problems.

A group of agricultural start-ups, including those involved in the University of Adelaide's ThincLab at the Waite, headed to the Riverland last month to hear first-hand from growers.

ThincLab's Eloise Leaver said the trip stirred up conversations about what problems were being faced by farmers and possible technical solutions.

"We've got our start-ups in Adelaide and they're experts in artificial intelligence and technology, while farmers working on the land have the problems - often the two groups don't necessarily understand each other," she said.

"This was a chance to talk to farmers and hear what the problems are in detail, which is hugely beneficial, but also farmers to get to understand the barriers that people working on the technology are facing."

Co-organiser Oli Madgett, who is a member of the SA government's AgTech Advisory Group, said the trip was also about two-way learning.

He said suppliers would gain insight into what was needed to guide their modification of existing and creation of new technology.

The tour group visited citrus and almond producers, as well as the AgTech demonstration farm at Loxton.

Ms Leaver said the number one problem identified was labour.

"It's something that is always a problem and it's even worse now," she said.

Some of the solutions touted were robotics, VR or augmented reality to help train overseas workers before they arrive in SA, and computer systems to help grade fruit while picking and eliminate that step in the process.

Some other problems identified were food waste and the lack of commercial composters in the region, the challenge of vacant blocks within the Renmark Irrigation Trust, delays in getting market information and improved water efficiencies as water prices increased.

Ms Leaver said they also brainstormed potential solutions, a session which would be followed up on in the coming months at the Riverland ThincLab site.

"This is only the start of the process - we've got people thinking and talking," she said.

"These problems are quite nuanced and it might not be just one solution."

Ms Leaver said there was also plans to visit other regions, such as Eyre and Yorke peninsulas, and tackle other sector issues.

"There is definitely an appetite to look at other types of ag industries," she said.

Ms Leaver said SA was perfectly poised to grow its AgTech credentials, with support from the government and universities, as well as a need from producers.

Primary Industries Minister David Basham said reports showed increasing the uptake of technology on-farm could return up to $2.6 billion a year to the SA economy.

This trip was a chance to have conversations about what technology was needed and what was available, he said.

Member for Chaffey Tim Whetstone said AgTech was at heart of every horticulture and agriculture business in the Riverland.

"It's about advancing those technologies to increase the competitive advantage with efficiencies and productivity gains," he said.