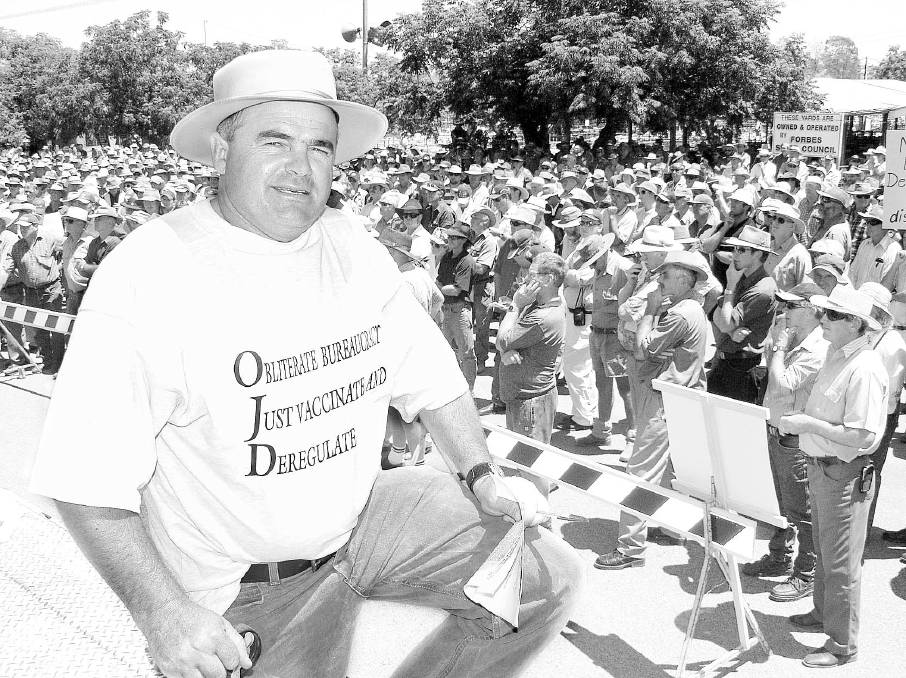 INTO THE FRAY: Peter Reilly, a farmer from Nelungaloo near Parkes, virtually appeared out of nowhere to stop a program aimed at eradicating Ovine Johne's Disease but instead was ruining the livelihoods of many impacted sheep producers.

Former editor of The Land, Vernon Graham, looks back on almost 50 years of rural journalism as he hangs up his laptop.

It's hard to know where to start in trying to rank the major new stories and big farming trends I've seen during almost 50 years as a rural journalist but deregulation of wheat marketing would be near the top of the tree.

And the collapse of wool's reserve price scheme, the divisive wide combs dispute, widespread adoption of computer selling of livestock and the "get big" trend in both farm size and among food processors would be vying for a podium finish.

Also featuring in a highlights reel would be the emergence of lamb as a high-value product in hot demand everywhere, China's domination of our export wool trade, the growth in foreign ownership of farms and rural companies and the widespread use of Estimated Breeding Values and genomic tools to breed more productive sheep and cattle.

No-till farming has been embraced by many broadacre croppers, genetically-modified canola and cotton varieties have been introduced against bitter opposition and the two big supermarkets continue to wield their power over farm suppliers to keep a lid on retail prices.

In more recent times we have seen the growth in plant-based fake meat products accompanied by rising attacks on livestock, especially cattle, as a major source of greenhouse gases via their methane emissions. 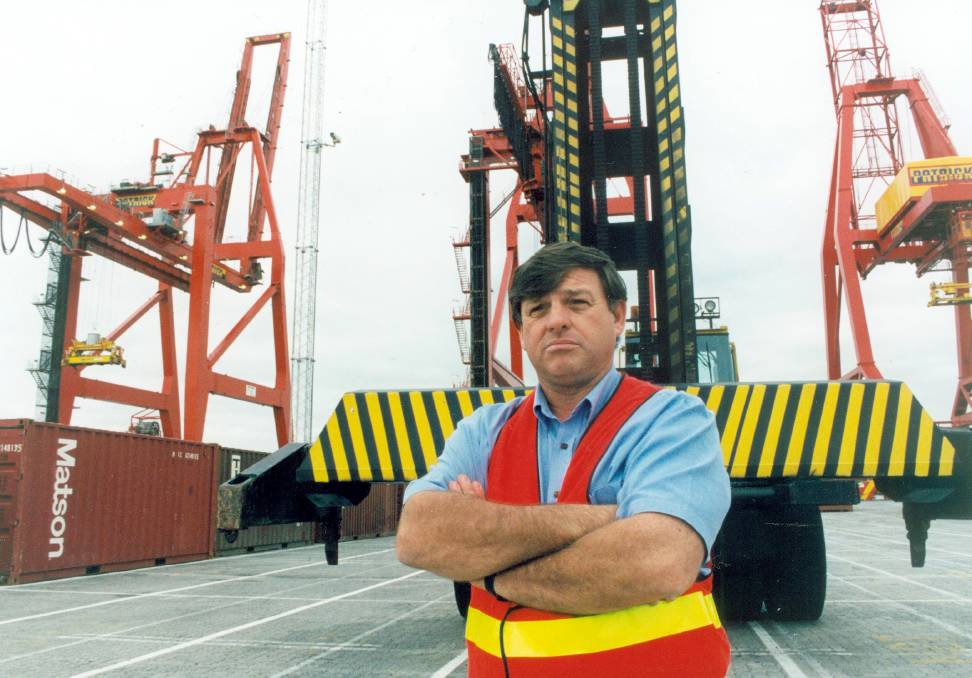 FARMER POWER: NFF president Donald McGauchie went where few were brave enough to go - the Australian waterfront where he confronted the then powerful Australian Maritime Union.

The growing urgency around our response to climate change has posed a whole range of new challenges for farmers which would have been unimaginable 50 years ago.

Meanwhile, open-cry wool auctions have resisted the change which has swept through much of agriculture as have saleyards.

Management of the Murray-Darling Basin remains a mess, mulesing has survived despite ongoing opposition but mercifully the Ovine Johne's Disease (OJD) debacle in NSW has largely faded into the rear vision mirror.

The wine industry has experienced unprecedented growth, the dairy industry has been deregulated, precision agriculture technologies have become mainstream and farmers everywhere are tapping into the internet via their mobile phones and electronic devices.

While the forces of deregulation and economic rationalism have marched across the farm marketing, processing and trade landscapes, government regulations have become the preferred weapons of choice for the radical groups and city-based politicians wanting to tell farmers what they can do on their land.

The election of the NSW Labor Government in April, 1995, gave farmers a first taste of "green" politics when the Premier Bob Carr slapped a virtual ban on land clearing. 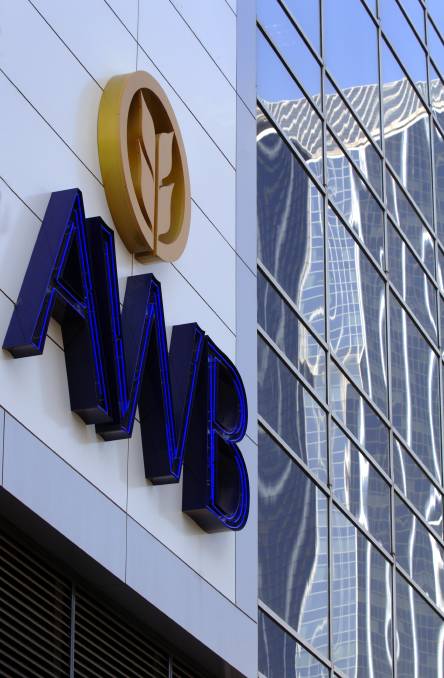 SO LONG, SINGLE DESK: The Australian Wheat Board (AWB) was slowly stripped of its monopoly marketing powers starting with the domestic market and finally as the single-desk seller on the export market.

Farmers have large numbers of supporters in cities but unfortunately they don't spend much time on social media or walking the corridors of power defending them from the attacks of a band of critics including environmentalists and activists wanting to shut down livestock farming.

The rise of anti-farming sentiment has coincided with the decline in the lobbying power of mainstream farm organisations caused, in part, by the increasing domination of farming ranks by bigger and more independently-minded producers.

Farm bodies like the National Farmers Federation along with its associated commodity councils and the NSW Farmers Association had very loud voices in the 1980s and 1990s but now can be barely heard in mainstream debates which impact on agriculture.

Love them or hate them but the two most effective farm leaders in my time were former NFF presidents Ian McLachlan and Donald McGauchie.

The were uncompromising and achieved major reforms in industrial relations in abattoirs, shearing sheds and the waterfront in the 1980s and 1990s.

McGauchie's key role in the "war on the wharves" in 1998 which broke the monopoly of the Maritime Union of Australia was a milestone for the NFF.

While we are unlikely to ever again see 45,000 angry farmers march on Canberra as they did in 1985, agriculture needs to be able to influence key political decisions and public debates. 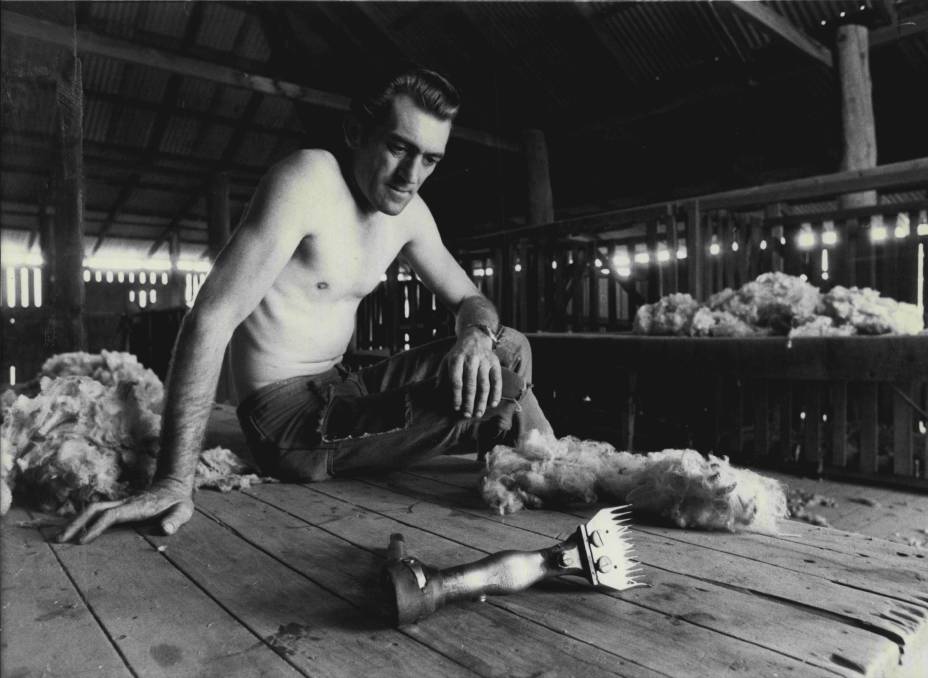 GUN REFORMER: Gun Mandurama shearer Robert White led the fight for the introduction of wide combs in one of the most divisive battles in agricultural history.

Red meat is a $30 billion-a-year industry yet hasn't got a loud, united voice against the various forces attacking beef and lamb with largely spurious arguments including their alleged negative impacts on both human and environmental health.

Farmers face an ongoing battle to win the hearts and minds of modern, well-heeled consumers who are interested in how their food and fibre is produced. This fight needs strong leadership, adequate resources and a strong strategy.

The spread of the "get big" trend across much of agriculture both on- and off-farm has produced economies of scale but has had drawbacks including much reduced transparency right along the supply chain.

Another major challenge for today's farmers is to ensure maximum value is extracted from exciting new digital technologies with the potential to significantly lift business efficiency, save time, reduce costs and bring environmental benefits.

Rural journalists have also faced enormous change and uncertainty, particularly in recent years as the future of print has come under increasing pressure.

During the past 50 years the industry has moved from clumsy typewriters and film cameras to lightweight laptops, smart phones and digital cameras.

Most rural journalists still produce print editions of their mastheads but also have to feed the hungry digital beast that is online news.

It's a very busy juggle but like the farmers and industries they serve, they will be up to whatever the future throws at them.

The story Time for farmers to stand up to the bullies and knockers first appeared on Farm Online.