INDICATOR: Symptoms of banana bunchy top virus on the mid-rib.

BANANA growers now have another tool in their arsenal to fight one of the industry's most devastating viral disease, banana bunchy top, with a new detailed video resource being released.

The disease, which is found right across the globe, is extremely difficult to detect and capable of infecting all varieties of the popular lunchbox favourite.

Posing a major threat to Australia's commercial banana industry, the virus has been active in the country for more than 100 years. 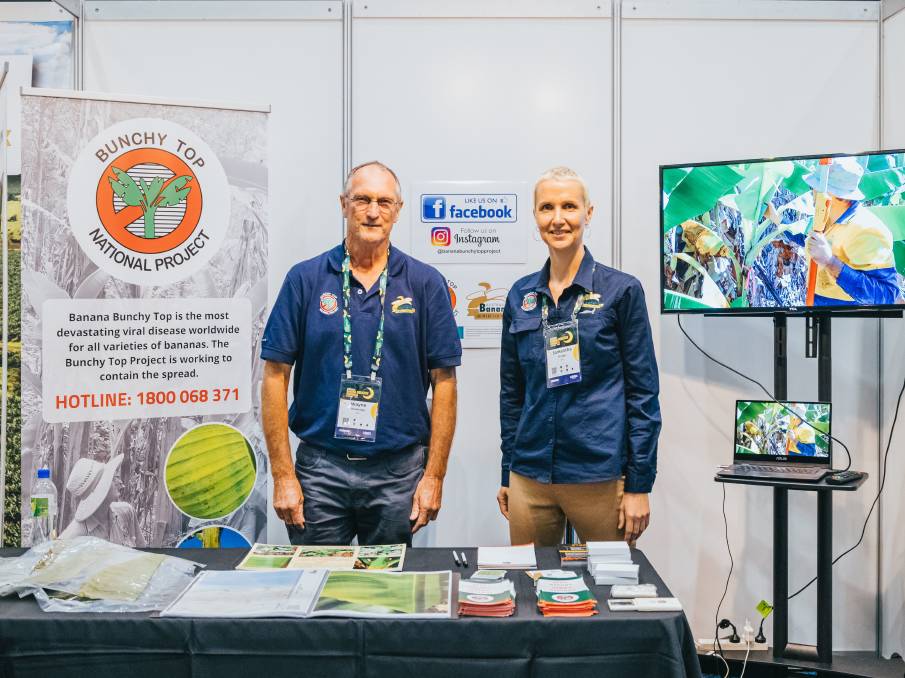 READY: Banana bunchy top virus inspectors Wayne Shoobridge and Sam Stringer at a Banana Congress, giving out advice on symptoms and what to look for. Picture supplied.

Spread by the banana aphid and through the movement of infected plant material, the virus is currently contained to parts of northern NSW and south east Queensland.

The national Banana Bunchy Top program, which is run by the Australian Banana Growers' Council, and funded through Hort Innovation, has employed a team of inspectors to help combat the devastating viral disease, aiming to assist producers identify and contain outbreaks, prevent further spread, and promote awareness.

The video resource was released for commercial growers, outlining the symptoms, spotting tactics, and effective destruction methods of the devastating virus. 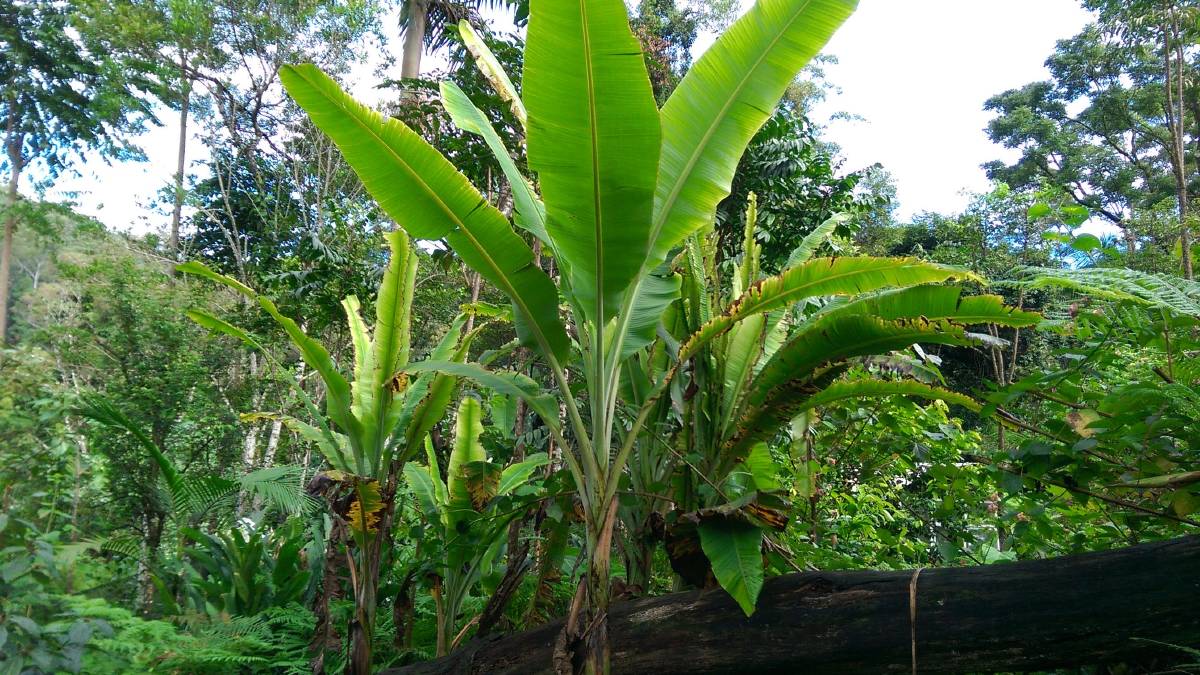 Typical bunchy top symptoms in young leaves include short, dark, dot-dash lines that appear on the veins, and as the disease advances, new leaves become shorter, narrower, and more upright giving a 'bunched leaf' appearance, earning them their name.

If bunchy top was to make its way into the far north, where 94 per cent of banana production takes place, the consequences could be dire.

Early detection is key, and growers are being encouraged to monitor their plants closely, whether they're a commercial business or a backyard grower, and report to inspectors if they suspect the virus, or notice any symptoms.

"Early detection is key. Once it's established on a farm it will move quickly, so the sooner the infected plant can be destroyed, the better," Ms Stringer said.

"Once a plant has bunchy top, it stunts the growth of the plant and stops it from producing fruit.

"The control of bunchy top really relies on community and grower support, so we really need the backyarders, hobby farmers and the wider community to be proactive in detecting and reporting bunchy top.

"Our inspectors are still available if anyone has any questions of concerns. We've been working closely with growers for the past decade to help contain this disease and our work isn't done yet."

Growers and members of the public are welcome to call the bunchy top hotline for advice: 1800 068 371.