THERE'S more to measuring the temperature of fresh produce than sticking a thermometer into a head of broccoli.

That's part of the reason an industry-wide training program has been released, aimed at improving the credentials of those responsible for the integrity and safety of Australia's chilled and frozen food supply.

While launched in February this year, the code was given its first public outing at Hort Connections 2021 in Brisbane in June.

The program, the Cold Chain Professional Development Series, is in response to cold chain losses from temperature abuse which have been identified by recent national studies sponsored by the Commonwealth Government.

The code has been developed by the Australian Food Cold Chain Council (AFCCC).

The first of five Cold Food Codes has been released, with the first online training program of its kind for those who work at the many levels in the cold chain, in transport, distribution centres, loading docks, food industries and retail outlets.

The first training program deals with the humble thermometer and was chosen because temperature management is the most misunderstood and misused aspect of cold chain food management and delivery, according to the AFCCC.

"The prominence of the cold chain has really come about in the modern era over the last 10 or 15 years with the long distances of food transport," he said. 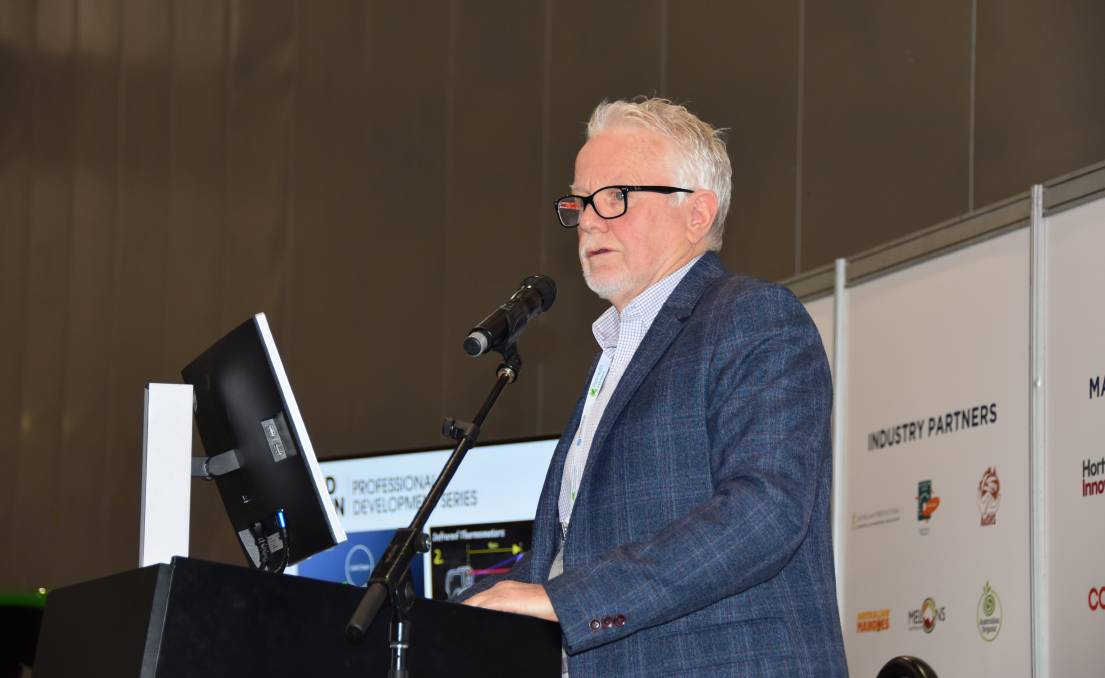 "The modern cold chain has got to cooperate more; there has to be more transparency between the stakeholders in those links."

Mr Mitchell said part two of the code will be an expansion on the current basic cold food code to a full instructional code of practice on fresh produce specifically.

"At the end of the day, look at the food losses across fresh produce; 25-30 per cent of what we grow never gets eaten and it's mostly because it's not refrigerated properly or it's lost in the cold chain," Mr Mitchell said.

"They've got this other hidden qualification. If they know what they are doing in the cold chain properly, then it's another layer of what they usually do," he said.

"We are trying to draw this recognition out and honour them with the idea that they are actually a cold chain practitioner."

The course includes a "training check", not a test, at the end of the training which is self-paced and takes about three to 3.5 hours to complete.

A certificate is also available for those that complete it.

The course costs $275 for four modules for the practitioner course or $330 for the management course.

The AFCCC has partnered with some major players within the agriculture space including PMA Australia - New Zealand, Food Innovation Australia, Qualipac, QC-Fresh, the Australian Institute of Packaging and Meat and Livestock Australia.

The AFCCC was formed in mid 2017 by a cross section of industry leaders covering manufacturing, food transport, refrigeration and cold chain services.