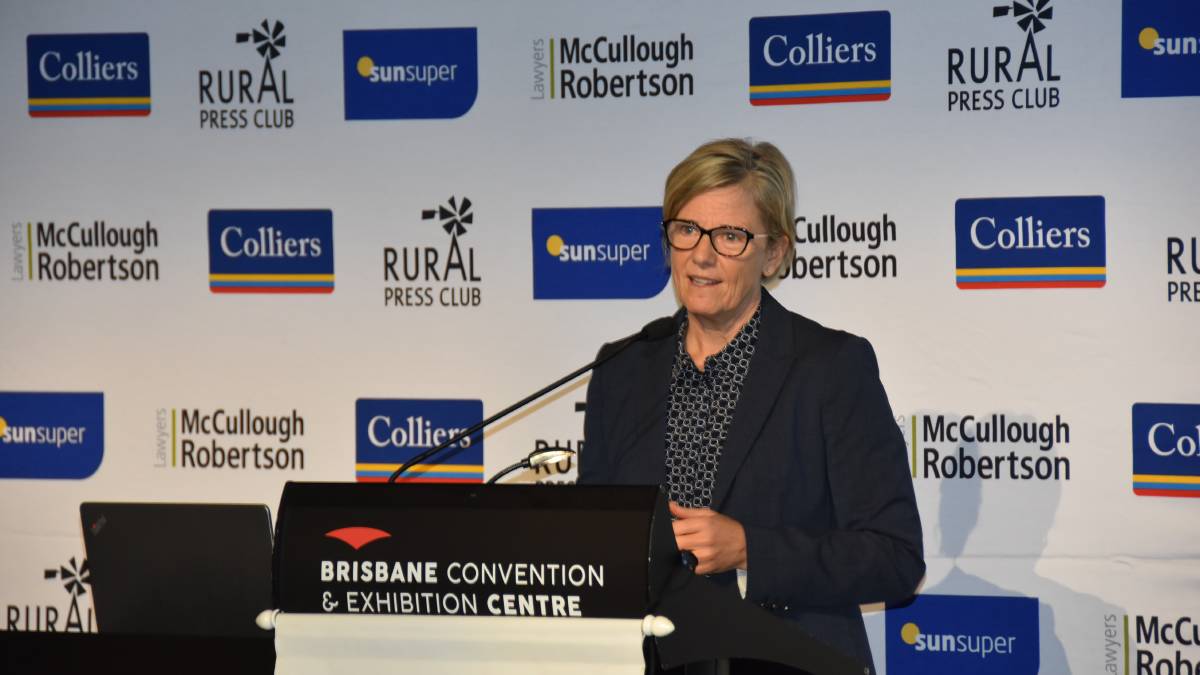 AGRITECH has the potential to be the "main act" when it comes to driving Australian agriculture toward a $100 billion target worth, not a tool in service to, according to Dr Nancy Schellhorn.

The former CSIRO scientist and co-founder of RapidAIM was the guest speaker at the Rural Press Club of Queensland breakfast last month, held to coincide with Hort Connections 2021.

Dr Schellhorn spoke on meeting ag's global challenges with the internet of things.

Her credentials for speaking on the topic are backed by the RapidAIM concept itself.

It provides a digital pest surveillance and forecasting tool for farmers, growers and communities.

RapidAIM's analytics system detects the exact location of insects such as fruit fly, as soon as they arrive, before notifying growers via an app on their phone.

Dr Schellhorn referenced a 2018 World Intellectual Property Organisation study which ranked Australia 76th in the world for innovation efficiency (defined as output per input based on turning research into commercial outcomes) on the Global Innovation Index.

"I think what this says is that we are on a good wicket but we can do better," she said.

"Where we need to improve is our knowledge and technology output."

With the National Farmers' Federation's 2030 Roadmap as a base, Dr Schellhorn said Australia needs to shift how it views agritech as not just a supporting player.

"The overarching paradigm in the report is that agritech is a tool in service of national goals to increase our main outputs from 60 billion to 100 billion," she said.

"Can't it be the main act and not 'in service to'? I'd like to think that yes it can.

"What I think it's going to take to be the main act is that we need to change our mindset."

She said global demand for agritech is expected to grow at about 8pc each year.

Beyond just playing catch-up, Dr Schellhorn said Australia had the potential and means to become a frontrunner in the space.

"We have to use language that sets us up to be makers, not takers, of technology," she said.

"We have to be leaders that use language about creating, developing and implementing solutions."

HARDWARE: Dr Nancy Schellhorn, RapidAIM, with one of the insect detection units which are spread throughout farms or orchards to relay back information on pest numbers.

Dr Schellhorn was asked about government backing and support. She said while there had been cooperation, she realised governments needed to be "cautious and careful" with whom they align.

"At the same time, cautious and careful will never allow us to be leaders," she said.

"Leadership means we want to be makers of something. We want to be on the front foot. We do not want to wait and see what everybody else does.

"Today we can save the government 35 per cent of how they do surveillance for fruit fly."

"If there is an outbreak, we demonstrated we can save them at least 60pc because of the quick-time nature of the data.... it's very targeted."

DR Schellhorn said RapidAIM was well positioned to capitalise on the shifting trend in agricultural pest control and chemical use.

She said the trend was for much more precise pest management, particularly from corporate cropping.

"There isn't a single traditional chemistry in the pipeline any more. If anything, they will start to phase those out.

"The exciting stuff is the much targeted, specific stuff with biologicals."

She was also asked about the increasing number of farm management and data gathering apps and platforms being launched, and whether that was hindering or helping modern producers.

Dr Schellhorn said the integration of platforms was already happening.

"As we go through this new type of technology wave, we will start to see integration, we will hear what our customers are saying and we will look for ways to streamline information and hopefully minimise the frustration to the end user by still capturing that value," she said.

She also indicated that RapidAIM was working on an algorithm to detect the crop-menacing fall armyworm which was making its way across Australia.

But she said such developments took time and that she hoped the system would be ready for the pest by June next year.