FWFWW 1: Sorting out who's who and who's gone home. 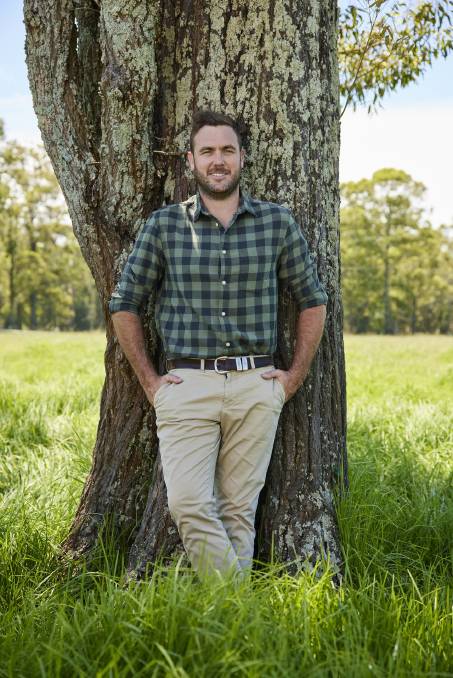 LOOKING FOR LOVE, OR SHEEP: Farmer Andrew does his share of staring off into the distance. Photo: Prime 7.

SO, just to recap, in case you've been out getting a cuppa, the farmers chose five ladies, took them to their farms and are busy wooing them with a mixture of pecking chooks, leaking pipes and uncooperative sheep.

If that doesn't turn them on, nothing will.

The first bit of drama was when each farmer got to draft out one special lady to spend a whole 24 hours on the farm with him before the rabble arrived.

An astute young man I know suggested each farmer should have chosen more wisely, for instance taking the vet or the plumber back first so they could get all the cows preg-tested or pipes fixed before everyone else turned up.

Farmer Rob, a kindly woolly Man From Snowy River, has already given two ladies the boot, but he did it so nicely you just want to give him a warm hairy hug.

Farmer Will rides a horse a lot and spends time drinking wine by a campfire. I mean, who doesn't? He has three fillies left.

Farmer Andrew doesn't like people telling porkies or drama. And he's a bit cute. Oh, and he's got four ladies left on the farm.

So far we've seen lots of people sitting under trees and leaning against fence posts, looking thoughtfully to the horizon.

There is also the occasional shot of a young lady walking wistfully along picking pretty yellow flowers, which are actually St John's Wort, but oh well.

We've seen lots of special one-on-one dates, such as romantic candle-lit dinners in the shearing shed and cuddling up on hay bales and rugs at ute musters.

I must have gone to the wrong type of ute musters in my youth, because all I used to see there was a bunch of drunken yobbos in blueys dragging a port-a-loo around with their utes, with some poor terrified bugger inside clinging on for dear life with his pants around his ankles.

Ok you're caught up. On with the show!

Farm Lesson of the Day: If you're ever needing to unload a bunch of sheep off a truck at night, be sure to shine a heap of bright lights in their eyes. It really speeds up the process.