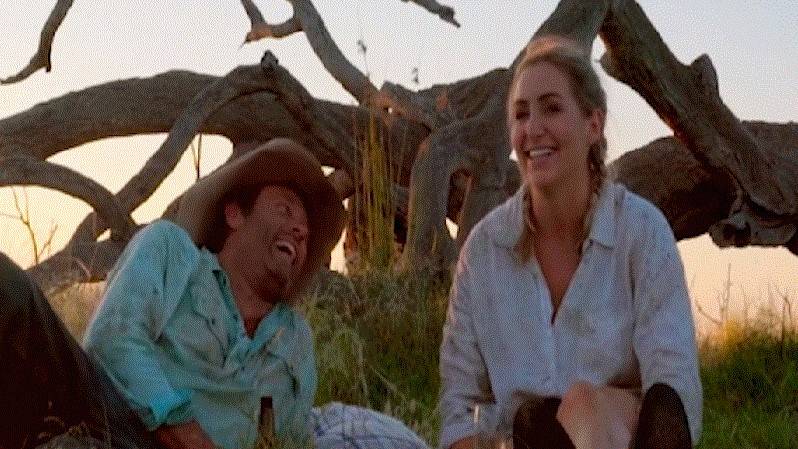 CLEAR: This screenshot from the Farmer Wants a Wife Facebook page might be dodgy, but there's nothing dodgy about the connection between Farmer Will and Jaimee. Or is there?

WELL, Episode 8 of Farmer Wants a Wife had something for everyone - pigs, flower theft and woolly Returning Rob.

After asking all his ladies to leave, and hanging out with his horse, Farmer Rob got a whole new bunch of ladies.

Rob you ole' dog you - you went and drafted off a mob of culls and then went straight into another trade.

So, Rob takes Vici back to the farm. She has feathers in her hair and loves horses. And she keeps calling Rob the Man from Snowy River. Like, a lot.

I'm concerned she thinks he was our young lad that barreled down that mountain side after the brumbies; just a little seasoned.

She also bought an Akubra Snowy River for the occasion. Vici, you should have a chat with Farmer Sam about hat-wearing etiquette - he can tell you what not to do.

Over at Farmer Andrew's, he's dragged his brother and the greatest man on television - his dad Chops - in to help him set up a date for Jess.

They've taken a cement trough down to the river side for a romantic bath.

Andrew asks Chops: "Did you do these kind of things for mum?".

Chops responds: "No, she didn't take much catching". Burn.

Andrew has gone all out - there's nothing like a date with flowers, lanterns, rolled towels, champagne, sitting in a trough in filthy river water. Ah, romance.

He also flogged a bunch of roses from his mum's garden. Double burn.

Meanwhile, Farmer Sam has taken Nickia for a hot air balloon ride. It's magical. Moving on.

Up the mountain, Rob and Vici jump on some horses and go for a slow-mo gallop through the trees. Rob's magnificent beard is very aerodynamic.

Rob comments how well Vici sits on a horse just as we see her bouncing around like a sack of potatoes on a bumpy road.

Then all Rob's ladies arrive at the farm. I feel like we've seen this before. Oh, that's right...

Meanwhile, Farmer Will has taken Jaimee for a burn on the side-by-side. Will ends up sobbing after Jaimee takes the wheel and drives like a maniac through the mud and dirties his shirt.

It was a big night for snogs too - Will and Jaimee have a mud-covered snog; Farmer Matt takes Alex for a swim and they have a river snog; and Farmer Andrew and Jess have a snog in the trough while his mum's poor beheaded roses float sadly past.

And then comes the issues that pops up every season - when you go on Farmer Wants a Wife, that means - wait for it - the farmer expects you to come and live on the farm.

All of a sudden the reality of having to deal with sheep poo, dust and maybe even mice for the rest of your life sinks in. And they're all wondering how to get an Uber out of there quick smart.

Next, Rob begins his draft. He takes his shiny new ladies to fix a flood gate. I figure he's basically seeing who will have a crack and get in the water to fix the fence.

Sarah sits on the edge and watches the others splash around.

Bad move Sarah. This was an audition. 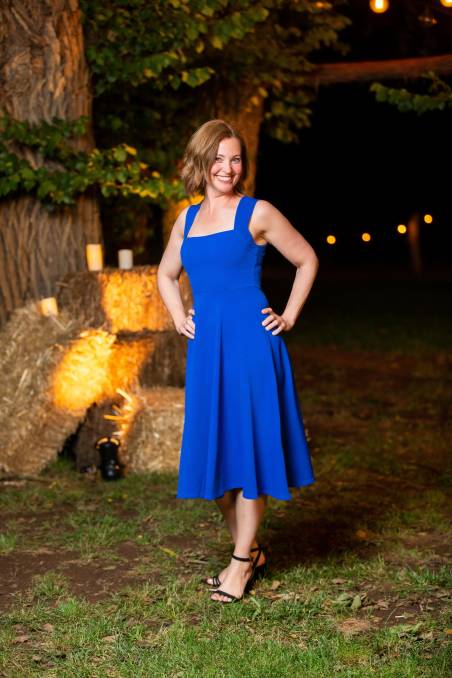 Farmer Will has briefly overtaken Sam in the race for worst farm fashion - a lurid blue shirt with cockatoos on it has taken the lead.

But instead of watching him plant trees, we're more interested in watching the cool pig wallowing around in the background.

Now the real test comes for the ladies - the farmers have invited family and friends over to be judgy.

With this, we get to see a lot of awkward conversations about who they think is best suited. The things we all took away were:

The daunting farewell dinner looms. Cue shots of the boys staring off into the sunset from a fallen log or fence post.

They bypassed yet another shot of Farmer Sam walking along stroking a paddock of pretty yellow flowers. It's called canola, Sam.

So, with thunder rolling in the background, Sam gives Nickia the flick, but she's a good sport about it.

Farmer Rob assembles his ladies and I was kind of expecting him to tell them all to hit the frog and toad, but instead the lady who didn't help with the fencing got shown the door. See, told you.

At Will's, Jaimee is sitting around looking as confident as a Mountie on parade, but once he decides not to send anyone home, she is filthy.

You would think, in the time of COVID-19, that getting rid of people out of your house would be a bonus. Then there's more toilet paper for everyone. Anyway.

Farmer Andrew is still worried Jess doesn't want to live on a farm. He must be a psychic. He doesn't send anyone home either.

But at Farmer Matt's there's all sorts of drama. Tara pretends to help Matt clear dishes so she can talk to him about heading home.

She doesn't feel it's right to have to fight for someone's attention and affection. She's clearly never seen the show before.

The worst part is Matt wasn't even going to give her boot, and he's devo.

Farm Lesson of the Day: Make sure your sheep aren't fly struck before a drone takes majestic footage of them.