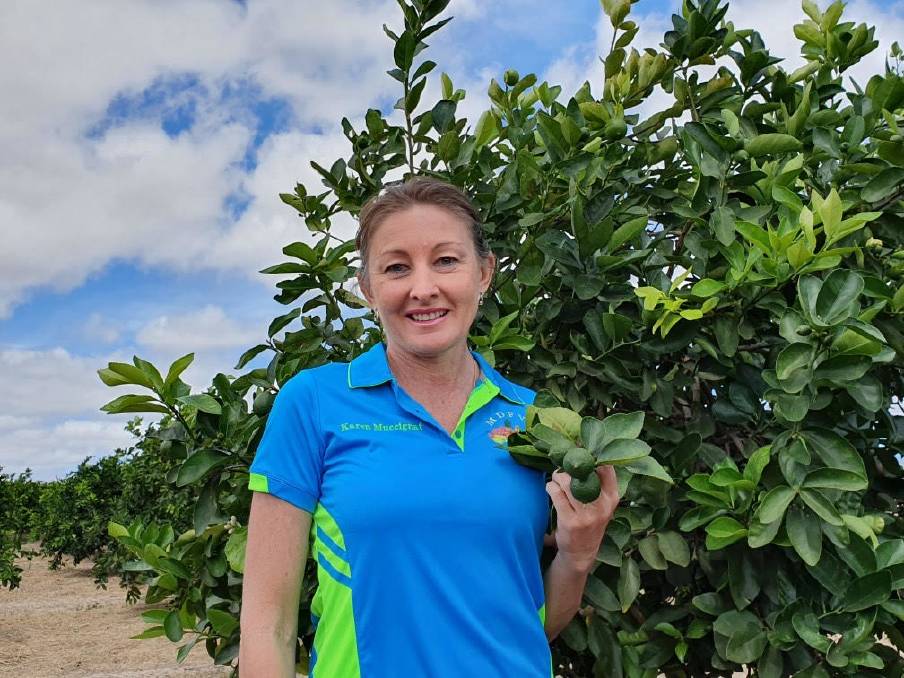 WAITING: Mutchilba lime grower of 32 years, Karen Muccignat say she believes Australian growers have been made the sacrificial lamb with the free trade agreement.

Horticultural advocacy group Far North Queensland Growers has formally opposed the moves made by the Australian government that support the import of Mexican limes into the country.

The federal Department of Agriculture has prepared a draft report to assess Mexico's proposal to gain market access in Australia with the fresh Persian lime fruit for human consumption.

Lime growers on the Tablelands aired their concerns, which were captured by FNQ Growers and formally documented in a submission into the draft report for the review for biosecurity import requirements for fresh lime fruit from Mexico.

The main public consultation period has now closed, with the report going into its risk analysis stage where public comments will be reviewed, and the biosecurity risks will be assessed and analyzed.

Joe Moro, FNQ Growers chair said limes were one of the fastest growing horticultural commodities in the far north, and valued at more than $48 million.

"The risk of Mexican lime imports is very real to our industry," Mr Moro said.

More limes are produced in the far north than anywhere else in Australia.

Mr Moro said growers in the north were concerned about the biosecurity threat posed by the potential Mexican import.

"Understandably, growers need assurances from the government that the lime imports will be subjected to stringent conditions that will protect Australian-grown limes.

Minister for agriculture David Littleproud said the risk assessment that takes place as part of the free trade agreement is bound by WTO rules.

"We are working to make sure the risk assessment is assessed in an open transparent way," he said.

"We obviously already have limes imported as we speak, and will now assess Mexico's application predicated on the risk that they pose."

Mr Littleproud said trade was a two-way street and the only reason the federal government could decline an application is on scientific grounds. But the science must remain transparent and unbiased.

"We are bound to make those assessments in a transparent way, but we cannot reject an application if they meet the biosecurity standards otherwise we would be in breach of the WTO rules," he said.

Mutchilba lime grower of 32 years, Karen Muccignat believes Australian growers have been made the sacrificial lamb with the free trade agreement.

"Mexico has a similar climate to ours and they have around 101 pests and diseases that they've reported," she said.

"Its easier for Mexican limes to come into Australia then it is for me to send limes to Western Australia.

"We really want the federal government to have a serious look at it. If they won't stop it, at least put this cold treatment on fruit coming in, the same as what we have to do as growers to export somewhere else."

Ms Muccignat said there are more young families entering the industry in the north and urges the public to continue supporting Australian farmers.