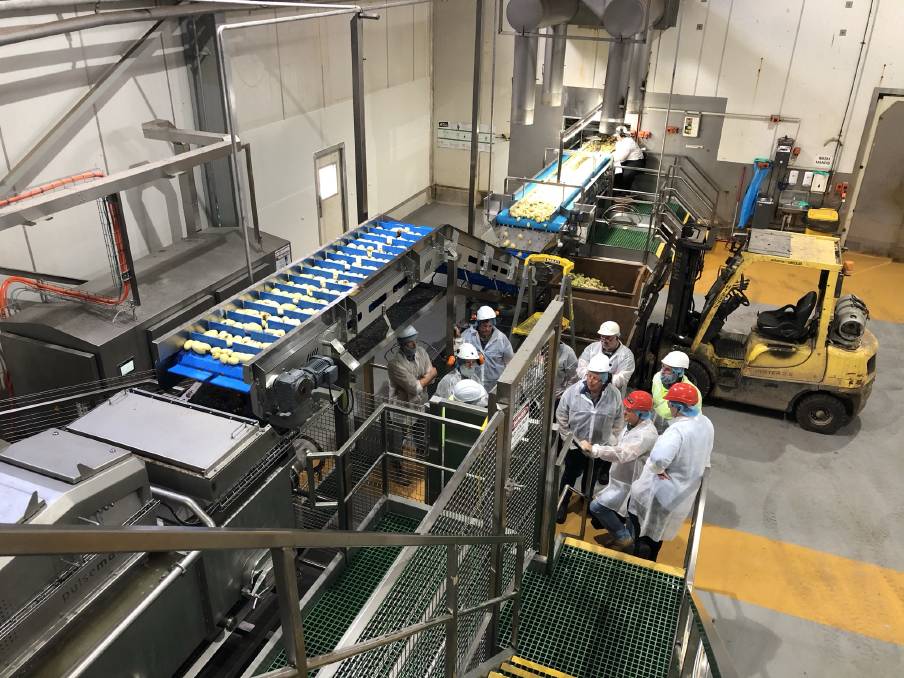 NEW TECH: A pulsed electric field generator has landed at Smithton to cut the amount of water and energy needed. Picture: Supplied

THE new $1.8 million piece of technology at McCain Foods Smithton plant is no spud, with the pulsed electronic field generator both efficient and slashing water and energy use.

Mr Gillies said the generator resulted in the potatoes being pulsed with an electric field rather than being steams, which slashed the plant's energy and water usage.

"The plant has reduced water usage this year by more than 100,000 litres per day, and the pulsed electronic field generator system will also save the plant approximately 276 tonnes of carbon each year, and around 33,000 gigajoules of energy due to the increased efficiency and reduced wastage," Mr Gillies said.

We're really excited to implement this cutting-edge technology at Smithton, due to the working capabilities and environmental benefits it incorporates - Gordon Gillies

He said traditionally McCain used steam that was generated primarily by burning wood, in the pre-treatment process.

"Which is no longer required."

Mr Gillies said the electric field that was pulsed through the uncut potatoes resulted in less oil being absorbed when the potatoes were cooked.

"It is also physically smaller than the old pre-heaters, saving space within the plant and creating a brighter, more spacious work environment."

Mr Gillies said adopting the new technology was an important step to reducing the plant's environmental footprint and continuing to improve its sustainable practices.

"We're really excited to implement this cutting-edge technology at Smithton, due to the working capabilities and environmental benefits it incorporates.

"This was an opportunity to set new benchmarks in our industry as we continue to focus on becoming even more environmentally responsible.

"This contributes to McCain's global commitment to reducing CO2 emissions from our plants by 50 per cent by 2030."

The story Potatoes green move is no spud in cutting carbon first appeared on The Advocate.