A good season for hort in many parts could help the industry. 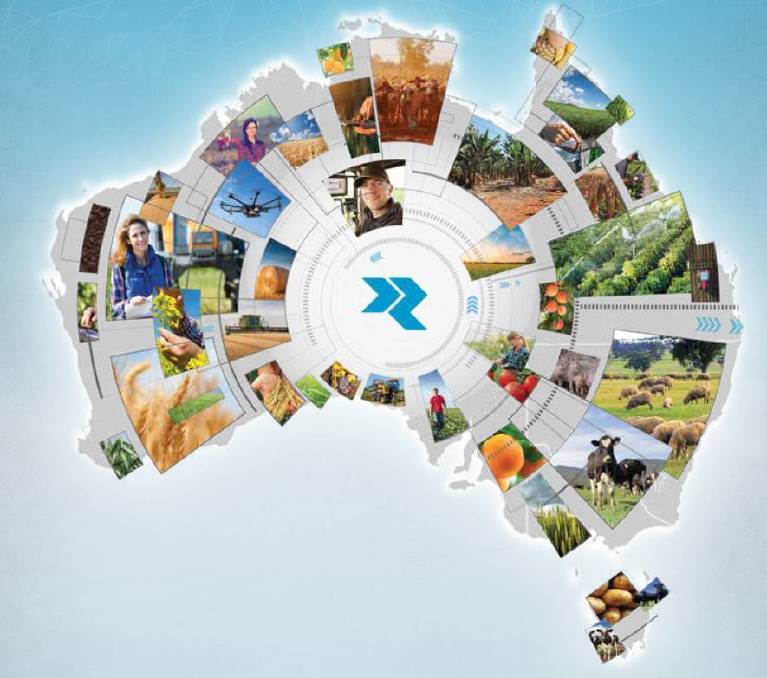 FUTURE: Rural Bank has released its Australian agriculture mid-year outlook which analyses the performance of six industries - cattle, cropping, dairy, horticulture, sheep, wool and the broader economy, providing predictions for the coming half of the year.

BONUS beneficial winter weather may have put a smile on some horticulture producers' faces but it's the uncertainty around labour which continues to shove price predictions around the most.

The report analyses the performance of six industries - cattle, cropping, dairy, horticulture, sheep, wool and the broader economy, providing predictions for the coming half of the year.

"These favourable growing conditions have ensured strong production across most of the country while demand for locally grown produce has remained high," Mr Reilly said.

But the report couldn't ignore the need for workers as still something of an uncertain hurdle for production gains.

"Seasonal labour shortages will be an ongoing issue for horticultural producers with many growers still struggling to fill their labour needs," Mr Reilly said.

"There are hopes this shortage will ease over the coming months with peak harvest period for many major crops now slowing as we head into the winter months."

Rural Bank's report said the revamped Seasonal Worker Program and Pacific Labour Scheme are options for growers, though a lack of accessibility and quarantine restrictions will continue to present issues.

Overseas labour over the next six months and into early 2022 is forecast to reach around 70 per cent of pre-COVID-19 levels which is a significant improvement on present numbers, currently sitting around 30pc, the report said.

The recent announcement of an agriculture visa is likely to further mitigate labour issues in the longer term.

In expectations for fruit, the report paid particular attention to the avocado and citrus industries.

DEMAND for citrus is patchy with a considerable reduction in exports to China due to extended hold-ups at Chinese ports, though demand from Japan and the Middle East remains strong, according to Rural Bank.

"Domestically, there has been a small decline in supermarket citrus purchases which will be a concern for growers ahead of the anticipated increase in production," the report said.

"Navel orange prices are currently sitting a touch above last season with values forecast to drop by 10-20 per cent over the next couple of months as additional supply comes to market.

"Mandarin and lime prices are also forecast to fall throughout the winter months. Citrus prices should begin to start picking up again around the October-November period depending upon supply."

AVOCADO demand in Australia has continued to trend upwards, with total consumption rising to 3.88kg per capita, the Rural Bank report said.

However, domestic avocado prices are already some of the lowest recorded in the last decade.

"Prices will remain at current levels throughout winter before slowly rising by up to 30 per cent heading into late spring as supply begins to drop off," the report said.

"Avocado prices remain near all-time lows as new plantings continue to come into production. Prices will begin to normalise heading into August as supple begins to slow."

Hass avocado supply is anticipated to increase further over the coming months, with growers expecting the market to move towards oversupply as additional plantings over the past eight years begin to fruit.

Harvest will slow heading into August which should see supply slowly return to normal levels in late spring, the report said.

A BOUNCE-back in the food service sector has held vegetable producers in good stead.

Rural Bank says domestic demand for onions, broccoli and carrots remains high given they're staple vegetables in both home cooking and the food service industry.

"The strong recovery in the foodservice sector has continued over the past six months. Food service revenue in March 2021 was estimated at $4 billion by the Australian Bureau of Statistics, slightly above the pre-COVID level of $3.9 billion in February 2020, which helped to further increase demand for these staple vegetables," the report said.

"The continued lack of seasonal workers has seen some growers reduce sowing rates which may in turn adversely impact supply for labour-intensive vegetables towards the back end of 2021."

Rural Bank's chief operating officer, Will Rayner, said even when taking the challenges thrown at agriculture as a whole, there was cause for optimism on the outlook for Australian commodities.

"Although South Australia and western Victoria experienced a dry start to 2021, the probability of a wet winter is looking positive for the production of most commodities and will assist continuing efforts to rebuild livestock numbers," Mr Rayner said.

"Market sentiment has improved on early signs of recovery from the impacts of COVID-19 as outbreaks in key export markets slowly come under control and vaccine distribution rolls out.

"Economies globally will continue to emerge from lockdowns of varying degrees and consumer confidence should rebound, strengthening demand for wool and dairy - commodities that experienced a decline in 2020.

"Demand is also strengthening for the horticulture and red meat sectors and we are anticipating Australia will produce a winter crop 13 per cent above average, with generally optimistic forecasts for rainfall."