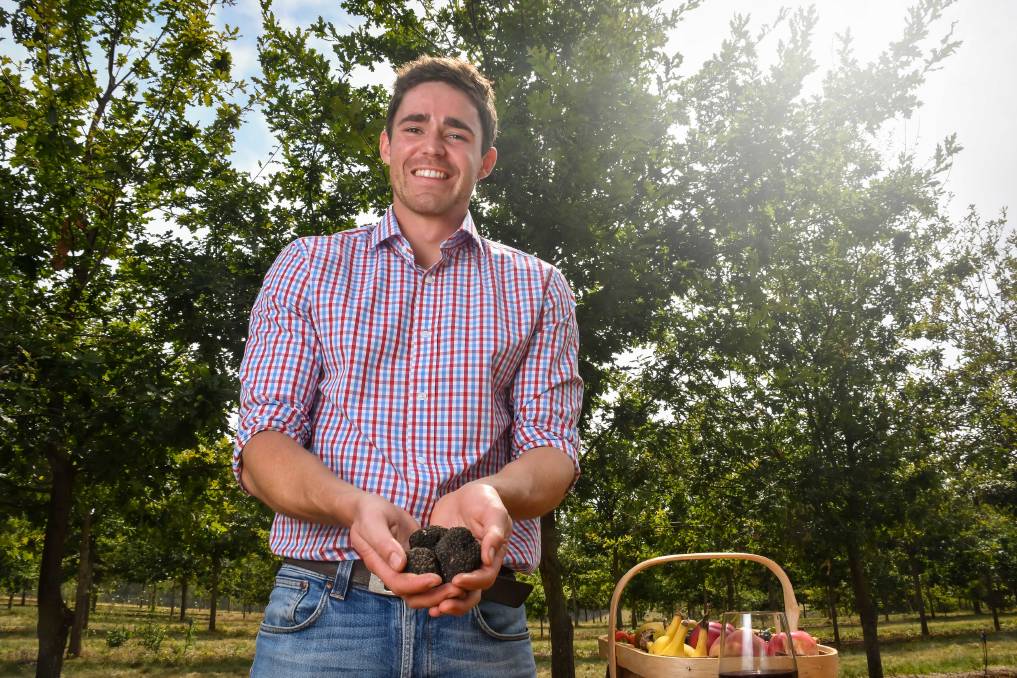 It takes a special family to foster something as special as truffles.

I DECIDED to spend a day at an agriculture forum in Ulverstone last week.

I have to declare a vested interest - it was run by the lead consultant in the WalkerAg Consultancy, a bloke named Tim Walker.

Over a hundred turned up, and, whilst not downgrading the eight excellent presenters, as is usually the case the most fruitful periods were the random chats during the morning coffee and lunch time breaks.

For example, I was pleasantly surprised to be told by two of those hundred or so that they enjoyed reading my column.

As it says at the end of my column, I welcome feedback so PLEASE e-mail me on: wvipl@activ8.net.au.

The eight speakers were all very informative but the main drawcard was Henry Terry, from Tasmanian Truffles which are now known worldwide. As it says on the web:

"Tasmanian Truffles is one of the largest, most mature and commercial oak tree plantations producing Black Truffles in Australia."

"First established in 1994, the 30 hectares of plantation is today an impressive stand of English/French Oak and Holm Oak."

So what is a truffle? It's the fruiting body of a subterranean ascomycete fungus (a sort of underground mushroom).

They're usually found in close association with tree roots (ectomycorrhizal to be more scientific). They can become very large.

As it says in Wikipedia: "In June 2014, a grower harvested Australia's largest truffle ...it was a French black Perigord fungus weighing 1.1172 kg and was valued at over $2000/kg."

That's just for record breaking - the most popular size is that of a marble.

There are several species.

The main ones are the black (or black Perigord) which is the second-most commercially valuable species, the summer/burgundy, the white (found mainly in Italy), and the whitish (found mainly in Tuscany).

Then you have Oregon black/spring white/winter white/brown, and so forth.

They have a very long history.

The Amorites apparently ate them in the 20th century BC, but their origin was a mystery, as were techniques of domestication over the centuries.

Brillat-Savarin made an astute comment in 1825: "The most learned men have sought to ascertain the secret, and fancied they discovered the seed."

"Their promises, however, were in vain, and now planting was ever followed by a harvest.

"This, perhaps, is all right, for, as one the great values of truffles is their dearness, perhaps they would be less highly esteemed if they were cheaper."

Because of the price and their very pungent aroma, they are used sparingly.

They're generally served raw and shaved over simple foods, such as pasta or eggs. You may be surprised you can purchase not only truffle salt but also truffle honey

"He and his sister Anna now run the business and continue to grow world-class black truffles on their Deloraine farm.

"They are best friends and the devoted heart and hands of Tasmanian Truffles."

Don't take my word for it.

Deloraine is only 50km from Launceston, so when you next come here for your quality Tasmanian holiday, why not visit Tasmanian Truffles?