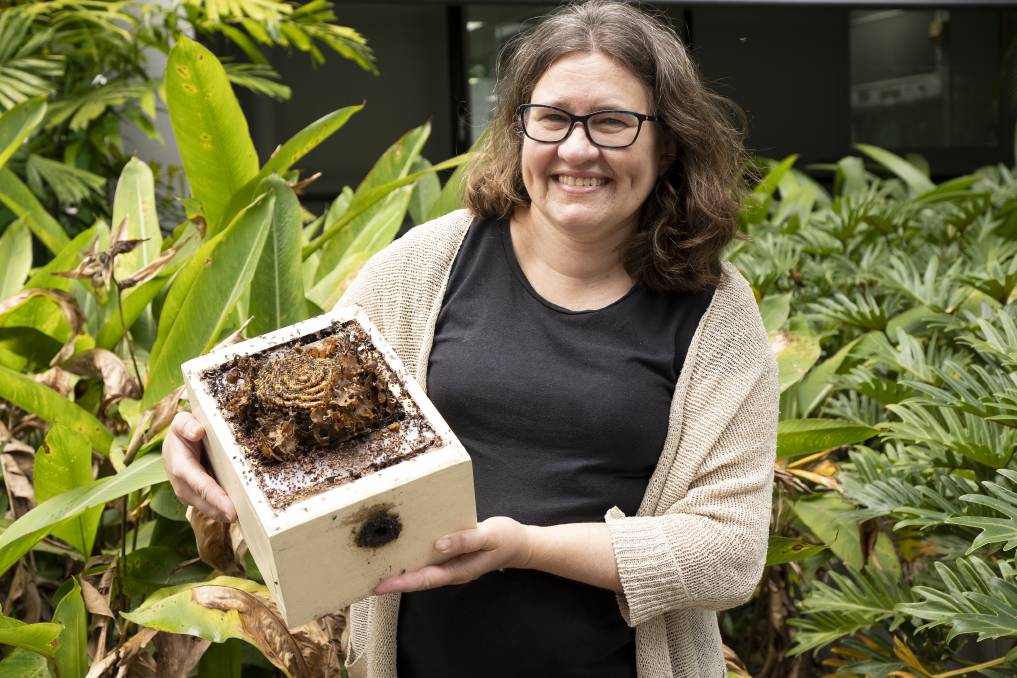 Stingless bee honey is valuable and highly prized. And it comes from bee guts.

THE gut of stingless bees has been found as the secret behind the creation of their potent and valuable honey.

The honey of stingless bees contains a rare, healthy sugar, and is highly prized.

Researchers at the University of Queensland, in collaboration with Queensland Health Forensic and Scientific Services found that the sugar trehalulose - which is not found in other honey or as a major component in other food - is produced in the gut of the bees.

UQ organic chemist and research leader, Dr Natasha Hungerford said the origin of the rare sugar had been a puzzle since the discovery of high levels of sugar trehalulose in stingless bee honey.

"We did not know if the trehalulose was coming from an external source - perhaps from native flora," Dr Hungerford said. Stingless bees are found throughout tropical and subtropical parts of the world.

However, stingless bee honey, which is sought after as a specialty food, is noted in Indigenous cultures for its medicinal properties and attracts a high price.

"Trehalulose is more slowly digested and there is not the sudden spike in blood glucose that you get from other sugars," Dr Hungerford said.

"We fed confined colonies of the Australian stingless bee Tetragonula carbonaria the most common sugars found in flower nectar - sucrose, glucose and fructose," she said.

BUSY: A stingless bee makes the most of a strawberry flower. Photo: Tobias Smith, University of Queensland.

"What we found is that stingless bees have a unique capacity to convert sucrose to trehalulose and produce honey rich in trehalulose in their gut."

Native plants such as Grevillea and Banksia are believed to have nectar high in sucrose, and it is believed bees feeding from these plants will naturally produce honey rich in trehalulose.

The team also found that stingless bees fed a solution containing table sugar could convert it into a "honey" containing high levels of trehalulose.

"But the 'honey' they produce from table sugar does not meet the requirements of real stingless bee honey which is made from nectar," Dr Hungerford said.

"The honey we produced in the lab is in fact fake honey, and we were able to distinguish it from natural honey by isotopic testing.

"This trehalulose-rich syrup that was produced might be considered a potential secondary product of stingless bees, but it is not honey. "It is also not good for the health of the hive to feed the bees only table sugar.

"Honey contains a complex range of phytochemicals from nectar, making it vitally important for brood rearing and the expansion of the colony population."

The UQ team will now work to identify different horticultural crops that have nectar high in sucrose.

"We want to investigate the nectar sugars present in crops such as macadamia, lychee and avocado, and whether stingless bee pollination of these crops could result in a high level of trehalulose in their honey," Dr Hungerford said.

The research was funded by AgriFutures Australia, Queensland Health, Department of Agriculture and Fisheries and the Australian Native Bee Association.