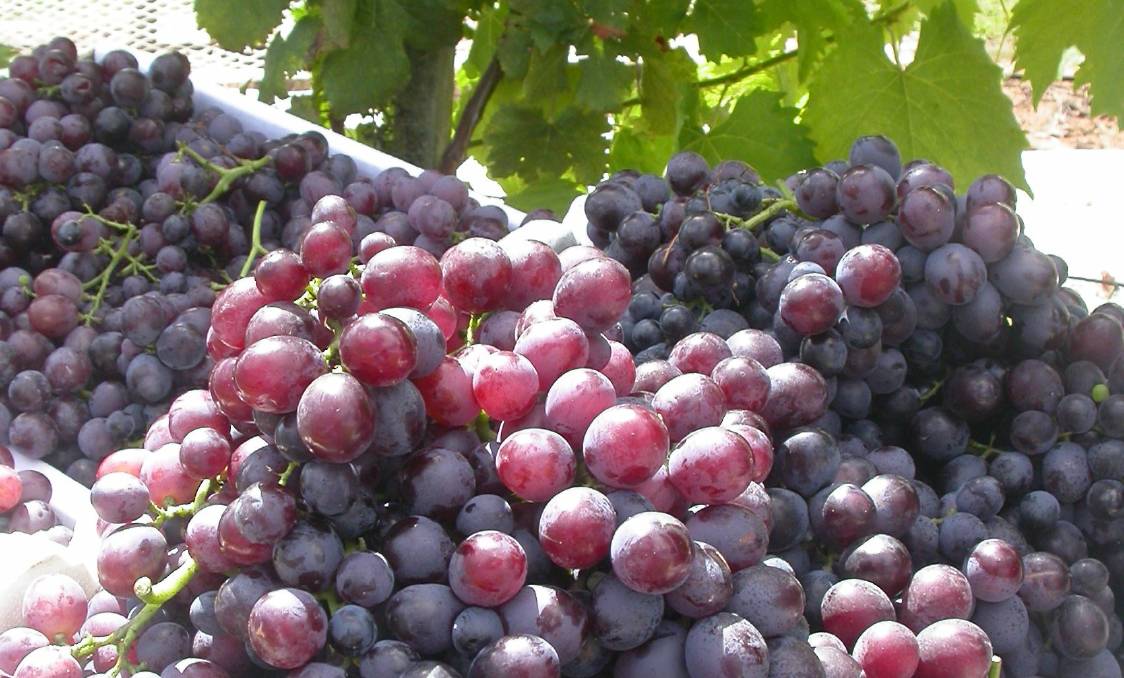 LOWER: Export value to China declined by 40pc in 2020/21. This was the first time since 2010/11 that table grape export values had declined, primarily due to ongoing trade tensions with China.

TENSIONS with China have hit the Australian table grape export market to the tune of $168.4 million.

While much has been made of the wine sector's losses due to Chinese tariff increases, the fresh fruit equivalent has experienced the largest decline in export value in 2020/21 of the Australian fruit sector, down 25.8 per cent to $485 million.

"This was the first time since 2010/11 that table grape export values have declined, primarily due to ongoing trade tensions with China," the report said. 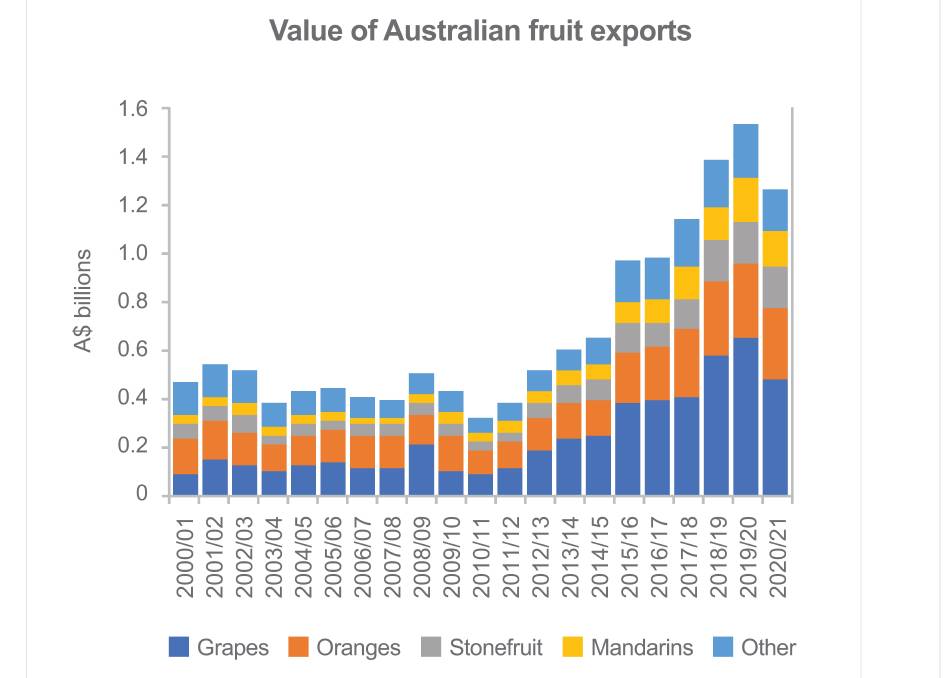 "Exports declined in response to reported delays of up to 20 days at Chinese customs which impacted the quality and value of fruit."

The overall decline in export value was driven by an 18pc cent fall in export volume with the average export price of fruit essentially unchanged for the year, the Rural Bank report said.

But there was a ray of hope given thanks to to increased production driven by preferable growing weather and the recent extension of the International Freight Assistance Mechanism through to June 2022.

"While most commodities felt the ongoing effects of both weakened demand due to COVID-19 and trade strain, Australian agriculture began to successfully diversify into multiple export markets as it navigated restricted access in varying commodities to China," Mr Dundon said.

"The coming year is looking very positive for Australian agriculture. Red meat, dairy, wool, horticulture and wine should grow in overall value, thanks to improved seasonal conditions across much of the country, which when coupled with rebounding commodity prices, should lead to growth in export value in the coming year - possibly the highest on record." 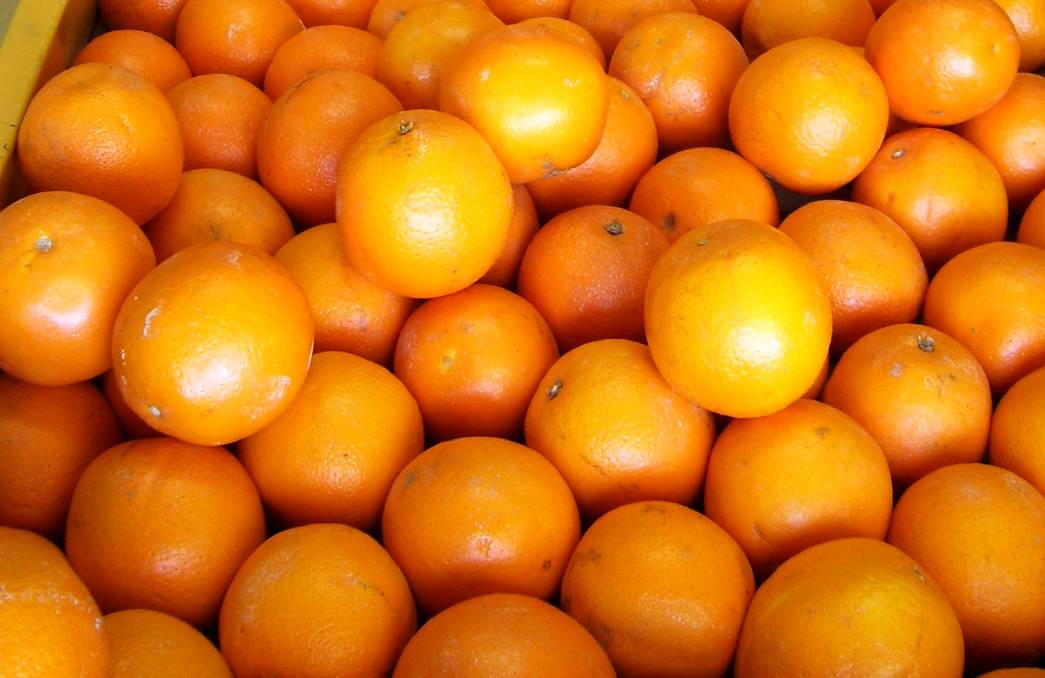 DOWN: Orange exports declined to China which also placed additional pressure on growers, although this was partially offset by increased exports to Hong Kong, Japan, Vietnam and Indonesia, according to Rural Bank.

CITRUS exports also weathered the storm of the past financial year with the value of orange exports falling by $23 million (down 7.4pc) in 2020/21 to $287.2 million following a poor season.

"A strong season is currently in progress which will see supply remain high, although reduced export demand from China may make things difficult for exporters."

Mandarin exports recorded a significant decline in value in 2020/21 following strong growth in 2019/20.

"A strong mandarin harvest is currently being reported across much of the east coast despite some issues sourcing labour," the report said.

"This should see volumes rebound over the coming year, though ongoing trade issues with China will continue to negatively impact exports."

BUCKING the trend of fruit backsliding, stonefruit exports were one of the only major Australian fruit exports to report an increase in value in 2020/21.

"An increase of over 47pc in plum exports was the main driver for increased stone fruit exports with peaches and cherries relatively stable.

"Export volume was essentially unchanged while the average export price increased by 10.7pc."