TECH: While there are great benefits to be had with farm connectivity and data flow, many agree that each operation should work out what it exactly needs before diving in. Photo: Shutterstock.

Just because the cloud is there, doesn't mean everything needs to be uploaded to it.

SITTING on the beach with a beer while the farm runs itself.

That was one futuristic vision shared of how a fully interconnected farm would work, at the Hinkler AgTech On-farm Connectivity Growers Forum in Bundaberg on October 14.

The aim of the forum was to help local agribusinesses better understand on-farm connectivity and communication technology.

While there was murmured laughter at the suggestion, the real-world insights showed that a truly online , remote-controlled farm might not be out of the range of possibility.

The presenters discussed what worked for their individual operations with the phrase "horses for courses" used several times throughout.

While each participant spoke about how their operations utilised technology, there was a consensus that not everything might work for all farms and that every individual farmer should assess what they really needed.

One example has Greensill Farming where the company has used microwave links to increase the internet reach.

Greensill Farming's Braden Hellmuth said the system wasn't perfect as he'd still like to see gaps in the data flow bridged, such as being able to see which tractors need fuel.

"It's taking the human element out of those processes," he said.

INFORMATION flow is all well and good but fairly pointless if it isn't useful for making decisions.

The thought was behind a question to the panel about how much of the data was used as a basis for farming decisions.

Red Rock Macadamias' Tate Parbery said the gathered information had to be valuable and useful.

"For macadamias, we are still at the very base level of knowing what our trees need," Mr Parbery said. 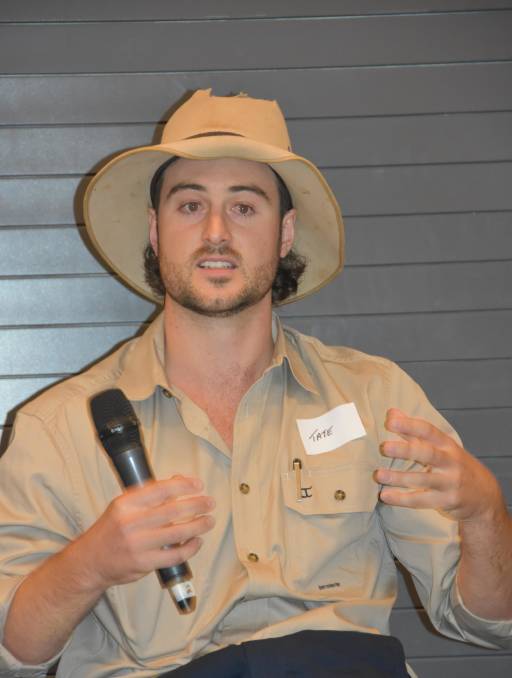 "It's about developing that data first; sifting through that data and seeing what's usable."

He said the data input was scattered, coming from different areas (ie. soil condition, weather, nutrition output, etc) which made it hard to digest in one place to make decisions.

Mr Andrews said the high flow of data would mean the increase in the development and use of artificial intelligence.

"As more data increases, we will see the rise in AI," he said.

"I think there will be so much data, analysing it through human means will just not be possible."

All three speakers agreed they had not found a single farm connectivity program which suited all their needs.

"We are looking. We are all starting that journey. I suppose that's why we are all here," Mr Parbery said. 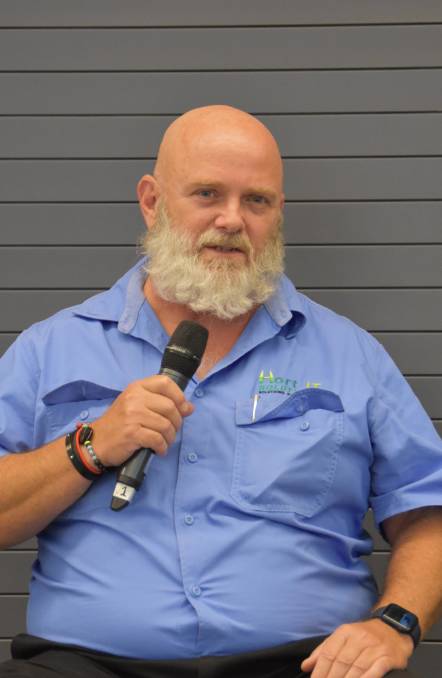 NEED: Kev Rasmussen, HortIT Solutions, Bundaberg says farmers should work out what they'd like to achieve before investing in communications technology.

Mr Hellmuth added that his company had established several custom-made programs that pull information from the company's own databases.

"Every package has to work with other packages. You won't find the program that suits everyone with all solutions," he said.

WITH an increase in farm data flow comes the increased risk of security breaches, particularly with cloud-based programs.

One issue which arose was the trade-off between showing food provenance by providing consumers instant information from the farm and the risk of data security breaches.

Mr Rasmussen said data security was at the forefront of the company's mind when developing software solutions.

Mr Hellmuth said it was about deciding which data was highly sensitive and needed complete protection, and which data had little outside value and therefore did not require as much security.

When asked about how much information the consumer wanted from a farm level, he said most fresh produce buyers wanted to know that it was fresh and local, and that's about it.

For Red Rock Macadamias which supplies mainly to processors, not necessarily the person eating the final product, Mr Parbery said many customers wanted assurances on quality and shelf life.

Mr Hellmuth questioned whether a consumer would need to know, or even care about details such as which row or paddock the product came out of, or would they prefer just a date and area.

"We're taking that data in house rather than pass it on but we can provide it if requested," he said.

Mr Rasmussen took a more general approach to what gets relayed to consumers.

"It's all about impressing upon the general public who we are and where we are. We are Australia and we have clean and green product," he said.

THERE was discussion over the need for reliable internet services and just what minimum requirements were needed for true farm connectivity.

Poor performing internet connections would make it difficult to supply a reliable flow of data.

Some information such as live feeds, vision and audio streams require greater bandwidth and stronger signals, while single transmissions such as hourly weather updates may not.

Mr Hellmuth said he was pretty comfortable with his current bandwidth, something which the company had bolstered through its own investments. 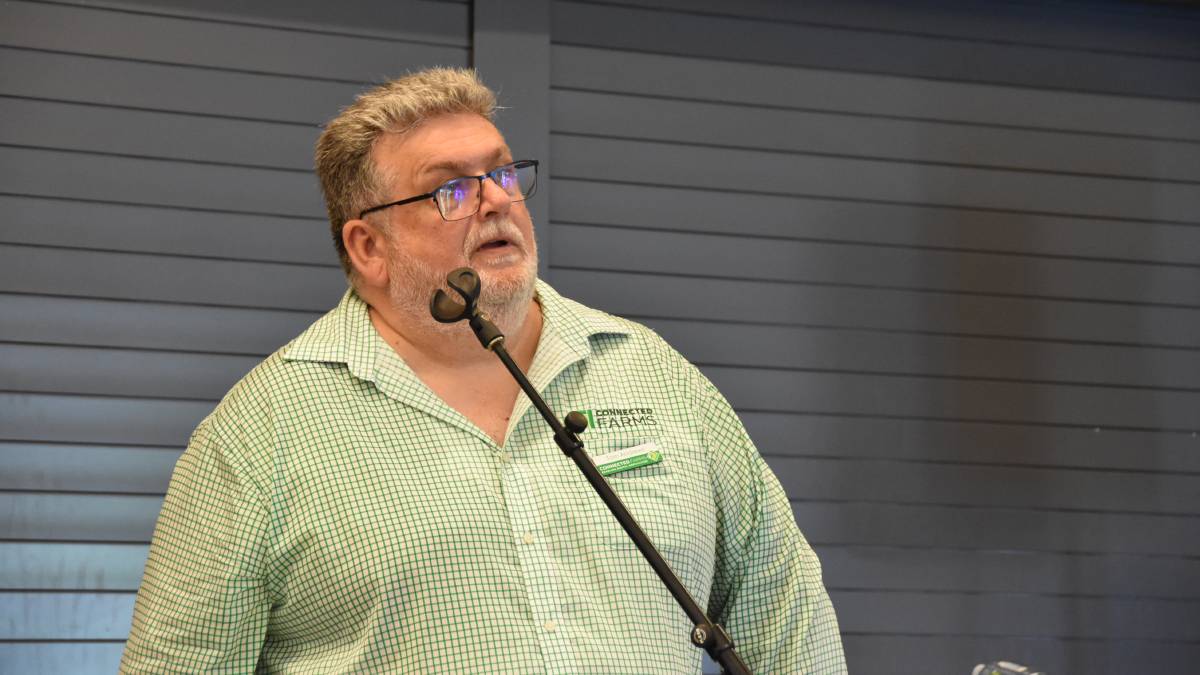 USEFUL: Tom Andrews, Connected Farms, Tweed Heads says just because the cloud is there doesn't mean growers need to upload everything to it.

However, he said the limiting factor was reliability the further away from Bundaberg a farm was.

Mr Parbery echoed a similar thought but also said that would need to level-up should the operation explore newer technologies in the future.

"We are comfortable, but if we are going to be introducing robotics into our orchards and maybe into our packsheds, where does that go? I think that's something we have to explore," he said.

Of course, not all devices need to be connected to the internet of things.

"You need to consider what's available and what you are prepared to pay for it. Far too often we just think we'll stream all of it to the cloud."

"There is a lot you can do technically but do you really need it," he said. 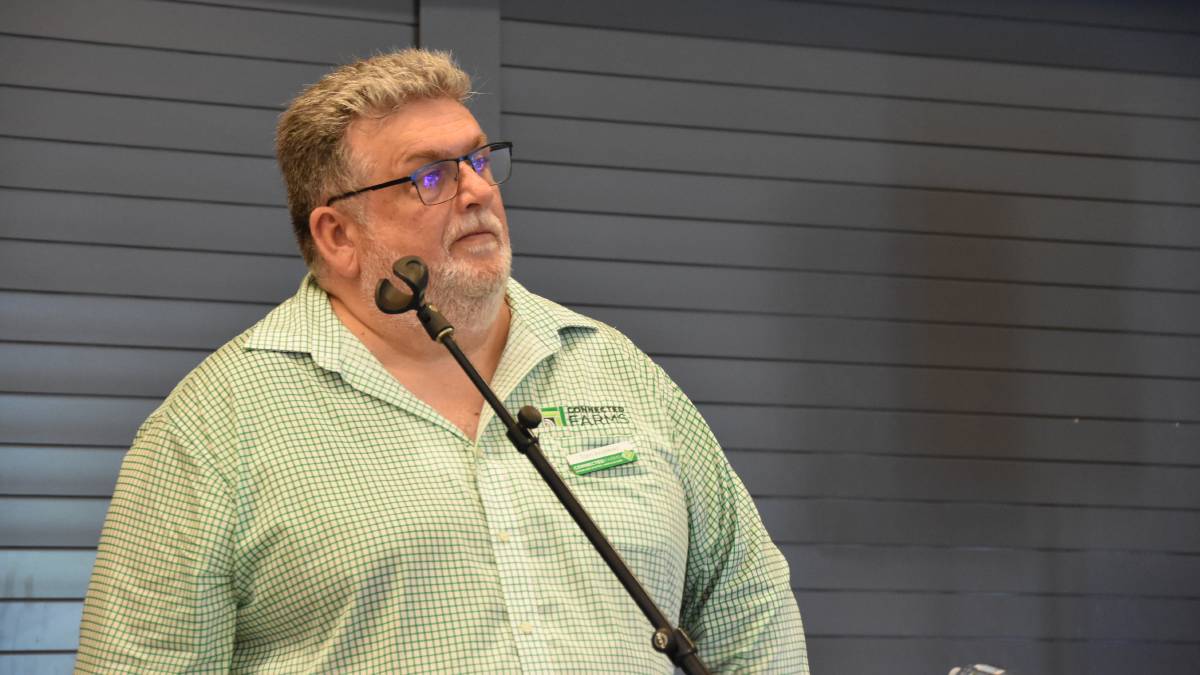 +11
Click on the image above to see more photos.

There was brief discussion on the value of the UHF network and CB radios, with participants agreeing they still had a place and were reliable.

A Telstra representative confirmed that the 3G network would cease in 2024, encouraging growers to ensure all devices are upgraded.

"If you have 3G devices, you need to be talking now to replace them," Mr Andrews said.

The forum was hosted by Bundaberg Fruit and Vegetable Growers.