A simple spray rig is helping keep fruit fly under control in Mildura. 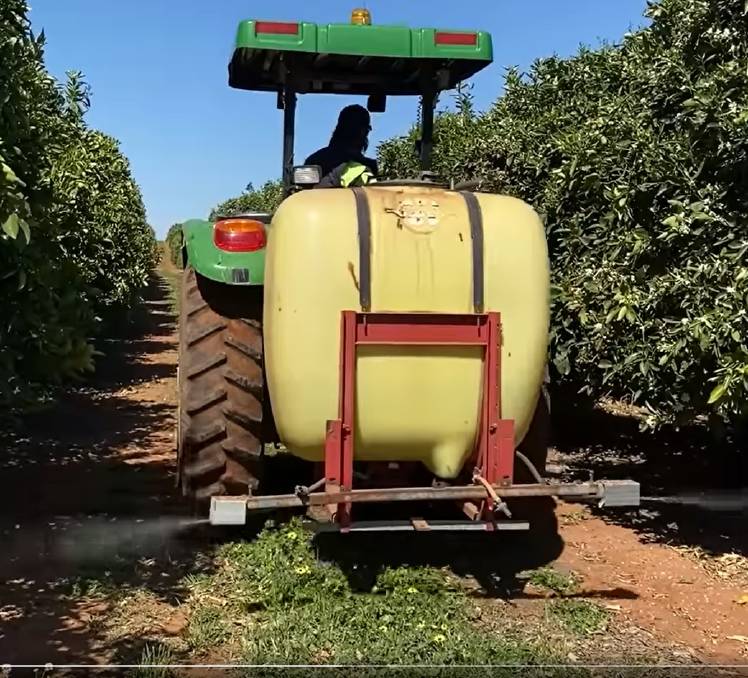 A WEEDICIDE tank "found in the junkyard" is helping quash the fruit fly pressure for a Victorian citrus producer.

In the video, Mr Minter shows the tractor-mounted rig used to suppress fruit fly within his orange and tangelo orchards.

The spray arms are protected by box-section to prevent any damage in case it comes in contact with branches.

The orchard is sprayed with a combination of Fruition Xanthan Gum, Fruition Natflav 500 (a yeast bait) and an insecticide, which is mixed together the day before application.

Mr Minter said he'd attached basic weedicide nozzles to the rig, which are angled towards the lower foliage.

"With this machine we can actually spray up to 25km/h through the orchard so it doesn't take real long to do it.

"The guys at work love it because they don't have to get off. One tank does the whole 100 hectares and it's a nice drive through the orchard with the radio going and the air conditioner on because it's usually on a cab tractor, not a ROPs."

The video was released as seasonal conditions are shaping to be ideal for fruit fly.

"We are supposed to bait weekly. Over winter we don't bait that often; it's usually every two to three weeks because they are very low active but now we have hit spring they're all coming out of the ground," Mr Minter said.

"That's one reason why we have to bait spray after harvest just for the first month or so to keep numbers under control.

"I haven't seen any fruit fly on the farm. 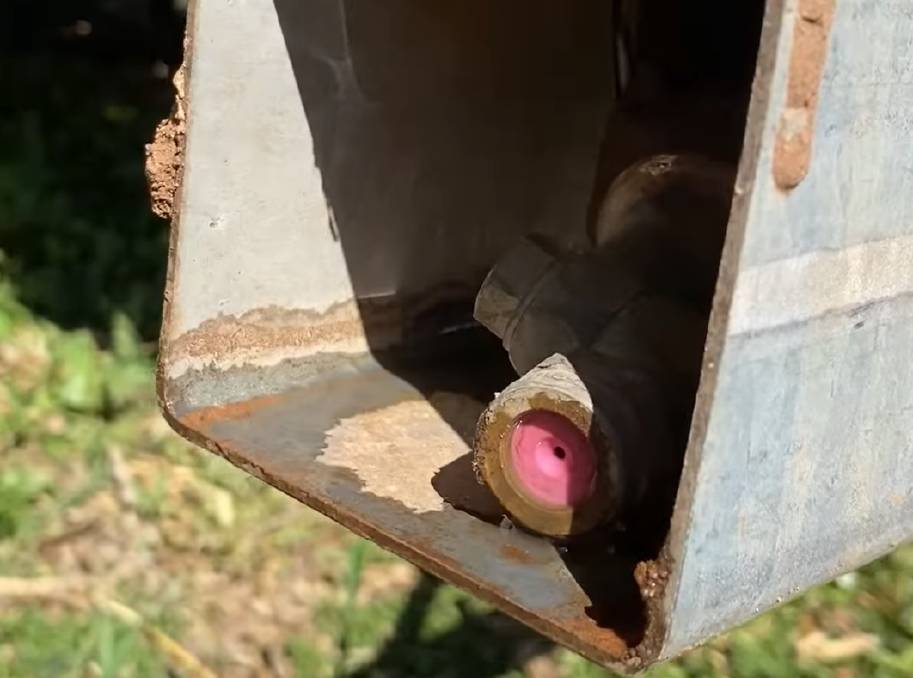 THINKING: The spray arms are protected by steel box-section to protect them in case they brush against branches.

"We've seen it on our neighbours' farms, usually in stonefruit trees, not oranges."

Mr Minter said something has stuck with him over the years that prompted his high vigilance against the devastating pest.

"The reason I am so keen to get the message out about fruit fly control is that I've seen a picture many years ago, about 2016 I think, a whole crop like this you see behind me was on the ground; perfect pieces of fruit all stung by fruit fly," he said.

Citrus Australia has done a series of videos detailing the fruit fly baiting and suppression methods of various growers, posting them to its Facebook page. 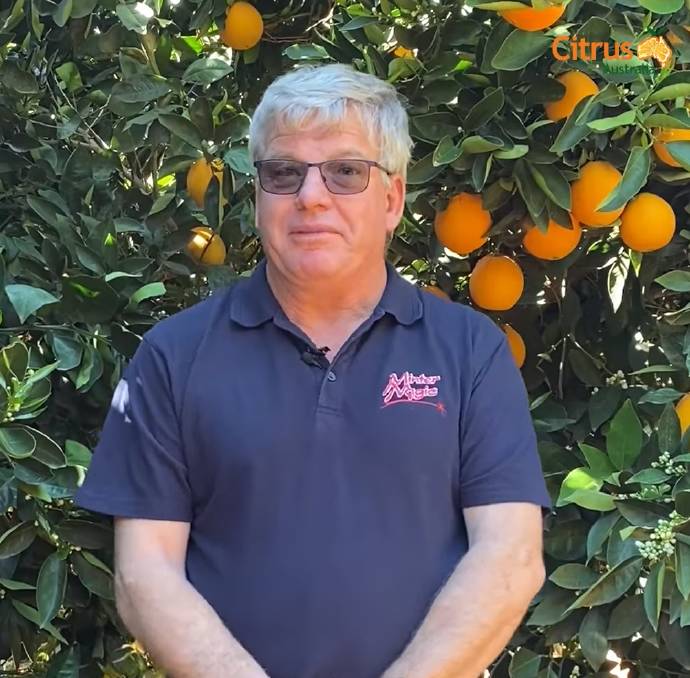 PROACTIVE: Darren Minter, Minter Magic, Mildura, Victoria says the fear of losing an entire crop to fruit fly is enough to prompt him to invest in preventing the pest.

Mr Minter encouraged growers to invest in traps, check them regularly and talk to neighbours about the emergence of pests.

He said getting on the front foot and spraying early was the key.

"If you see one, there are probably hundreds of fruit fly in your orchard but also maintenance spraying just to make sure," he said.

"Once a month, once every two weeks, just to make sure you don't have the issue because by the time you see them it's probably too late."

Minter Magic has embraced the RapidAIM fruit fly monitoring system, which works in conjunction with other users in the area to alert growers to a fruit fly appearance.

Mr Minter has also adopted other proactive on-farm management practices such as pruning trees immediately after they are picked.

The timber debris is then mulched and put back underneath the trees to increase organic matter.