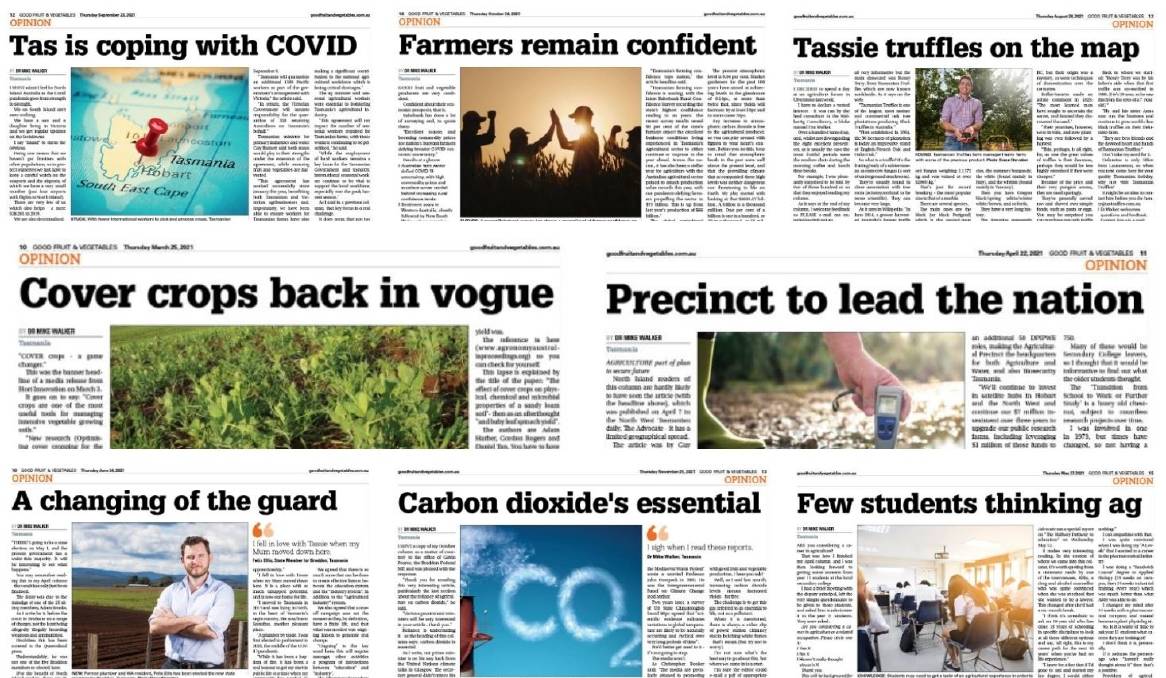 LOOKING BACK: Some of Dr Mike Walker's columns as appeared in this magazine throughout 2021.

Mike Walker covered some new, and some very familiar, topics this year.

IT'S that time of year again, when I take a deep breath, slow down and reread my 12 columns.

I blush when I read what I wrote this time last year: "I will try very hard to keep away from the theme of climate change/global warming next year, as I freely admit I'm too emotionally involved."

I had more than one swipe at climate change scaremongering.

But in my defence, one swipe generated this response from the office of our local federal MP, Gavin Pearce, to the one in my October column, in which I noted that doubling the level of carbon dioxide in the atmosphere would increase crop yields, worth about $46 million globally -for free:

"Thank you for emailing this very interesting article, particularly the last section about the reliance of agriculture on carbon dioxide. Various government ministers will be very interested in your article."

I can't campaign on my own - it would help greatly if you showed these columns to your local MP and ask for his/her comments. After all, there are thousands of you readers. - Dr Mike Walker

As I said in a later column, "reliance" is too soft a word - carbon dioxide is "essential".

I can't campaign on my own - it would help greatly if you showed these columns to your local MP and ask for his/her comments.

After all, there are thousands of you readers.

This year I've made a few comments about education, another one of my emotional involvements.

"It is enormously sad that Tasmanian teenagers are not finding their high school experience to be an engaging one, to such an extent that they are simply not showing up," said the Labor education spokesman, Josh Willie.

Ulverstone Secondary College (USC) was one of the lowest, at 71 per cent.

The highest was the North-West Support School, at 86pc.

This school focuses on "individualised, authentic and relevant learning experiences", an emotional involvement I've had for about 50 years.

As to the answer to the question "Are you considering a career in agriculture?" I put to 34 year 11 students at Ulverstone, only two said "yes" (that's 6pc).

This relies on students knowing what this involves.

This will happen if, as the Support School says: "Community partnerships are important, and we make a deliberate choice to foster strong partnerships with key stake holders".

I haven't had time to check this out at USC.

There were, believe it or not, two columns on good fruit and vegetables.

The first one had a general look at cover cropping. 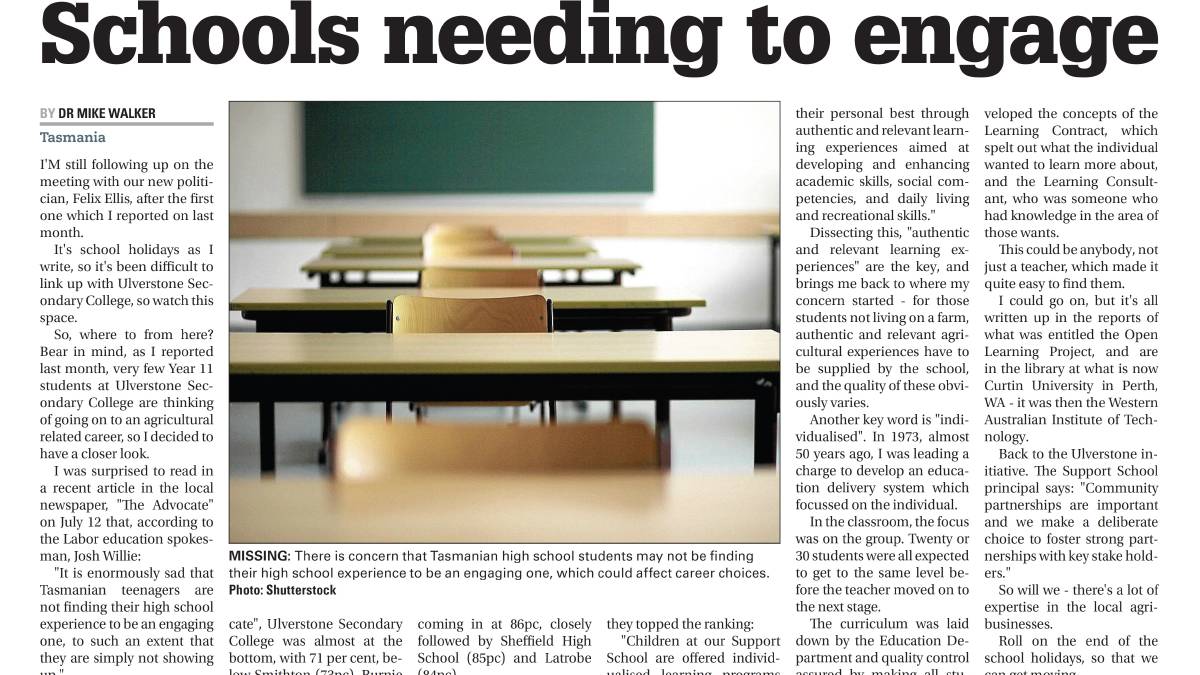 NEED: In his July 2021 column, Dr Mike Walker expresses his concern about schools needing to better connect students with agriculture.

What this means is that you always have something growing on your land and don't leave it bare.

Hort Innovation hyped this as "Cover crops - a game changer" and reported that their "new research has found that integrating cover crops into the growing of vegetables improves soil health and on-farm productivity".

Not rocket science but needs to be said, although many of us have been doing this for years.

The second was on truffles.

I declare an interest - I based this column on a workshop organised by Walker Ag Consultancy, the key speaker being Henry Terry from Tasmanian Truffles, which is "one of the largest, most mature and commercial oak tree plantations producing black truffles in Australia".

I could go on, but it would make better sense for you to read the column - I won't go on because I'm out of column space.

I look forward to writing another 12 columns next year.