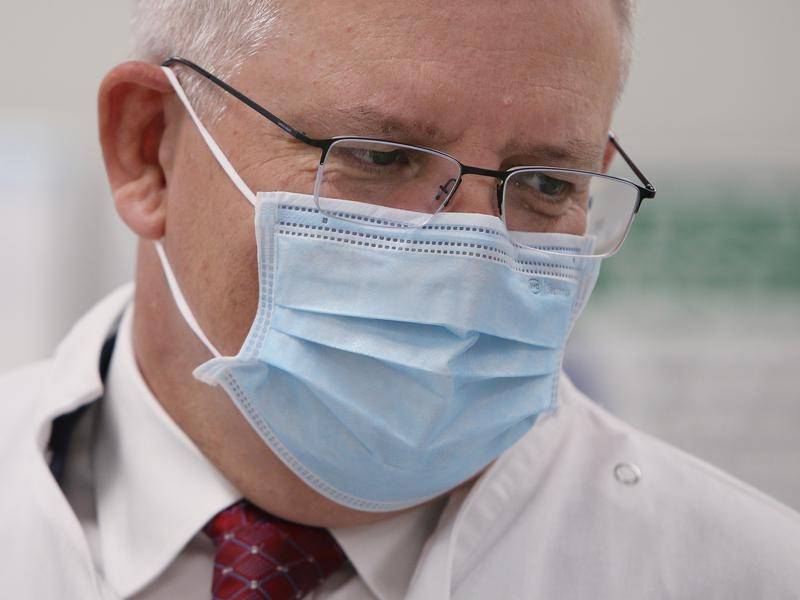 Prime Minister Scott Morrison has announced a new mRNA vaccine facility will be built in Victoria.

Victorian scientists are hoping to fine-tune Australia's first mRNA vaccine by the first quarter of 2022.

Victorian scientists are hoping to fine-tune Australia's first mRNA vaccine by the first quarter of 2022.

Researchers at Monash University developed the vaccine during a five-month period and phase one clinical trials are due to begin in January, Victorian Medical Research Minister Jaala Pulford says.

The announcement comes as the federal and Victorian governments announced they will set up the country's first mRNA vaccine manufacturing facility at a site to be decided.

It will be able to produce as many as 25 million vaccines a year and have the capacity to scale up production to 100 million doses a year to help combat a future pandemic.

The facility will be built in Victoria as part of a partnership between the federal and state governments, as well as vaccine manufacturer Moderna, and is expected to be operational by 2024.

Prime Minister Scott Morrison said the new manufacturing plant would produce respiratory vaccines for potential future pandemics and as well as seasonal health issues such as the flu.

"With Moderna, we have a partner that ensures their intellectual property, their knowledge, their advances in medical science can be brought here and be part of an ecosystem that will see Australia be a leader in this area," he said.

Australian Medical Association president Omar Khorshid said the production would be a significant addition to the world's vaccination stocks during a future pandemic.

"It is great news, not just for the management of this pandemic, but for the enormous horizons that mRNA technology has in terms of treating other diseases we wouldn't have thought could be treated by vaccines, such as cancers," he told the Nine Network.

Mr Morrison said the new facility would also be a step towards helping Australia's Pacific neighbours vaccinate their population with the second closest country with the capability being Singapore.

"Having that facility for mRNA vaccines will help us support not only the vaccine but our dear Pacific family," he said.

But the federal government is keeping the costs close to its chest, saying the amount of taxpayer's dollars spent on the deal was commercial in confidence.

Independent senator Jacqui Lambie welcomed the announcement but criticised the government for waiting for the run into a federal election to fund the facility.

"I am sick and tired of them waiting for an election to call before they get off their rear end and actually get anything achieved in this country," she told Nine.

"They were talking about this 1.5 years ago (and) we're still talking. It will be interesting to see how long this actually takes."

The country's Moderna and Pfizer supplies have been reliant on overseas production.

The AstraZeneca vaccine started production onshore during the pandemic but Australia has not had the capacity to make the newer mRNA vaccines.

The federal government is also set to invest $25 million in the next financial year to help researchers conduct clinical trials of mRNA vaccines.