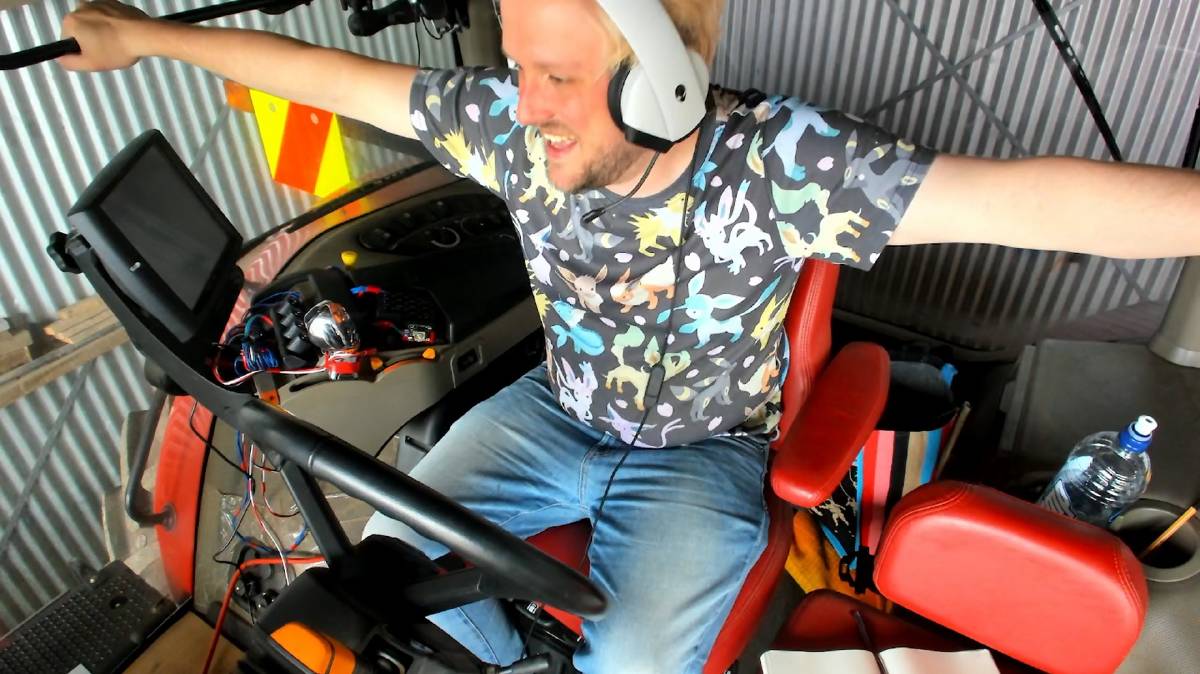 CONTROL: New Zealand's Dylan Beck (aka Rudeism) in the seat of a Case IH Magnum 310 which he converted into a video game controller for Farming Simulator 22.

Dylan Beck has repurposed a tractor into a video game controller.

A NEW Zealand video gamer has taken a farming video game to a new level by converting a tractor into a game controller.

New Zealand's Rudeism (Dylan Beck) wired up a fully functioning Case IH Magnum 310 tractor, weighing close to 10 tonnes, to use as a controller to play the new Farming Simulator 22 videogame from GIANTS Software.

Known previously for converting all manner of objects to use as controllers in popular videogames, including a baguette, a pomegranate and even a microwave, Mr Beck turned his focus to creating a world first "Tractroller".

Through some rewiring and manipulation, the Case IH Magnum 310 is now a fully-functioning game controller.

Sitting inside the tractor's cab, on a working farm outside of Dalfield on the South Island, Mr Beck has been streaming his attempts to more than 50,000 followers.

The Case IH tractor Beck is using to play the game is a new addition to Farming Simulator's roster of more than 100 brands and more 400 genuine farming machines. 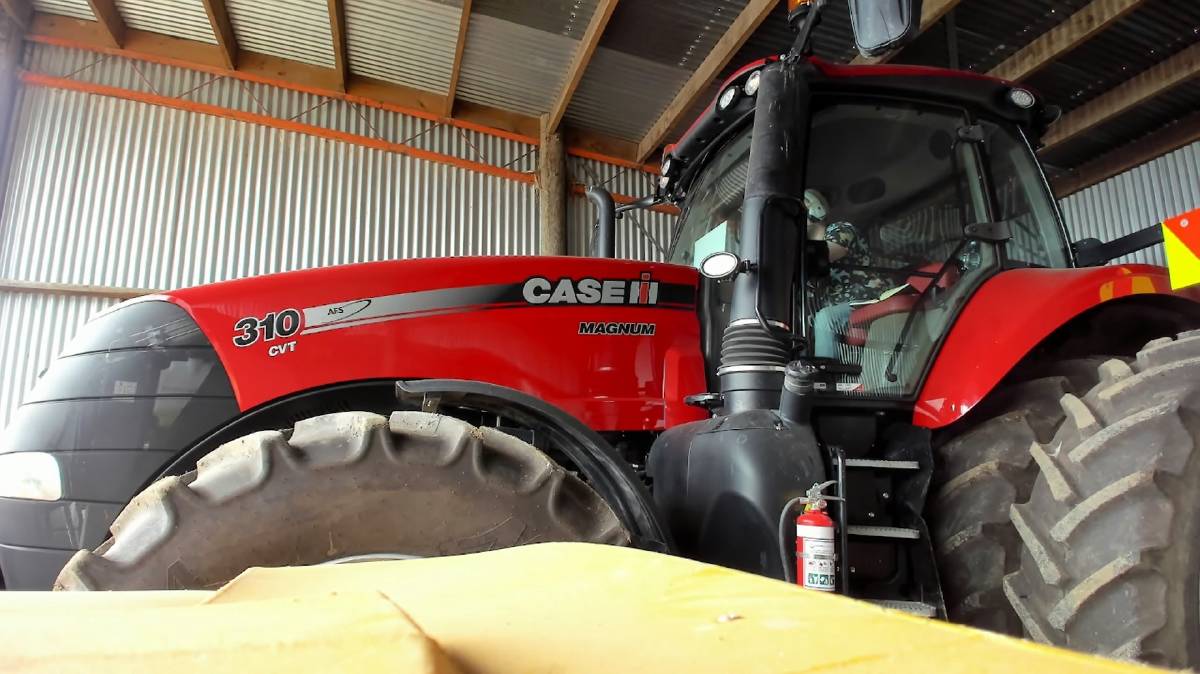 USE: The Case IH Magnum 310 which has become a "tractroller" to use within a video game.

Speaking on the Trans-Tasman Tractroller partnership, Mr Beck said working on building a tractoller has been an absolute dream since he turned his old Honda into a controller to play a racing game years ago.

"My controller builds have been getting bigger and crazier over the years, and for increasingly intense games, so I'm thankful a relaxing game like Farming Simulator exists to help balance things out," Mr Beck said.

Five Star Games (the game's Australian distributor) managing director Darren MacBeth said Mr Beck has been creating some of the most out-there controllers since time immemorial. 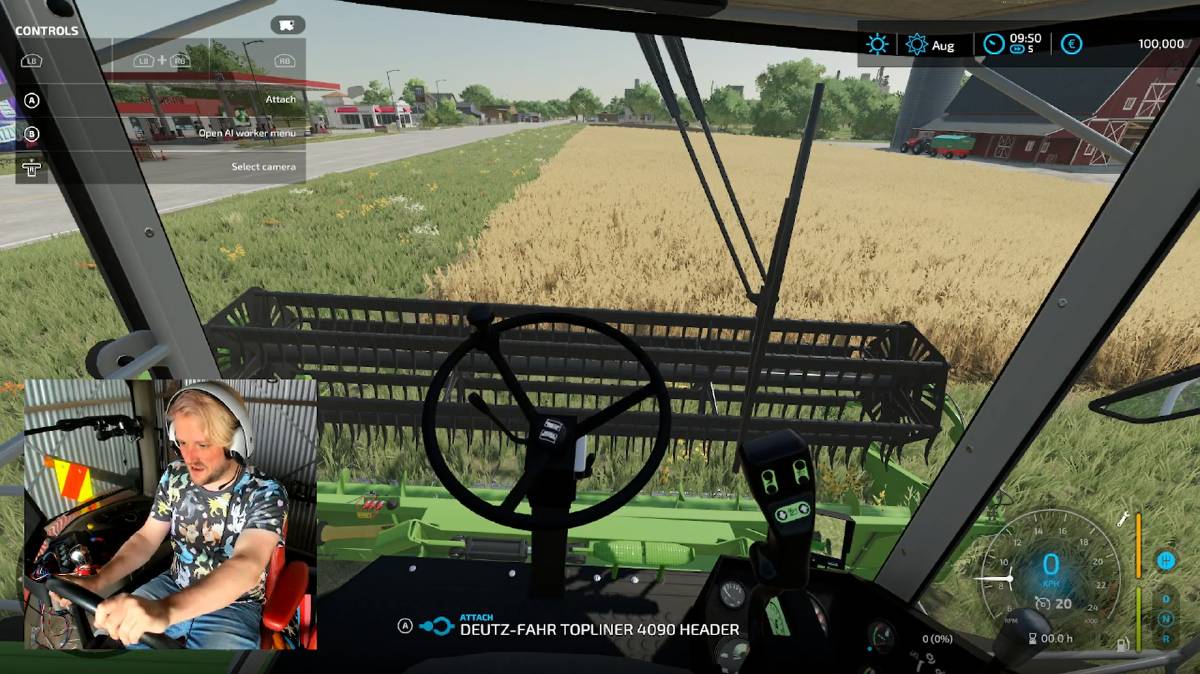 PLAYER: Dylan Beck at the helm of a header, controlling from a real-life tractor he converted into a game controller.

"Asking him to work on the world's best farming game has been an honour," Mr MacBeth said.

"We hope this inspires folk to try their own hand at farming, be that picking up a copy of the game or getting their hands dirty. Or both."

Having launched globally on 22 November, Farming Simulator 22 was created by Swiss publisher and developer GIANTS Software with an eye on creating the most realist farming simulation possible.

More than 1.5 million copies of the game had sold merely days after the launch. 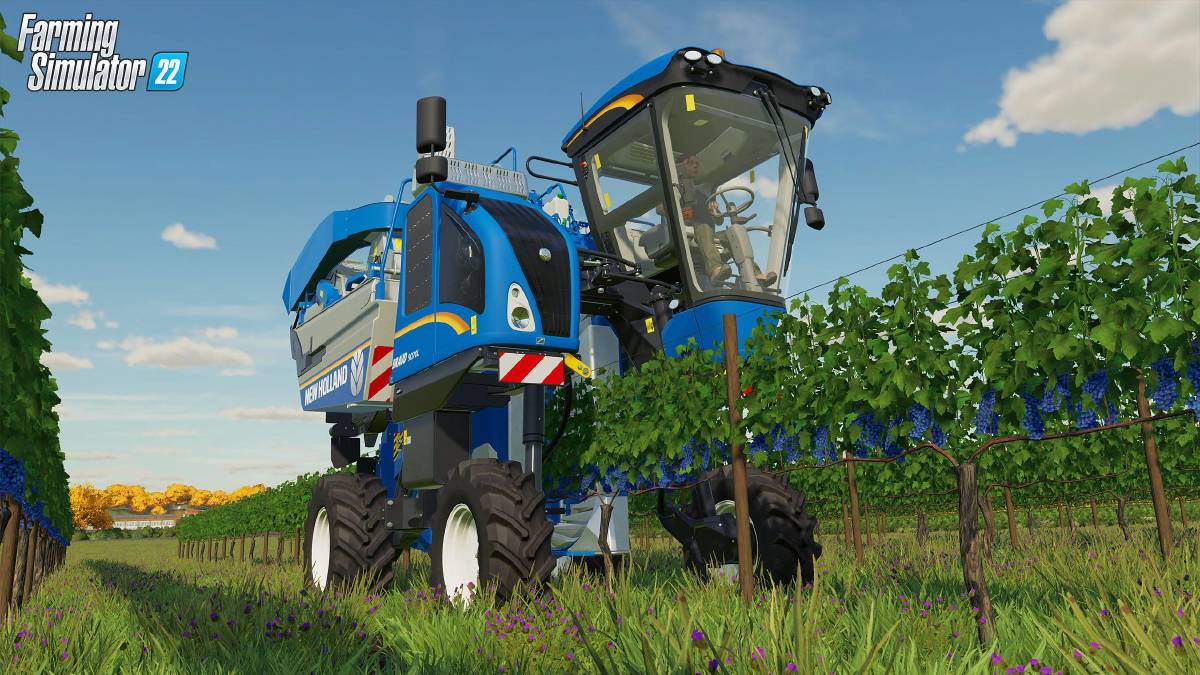 DETAIL: A screenshot from Farming Simulator 22 showing the realistic detail.

Beginning in 2008, Farming Simulator now boasts a massive global following of dedicated gamers and farmers alike, a global convention and even an Esports league.

The game has sold more than over 25 million versions worldwide.

Players of Farming Simulator 22 have access to huge variety of farming operations focusing on agriculture, animal husbandry and forestry.

This iteration of the game sees the inclusion of seasonal cycles and production chains.