Photos of the biggest political and historical moments from Old Parliament House.

Historians and cultural leaders have lamented the loss of an "irreplaceable" part of Old Parliament House, which was severely damaged by a fire on Thursday morning.

Director of the Museum of Democracy Daryl Karp said it was a "very sad day".

"I am absolutely devastated to have to say that the beautiful heritage front doors and the portico have been seriously damaged," she said. 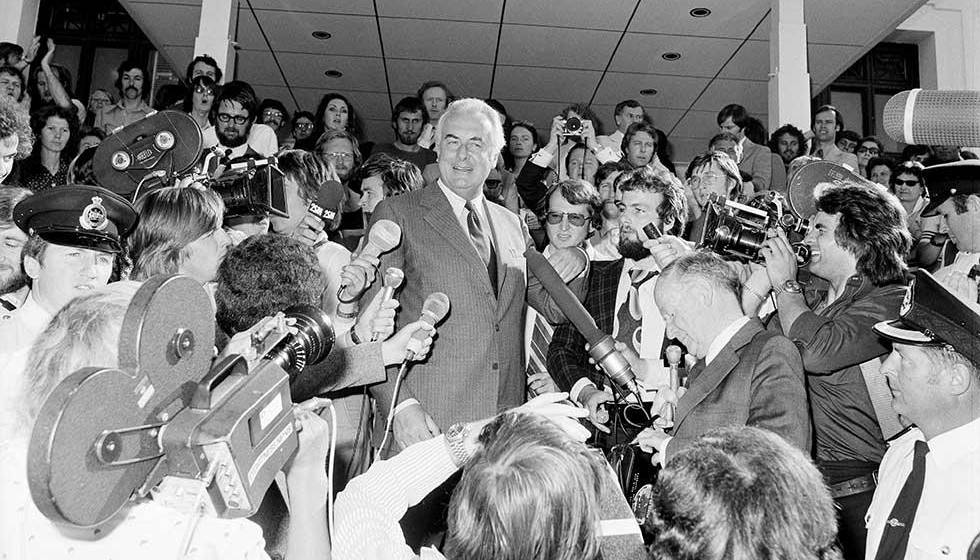 Gough Whitlam addresses the media after his dismissal in 1975. Picture: Australian Information Service

Ms Karp said the doors were made by Australian company Sidgreaves & Co., which manufactured all the bronze doors in the building.

"To my mind, these doors are irreplaceable. They're part of this extraordinary heritage. They've witnessed an amazing history of decades of Australia," she said. 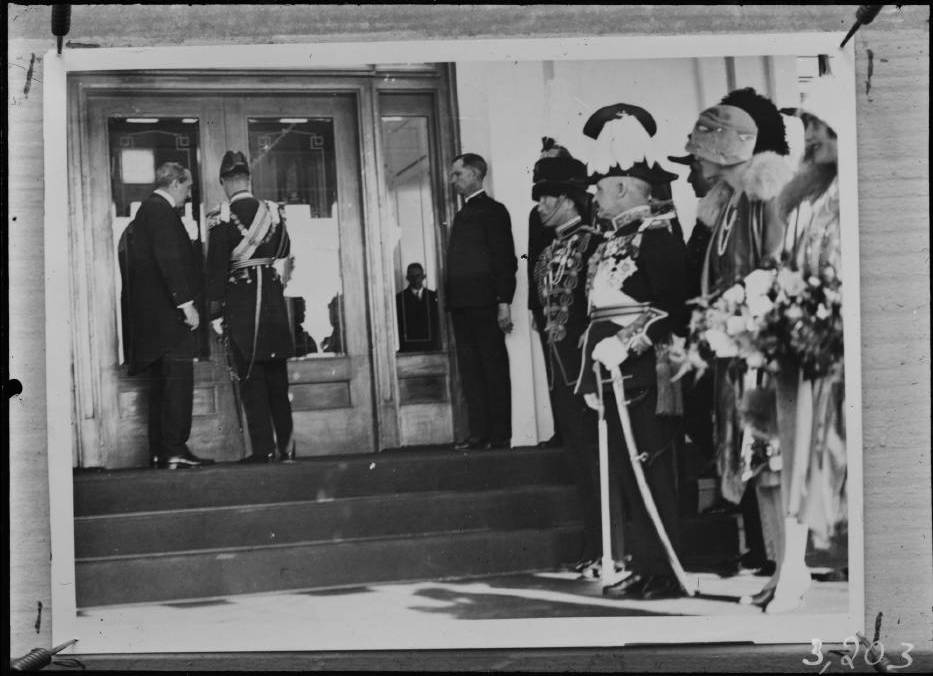 The Duke of York opens Parliament House on May 9, 1927. Picture: Museum of Australian Democracy

"The doors and the front steps and the north facade ... has been the focus of really substantial events that reflect Australia's democratic values, and political and social rights."

She also said it was possible items in the collection had been damaged by acid smoke. 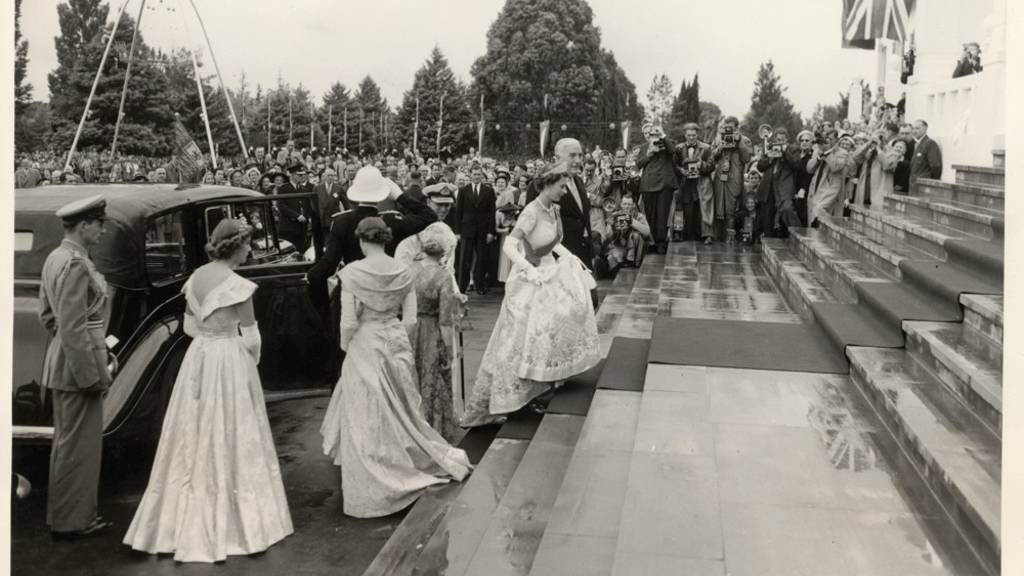 Queen Elizabeth walks up the steps of Old Parliament House in 1954. Picture: Museum of Australian Democracy

He said the building witnessed decades of democracy, including the time which Australia endured the Second World War. Old Parliament House was the seat of parliament from 1927 to 1988.

The building was designed by John Smith Murdoch and opened by the then Duke and Duchess of York - later King George IV and Queen Elizabeth the Queen Mother - on May 9, 1927. 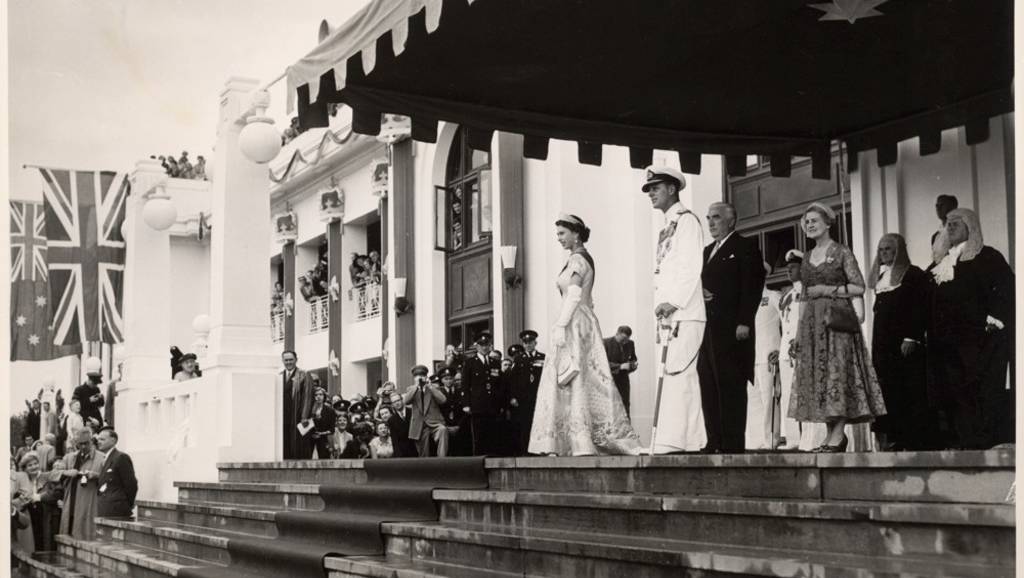 Queen Elizabeth at the top of the step, 1954. Picture: MoAD

Queen Elizabeth II stood and waved at her subjects at the steps of Old Parliament House during royal tour of 1954.

On November 11, 1975 Gough Whitlam responded to his dismissal at the hands of then-Governor General Sirr John Kerr on the portico.

"Well may we say 'God save the Queen', because nothing will save the Governor-General," he famously remarked at the time. Mr Headon said the portico was where "arguably, the best known political speech ever made by an Australian politician [was made]".

Ms Karp said her favourite historical moment from Old Parliament House was when Dorothy Tangney and Enid Lyons were pictured walking in on their first day on September 24, 1943.

They were the first women elected to Parliament, and are seen calf-length dresses and black top hats as they walk through the front doors. United Australia Party MP Ms Lyons was a House of Representatives member for the seat of Darwin in Tasmania, and Labor's Ms Tangney was a Senator for Western Australia.

ACT Heritage Council chair Kenneth Heffernan said the building is a World Heritage site, as well as being Federal and ACT heritage listed.

Mr Heffernan said the front was also significant because it faces the Aboriginal Tent Embassy, which was established nearly 50 years ago. 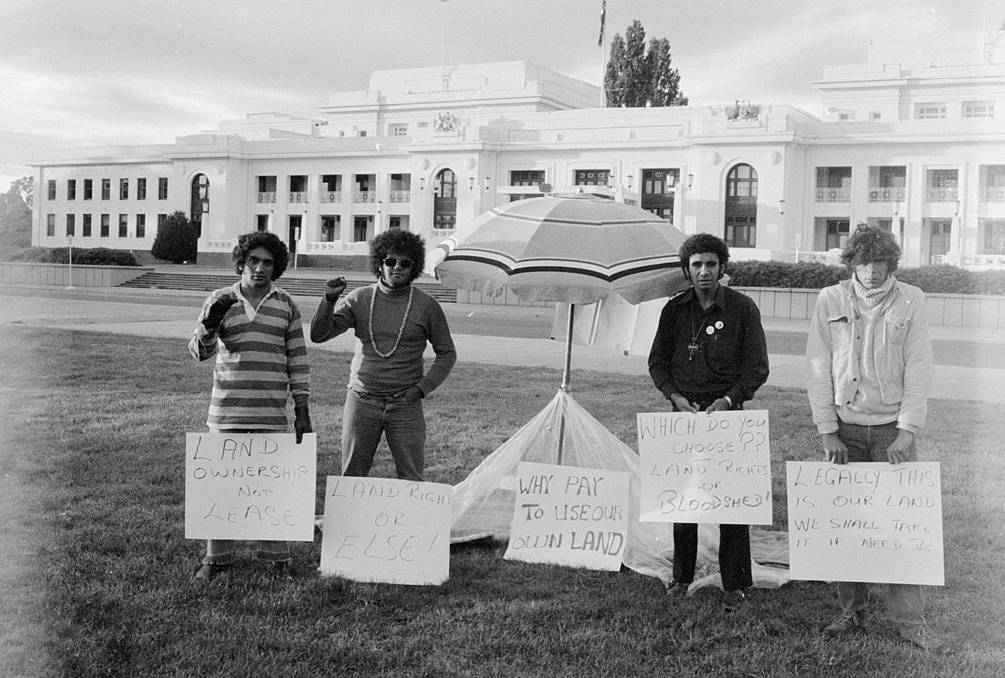 He said it has been a site of protest for First Nation's people since Wiradjuri elder Jimmy Clements walked to Canberra from Brungle Mission in NSW for the opening of the provisional Parliament House in 1927. 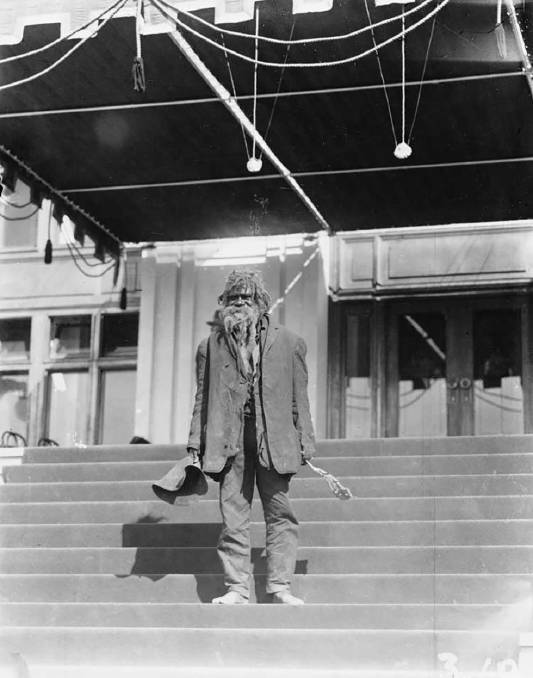 "It's been the location of the Aboriginal Tent Embassy for quite a long time as well," he said.

"It is part of a continuing place of protest. It's really a place of democracy."

Minister for Indigenous Affairs Ken Wyatt said when he thought of Old Parliament House, he thought of Neville Bonner the first Aboriginal man to become a member of the Parliament of Australia. 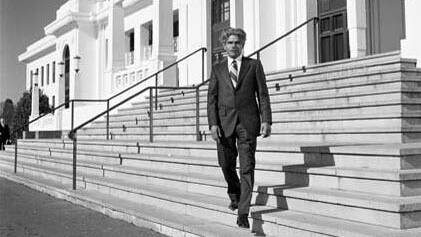 The Minister responsible for Old Parliament House, Ben Morton, said any damage to the building would be restored.