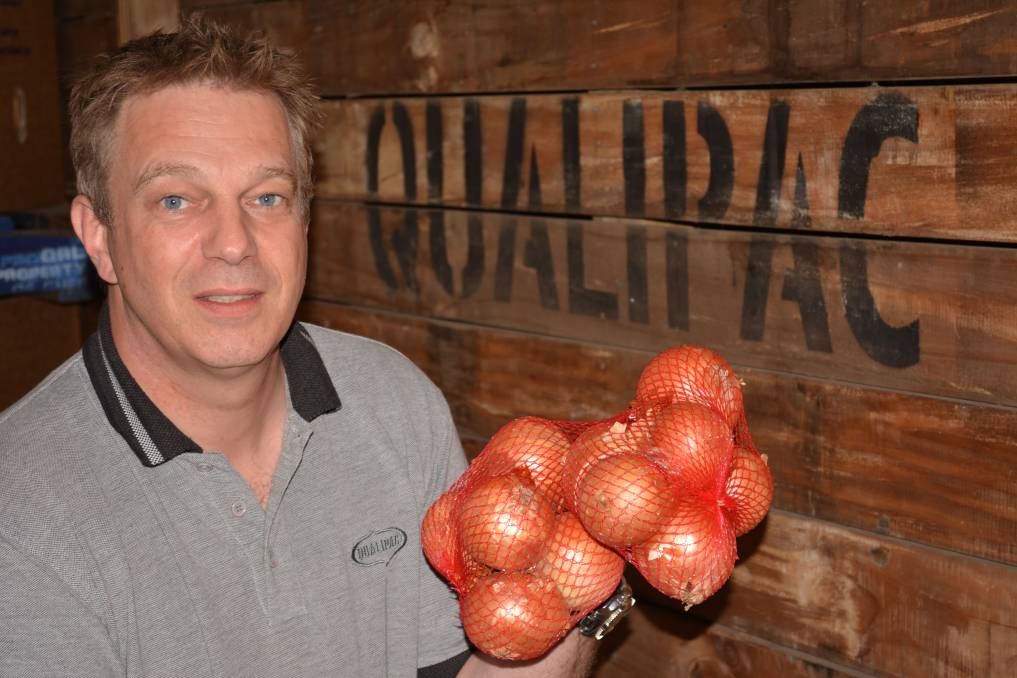 ON THE UP: Onions Australia chair Kees Versteeg says a supply shortage should translate into better prices for Australian onion growers this coming season.

The Australian onion season is just around the corner and growers are gearing up for what could be the best prices they've seen in six years.

ONION growers could be looking at improved returns for the coming growing season.

With the looming Australian onion season, Onions Australia reports dwindling supplies are expected to nudge farmgate prices up to levels not seen since 2010.

The majority of the southern Australian long-day onion crops were all harvested by mid-May. The Northern Territory and Queensland will kick off the new domestic onion season within weeks.

Onions Australia chair Kees Versteeg said the storage quality of the southern Australian onions season was affected due to unprecedented hot weather conditions earlier in their season resulting in lesser volumes of their onions being of a good enough quality to go into storage for supply mid-May onward.

The effects are currently being felt with dwindling supply of good quality stored onions and prices moving upwards.

“A few Queensland growers have already started harvesting small volumes of their early season short-day onion varieties and in a matter of weeks Queensland growers will be in full swing with the first crops expected to be on the shelves late October,” Mr Versteeg said.

“Queensland growers are doing their utmost to get their onions into the stores at the earliest opportunity.

“It is heartening that both Australia’s major supermarket chains Coles and Woolworths have given a commitment to retail only Australian-grown onions, and Onions Australia hopes that other retailers will take a similar position.”

“It is important to remember that those who import onions in the lead up to the Australian onion season only serve to undermine Australian growers.”

The coming onion season will also be the first to run alongside Onions Australia's new "Secret Serve" campaign which encourages parents to embrace the health benefits of onions by including them in a variety of dishes.

Mr Versteeg said Onions Australia had been in regular contact with the major retailers to ensure they were aware of the supply situation, and the industry body would continue to carry out spot checks nationally to monitor imports

“There is no need to import; there will be plenty of great quality onions coming out of Queensland soon that will ease market conditions,” he said.

He said in previous years there has been an influx of imported onions incorrectly channelled through the supply chain as Australian onions, something which undermines the hard work done by Australian growers and deceives well-meaning consumers.