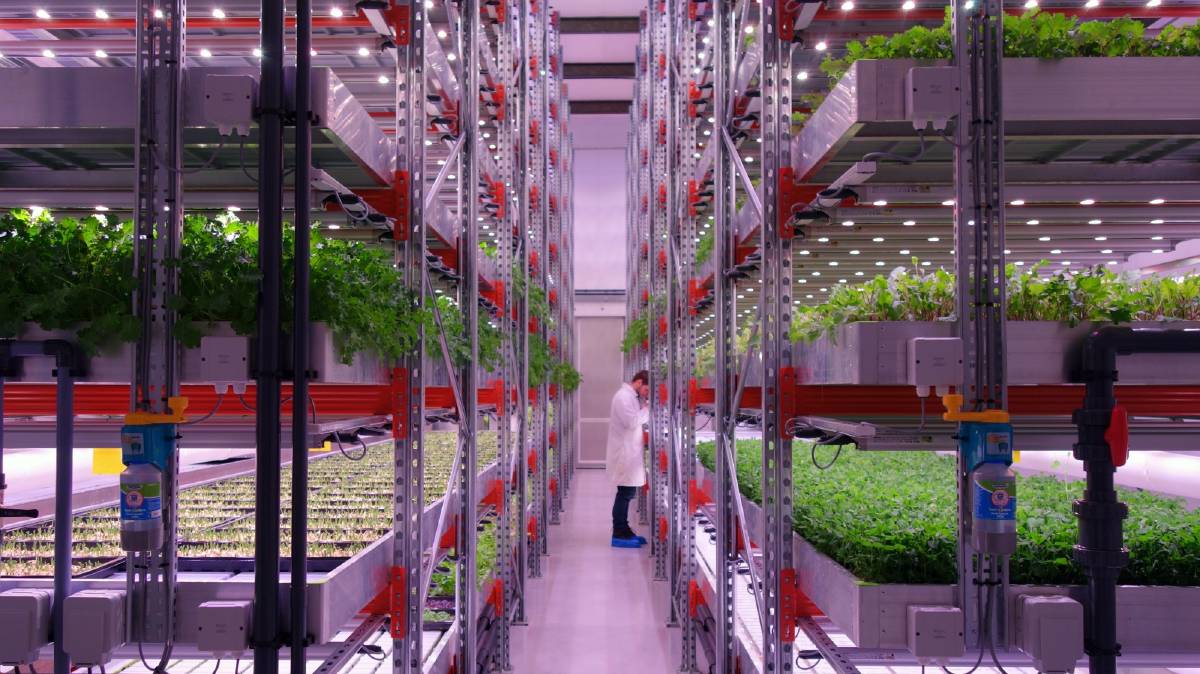 WELL USED: Vertical farms can utilise vertical space, such as here at GrowUp in the United Kingdom. Image Courtesy of Association for Vertical Farming

Vertical farming may not be cheap to get into but it holds plenty of potential to bring ag to the city.

IN 1988, Yazz and the Plastic Population sang that the only way was up.

Now it seems advanced horticulturists could be thinking along similar lines.

Association of Vertical Farming board member, Henry Gordon-Smith, delivered details on the benefits and risks of vertical farming at Hort Connections 2017.

The presentation was part of the 2017 Global Innovations in Horticulture Seminar. 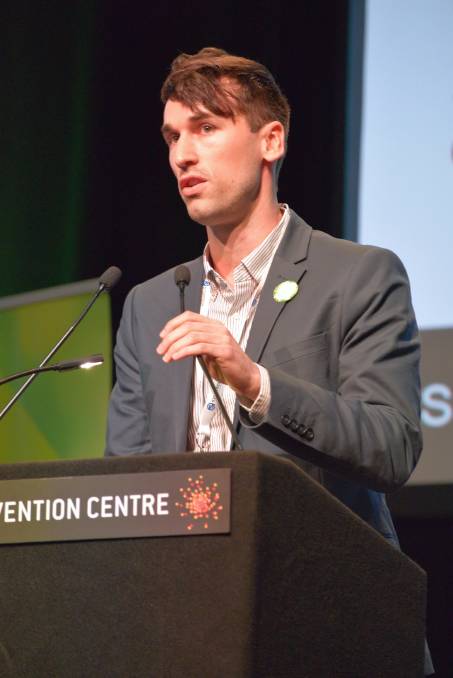 Methods such as hydroponics, aeroponics and aquaculture were being used within the industry.

“I don't think they are going to be growing tomatoes and potatoes in vertical farms any time soon.The future of leafy greens is vertical farms,” Mr Gordon-Smith said.

He said vertical farming presented a window through which young people could be enticed to consider horticulture as a career path. 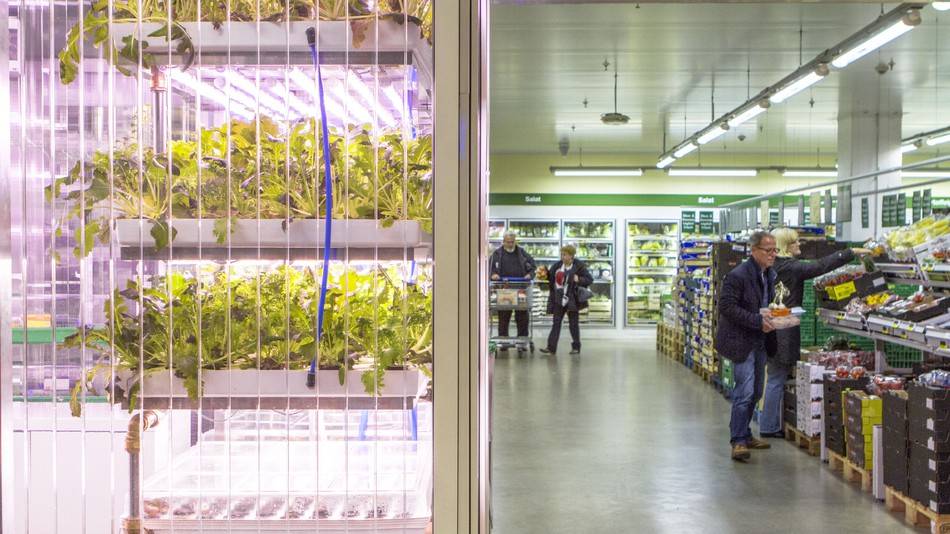 GOING IN: Vertical farms are beginning to be incorporated into supermarkets with this example of an in-store vertical farm at Metro retail market.

“We have to think about the next generation of farmers. How are we going to get those young farmers excited about agriculture?” he said.

“There are parts of the world where it is very difficult to get young people to take over the farm,” Mr Kampers said.

“If we can include more technology it will involve less heavy work and will be more interesting for young people to do.”

The opportunity to work closer to the city and with advancing technology could provide just that incentive.

But there were some things to consider before launching into vertical farming. 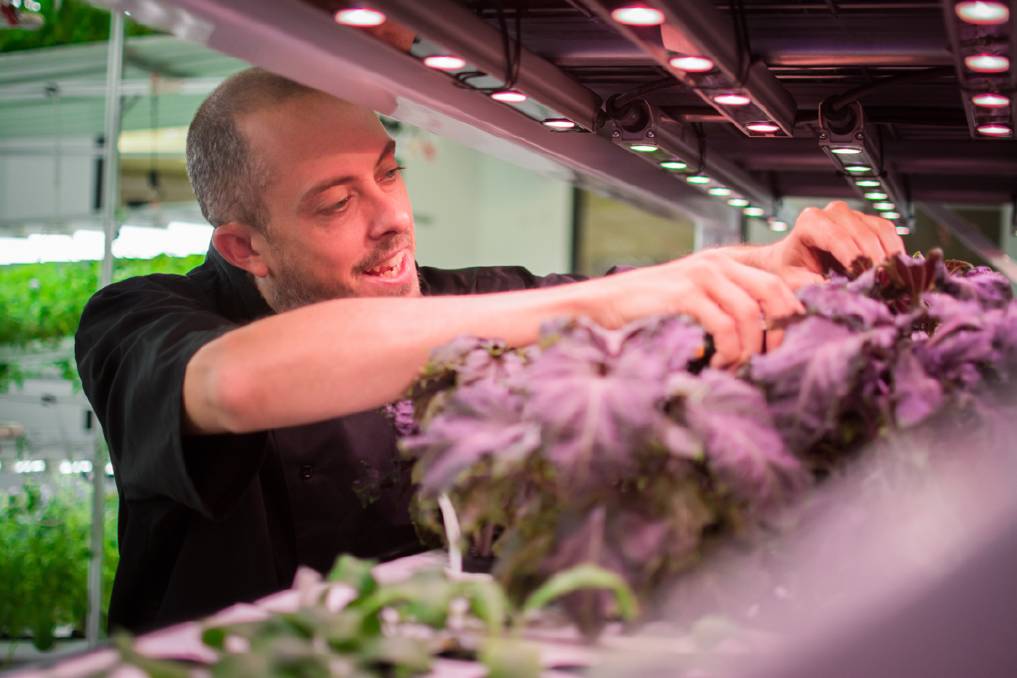 Mr Gordon-Smith said new systems can be very capital intensive with growers looking at five to seven years before a return.

“Wages are still high in the vertical farming industry so automation will certainly assist that,” he said.

He listed off Podponics, Local Garden, FarmedHere and Verticulture as vertical farming businesses which have closed.

Agfunder’s Michael Dean, was also one of the innovation seminar’s speakers and addressed the trends in investment in agriculture. 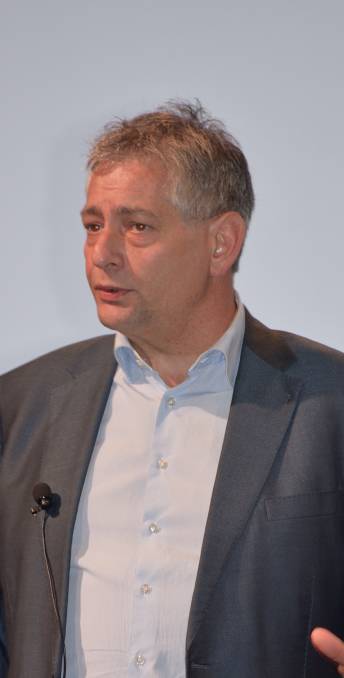 TECH SUPPORT: Wageningen University’s Frans Kampers speaking on the use of technology to meet ag challenges.

Ausveg chief executive officer, James Whiteside, said the Australian horticulture industry has to tackle many of the same challenges faced by the sector internationally – with the main issues continuing to revolve around the need for more efficient and sustainable resource use.

“The Australian horticulture industry is thriving, and with the evolution of on-farm technology and ongoing improvements in business culture, the possibilities for what we can achieve in the future are staggering,” Mr Whiteside said.

“The turnout to this year’s event was fantastic, and it’s truly a reflection of the horticulture industry’s willingness and desire to learn, expand and grow both personally and professionally.

“The seminar is an integral aspect of the horticulture industry’s events calendar, and we take pride in being able to present attendees with fantastic new information and fresh perspectives year after year.”