A mango emoji is on its way.

MANGO farmers and connoisseurs get your fingers ready – there is now a mango emoji!

The new addition was encouraged by the social media campaign #mangoemojiplease and funded by Aussie mango growers through Hort Innovation during the 2016/7 season.

Unicode has approved some food emojis in the past, including broccoli, a fortune cookie, cut of meat and roasted sweet potato. 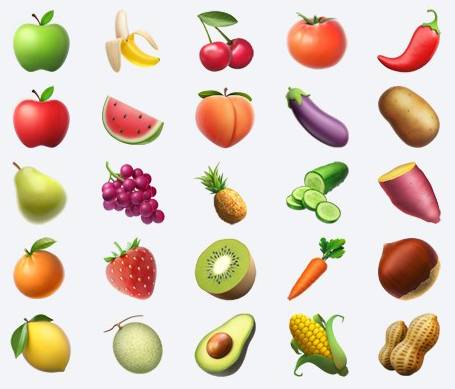 There's a big range of fruit and vegie emojis.

Hort Innovation acting marketing lead Elisa King said it was exciting for mangoes and particularly for the industry.

“There are about six billion emojis sent on a daily basis and with so many fruit emojis, it’s about time Australia's favourite fruit has its own one," she said.

Ms King was confident a mango emoji would appeal to consumers from the get-go.

"I was very confident we would have a groundswell of fans begging for one across Australia, and potentially across the world, with our Asian and US export plans as well," she said.

The social media campaign launched in September 2016, aligning with the 2016/17 mango season and since then has seen a total of 812 posts using the campaign hashtag.

Health and Lifestyle Social Influencers @the_sunkissed_kitchen, @nourish_naturally and @bonnyrebecca were some of the mango lovers rallying the cause and using the hashtag.

Australia has made a mark in this emoji update with mangoes not the only Aussie icon that’s been added to the list.

Our infamous kangaroo has been turned into an emoji too.

Other new emojis are from a range of categories and include a llama, a bagel, a skateboard and toilet paper. In addition to introducing redheads and grey hair, Unicode has also expanded its range of hairstyles adding a bald option and curly-haired option into the mix.

A total of 157 new emojis (77 unique as some have multiple skin tones) have been released in this update.