A STATE-of-the-art automated growing facility on the Darling Downs has sown its first vegetable seedlings.

Modelled off a Dutch tulip facility, the hi-tech facility is expected to produce 100 million seedlings in its first two years, to later reach a 300 million a year capacity.

The company says the new nursery site's automated features will make it the most advanced of its kind in the Southern Hemisphere. Boomaroo Nurseries' facility in Lara, Victoria is semi-automated but some of the technology being used at Southbrook will be applied there in future as well.

Boomaroo Nurseries Queensland business manager, David Parker, said the first round of 5600 seedlings sown recently would be ready to go to growers in regions including the Wide Bay, Lockyer Valley and Stanthorpe in six weeks' time.

"It's really been grower demand that drove this," he said.

"We had growers contacting us in Lara looking for quality seedlings that they were seeing in areas like Werribee.

"We have Victorian growers that have farms in Queensland that were also contacting us." 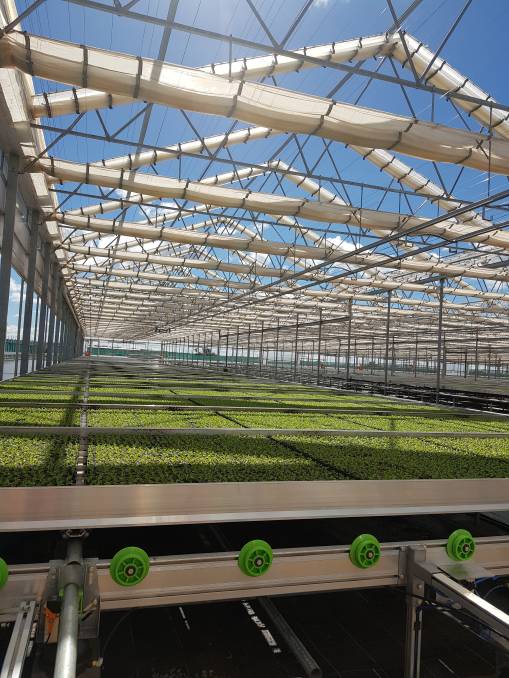 Mr Parker said the company travelled to the Netherlands to learn about the technology used in an automated tulip facility and had adapted that to apply to the vegetable industry.

Future expansion plans for the company include bringing its Greenlife potted plant business into Queensland.

"It's making Queensland a globally relevant place to come and learn about robotics in agriculture," he said.

"They're going to produce 100 million seedlings and they'll do that on 25 megalitres of water.

"The jobs there are digitally focused and they mean we can attract people out of metropolitan areas into agriculture in ways we haven't before."