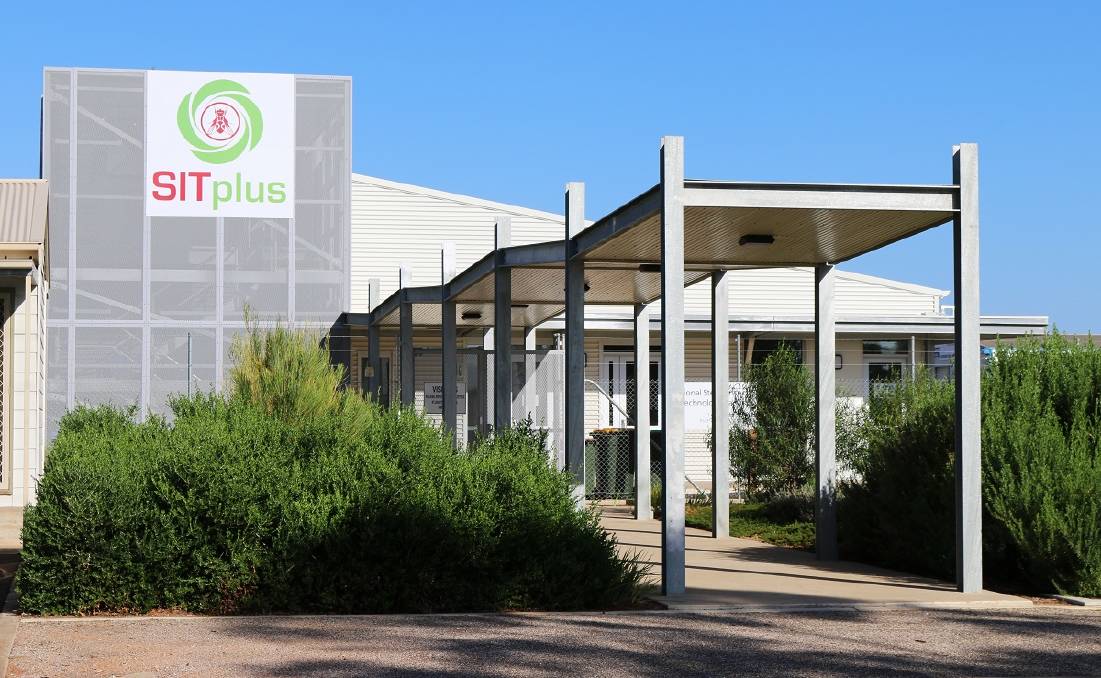 FUTURE: The National Sterile Insect Technology Facility at Port Augusta, SA, which has been granted extra funding to continue its work.

The SITplus facility in SA will get $10-million to fight fruit fly.

The agreement includes about $600,000 in state government funding for the National Sterile Insect Technology Facility at Port Augusta, as part of a $10-million national funding arrangement to cover staffing and operating costs at the facility through to March 31, 2022.

SIT involves the strategic release of millions of sterile flies to greatly outnumber the wild population, resulting in limiting the opportunity for wild flies to mate, ultimately leading to a collapse in subsequent generations of wild flies.

The national funding agreement is between the SA government, Hort Innovation and the University of Western Sydney.

Hort Innovation SITplus coordinator, Dan Ryan, said Hort Innovation, along with Western Sydney University and the South Australian government invested considerably into the development of the use of sterile insect technology.

"This new funding will not only support ongoing production but also refinement of our techniques in anticipation of the introduction of a full male-only strain of flies to the facility, which is being developed through a separate Hort Innovation funded project," he said.

"Our SITplus program, which is worth more than $50 million, is based on similarly successful international programs.

"Sterile flies can also be used to create buffer zones around pest free areas, and to suppress populations in areas where fruit fly is established."

"SA has been leading the way on the use of SIT in eradicating Queensland fruit fly and the facility plays a critical role in the fight against this destructive pest," he said. 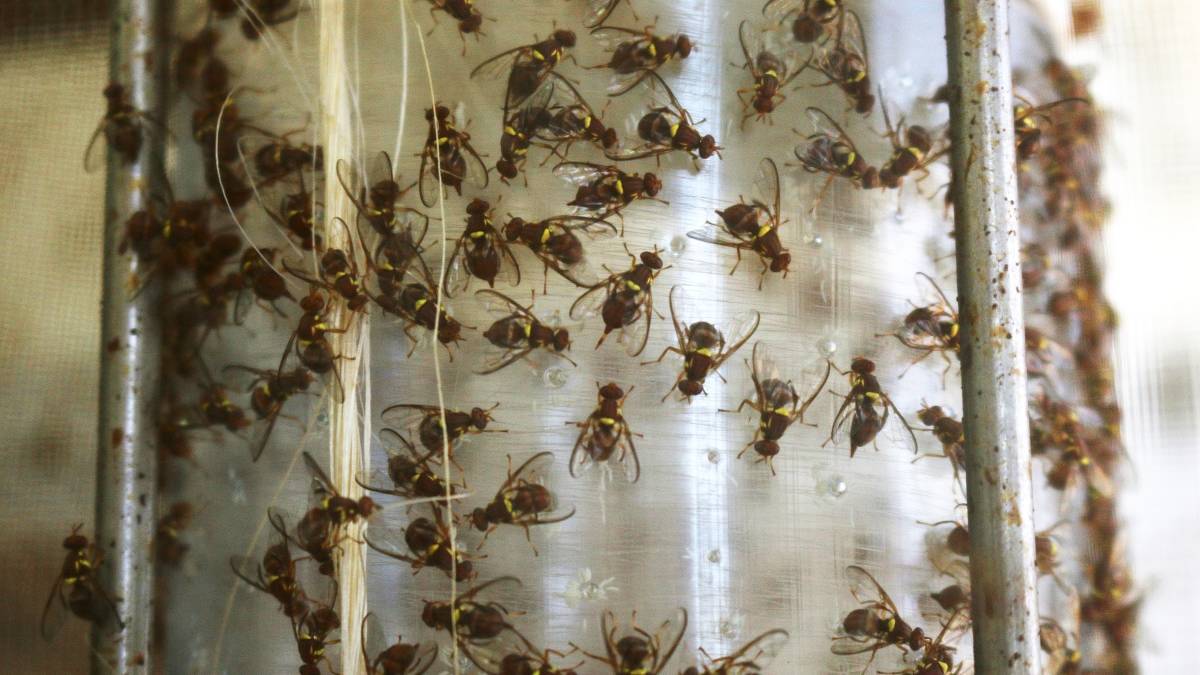 BREEDING: Sterile flies can be used to create buffer zones around pest free areas, and to suppress populations in areas where fruit fly is established.

"SIT technology has been a key part of our eradication responses to fruit fly outbreaks in South Australia including the recent response at Loxton.

"The final release of sterile flies until next spring is occurring this week, as part of the eradication operation at Lindsay Point in Victoria."

"Sterile flies can also be used to create buffer zones around pest free areas, and to suppress populations in other states where fruit fly is established,"Mr Whetstone said.

Western Sydney University director of the Hawkesbury Institute for the Environment,Professor Ian Anderson, said this next iteration of the research will look to further optimise SIT Q-fly production to support national operations.

"This research aims to fill in the identified knowledge gaps in producing high performing and healthy SIT Q-fly which have emerged through the work already undertaken as part of the SITplus program," he said.

"This research will be undertaken at our facilities in Western Sydney NSW and will investigate the thermal biology of Q-fly, the assessment of the pathogen (bacteria and viruses) load of Q-fly and its impact on Q-fly health and performance. 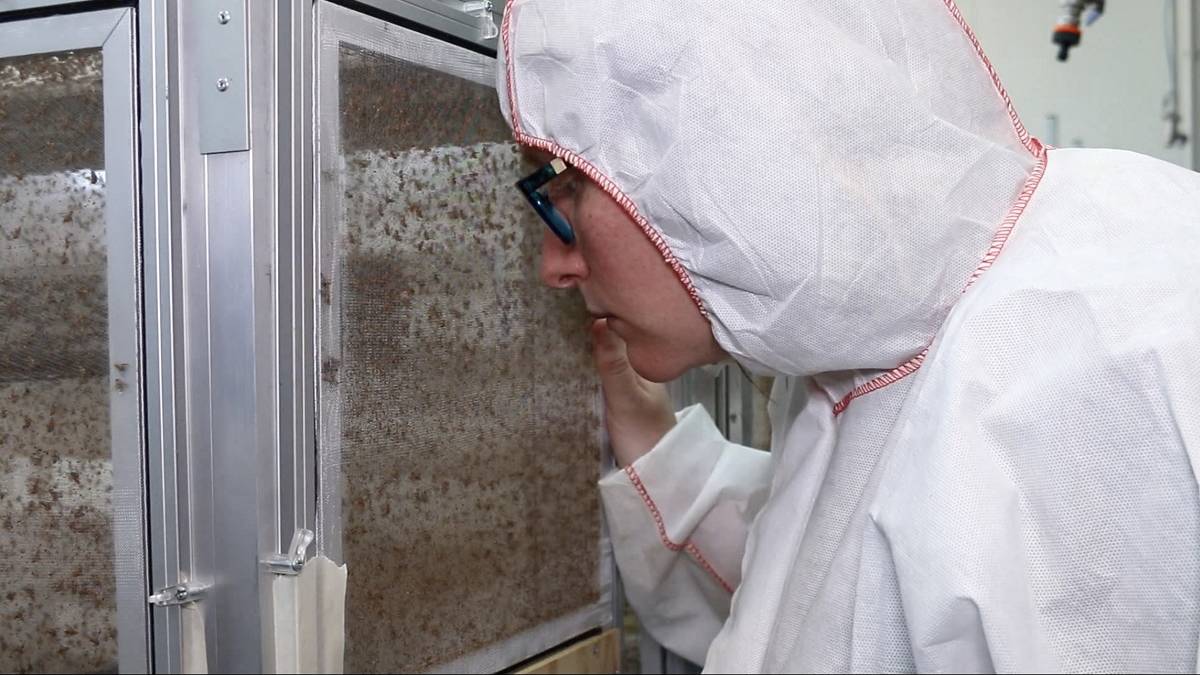 Minister Whetstone said recent outbreaks across SA showed vigilance was required as a state to defend against fruit fly.

"We are well aware of the devastation fruit fly can cause interstate and that is why it's important that we continue to remind people to buy local and not bring fruit and vegetables into SA," he said.

"Keeping SA free of fruit fly is everyone's responsibility and that it is why the Marshall Liberal Government has introduced zero tolerance at the Yamba Quarantine Station and random roadblocks to change the culture of motorists carrying host material into the state."

The SIT facility at Port Augusta can produce 50 million sterile Queensland fruit flies each week at full operation. The facility is supported by SITPlus, a national $45 million research and development partnership.