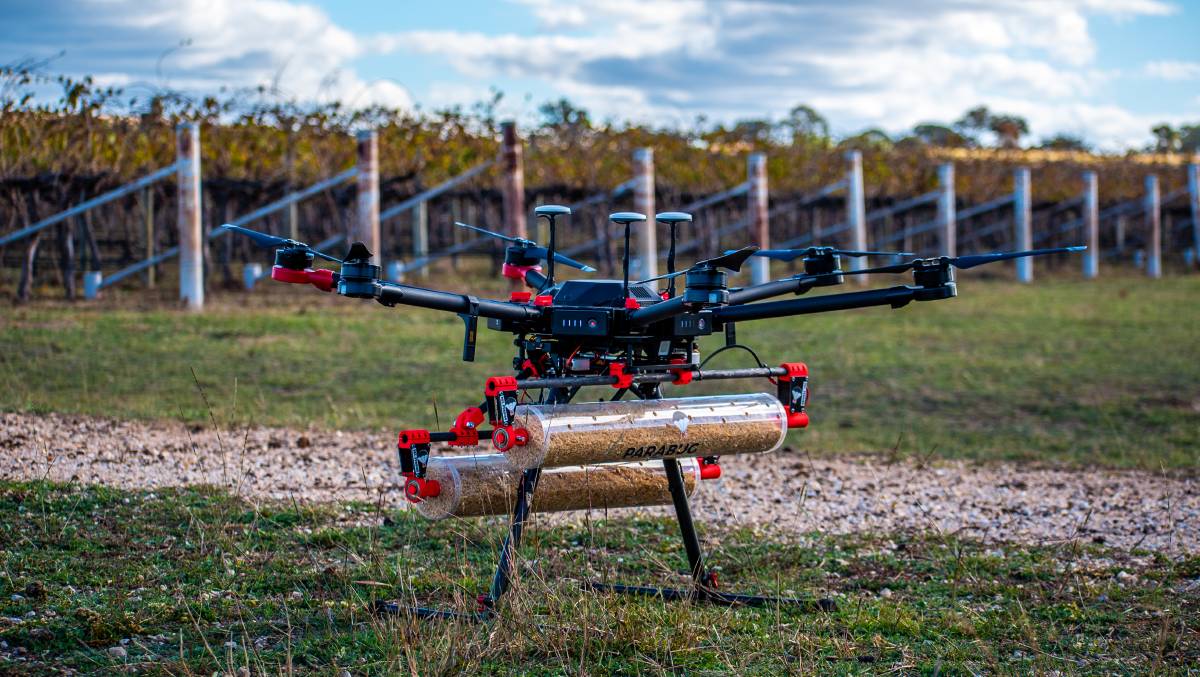 SKYWARD: The Parabug drone about to launch in a vineyard. Photo: Parabug.

Drones are distributing beneficial insects to crops faster and cheaper.

DRONES could hold the key to creating farming systems less reliant on insecticides.

Parabug, a drone based insect deployment system, allows farmers to seed their crop with live beneficial insects, such as predatory mites, parasatoid wasps and lacewings to control a variety of insect pests.

While biological insect control has been around for some time, particularly in the cotton and horticultural industries, cost and time taken to spread the 'good bugs' has inhibited its adoption.

"Parabug uses a commercial DJI Matrice 600 drone, the mechanism is two tubes that hold about 10 litres of material," he said.

"Normally your beneficial insects come in a carrier, such as a vermiculite."

Mr Pearce said the drone flying altitude and speed would depend on the type of beneficial insect being applied and the crop that they are being applied to.

"Typically Parabug is flown between 3 to 6 metres above the crop at speeds between 20 to 35 kilometres a hectare," he said.

Mr Pearse said a significant difference in the design of the Parabug system was a rolling action on the deployment tubes. "The survival rates after application with the Parabug are the same as if it were hand release, there is no noticeable increase on the mortality rate," he said.

"It is very gentle on the insects and there is a wider range of insects able to be dispersed because of that."

Mr Pearce said he became interested in importing the Parabug from the US after an enquiry to his drone business from a vineyard.

"A lot of consultants in Australia are aware of the use of beneficial insects but it is not widely prescribed as there is no cost-effective method to distribute them," he said.

Mr Pearce said beneficial insects were an important part of an integrated pest management strategy, and could allow farmers to reduce insecticide use on a variety of crops.

"The Parabug provides a choice for growers to use beneficials, there is significant savings in time and labour" he said.