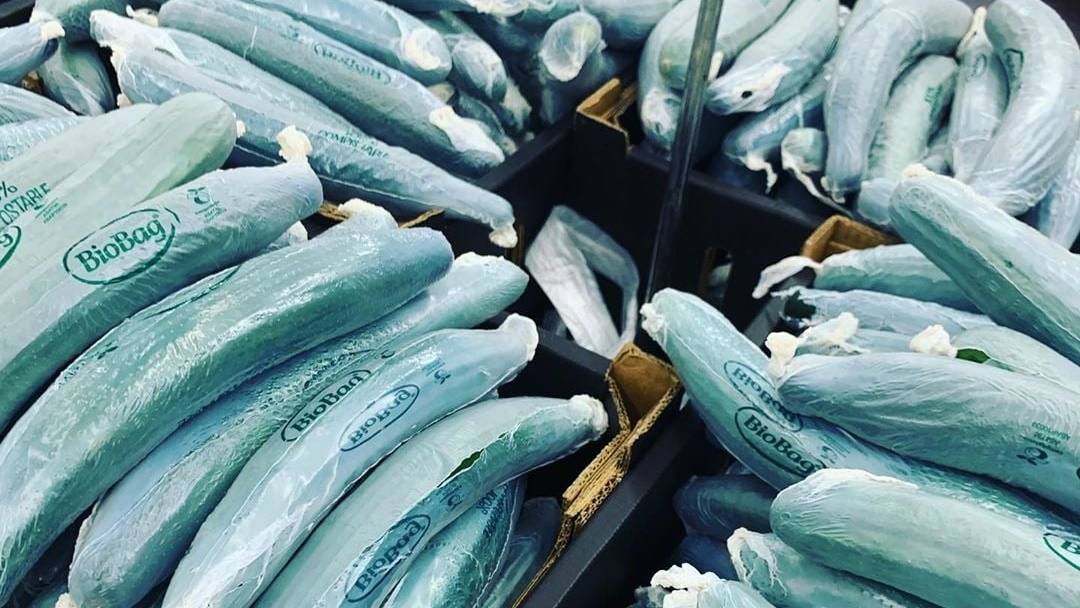 A compostable shrink-wrap for cucumbers has been developed in SA.

WASTE packaging could be reduced within the horticulture industry with the release of a fully compostable shrink-wrap for cucumbers.

The product has been developed in South Australia and is set to be launched on international markets.

It was launched last month as an environmentally-friendly alternative to the traditional polyethylene plastic wrap and has already generated export interest from Qatar and South Africa.

"JP Drake put the challenge to us and so we gave them product exclusivity for the first four weeks," he said.

Mr Antonas said a potential investment partner from Qatar had travelled to Adelaide for the product launch with Drakes.

He expected to begin exporting cucumbers dressed in the compostable wrap to Qatar by the end of October, with exports to South Africa and Europe to follow.

The bioplastic film is made from a compostable resin called Mater-Bi that uses substances obtained from plants including non-genetically modified corn starch.

While there are other compostable products on the market, Mr Antonas said creating a 100 per cent industrially compostable cucumber wrap required a unique process.

"That's where Scott Morton's expertise came into it - because it's heat shrunk onto the cucumber. There's plenty of compostable products out there but this one is for a specific purpose," Mr Antonas said.

"There's a big push to make all single use packaging compostable. So, you buy a cucumber, you peel off the wrapper and you put it in your greens bin and you know it's not going to add to landfill and that sort of thing. Plastic has its place but not for single use, it just creates too much waste."

According to Mr Antonas, the cucumber compostable wrap has the potential to be used on all fruit and vegetables, and BioBag World Australia director Scott Morton agrees.

"The potential is endless. It's improving all of the time. I see it as a direct replacement for plastic," Mr Morton said.

Norway-based BioBag has six factories and 20 market or distribution partners across the world, producing more than one billion bags a year.

He said the cucumber wrap developed in SA could also be distributed in major global markets including the United States.

"We're trying to enhance the current cucumber wrap. It's not quite suitable yet as a cling wrap alternative," he said.

"We're developing a new product that's more for the international market. That's a product that will especially keep fruit and vegetables fresh.

"We have some proprietary technology that we incorporate into it, so that way it'll keep fruit fresh."