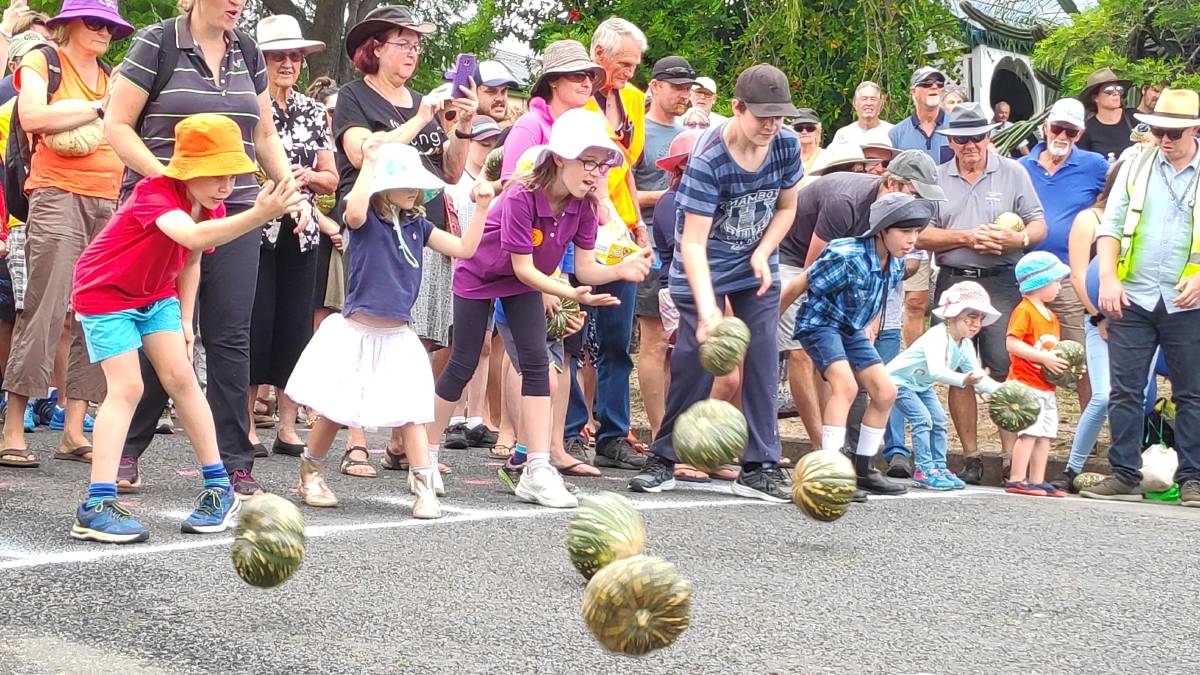 ROLL ON: Participants in the pumpkin bowls event at the 2019 Goomeri Pumpkin Festival.

The Goomeri Pumpkin Festival has put the call out for pumpkins.

QUEENSLAND'S iconic Goomeri Pumpkin Festival has put the call out for pumpkins with drought leaving their usual supplier unable to provide the vast number of gourds needed for the event.

The annual festival, due to be held on the last weekend of May, is now in its 24th year.

Coordinator Kim Boyter said while Goomeri had once been a big pumpkin growing district, these days there was just one grower left.

"Unfortunately due to the drought he hasn't been able to plant a crop," she said.

Now the hunt is on to find suppliers who can fill the gap to allow the festival to go ahead.

"Between the festival association and our local retailers we generally use about 1000 pumpkins," Ms Boyter said.

"This is our one major event for the year which sustains the economy throughout the rest of the year.

"We see 18,000 to 20,000 people on the day amd we see many of the visitors come back throughout the year because they enjoyed their experience so much."

People attending the festival are able to buy their own pumpkins on the day to then use to take part in the various events.

"There are some pumpkins that end up damaged that we then use for other purposes like feeding livestock, but there's very little waste from the festival," Ms Boyter said.

Ms Boyter said they were in talks with a number of potential suppliers about what arrangements could be made.

"What's a pumpkin festival without pumpkins?" she said.

"There have been times when pumpkins have been scarcer but we haven't been in this situation before."