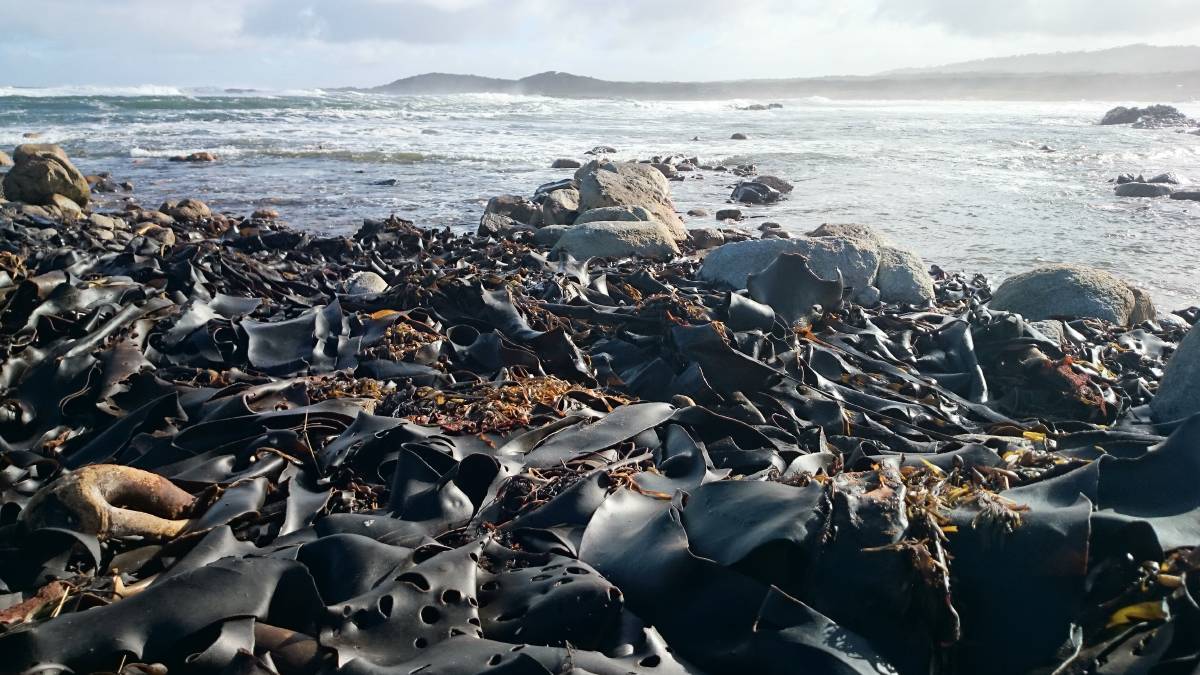 LYING AROUND: The bull kelp used by Kelpomix Tasmania is chosen from fronds near the pristine Granville Harbour, which is located half-way down the West Coast.

Views have changed in regards to seaweed as a plant nutrition product.

WHAT is so special about seaweed?

This question is often asked, and to answer it gives me an excuse to get into my second longstanding interest.

I gave my first one, climate change, a good airing last month.

Seaweeds come in all shapes and sizes. You see a lot of them if you live on the coast, obviously, but city dwellers won't have that luxury.

There are more than 150 described in Seaweeds of Australia, so it's surprising that this reference book doesn't describe Asparagopsis taxiformis, a red seaweed, which according to Wikipedia "has a cosmopolitan distribution in tropical to warm temperate waters".

Queensland readers are probably familiar with it. It's small and fluffy and pink, and very edible. Its name in Hawaii is Limu kohu meaning"pleasing seaweed".

It's also surprising because it's been shown to reduce methane emissions from cattle to almost zero when added to their feed.

This is significant, given that around 10 per cent of greenhouse gas emissions in Australia come from the digestion of cattle.

This is referred to in the AgriFutures Australia press release entitled "Australian seaweed: a $1.5 billion blue economy opportunity", regarding the Australian Seaweed Industry Blueprint.

It says in part: "Seaweed offers a huge opportunity for Australia's blue economy development with the global seaweed market projected at $30 billion by 2025".

In case you're wondering, "the Blue Economy is the sustainable use of ocean resources for economic growth, improved likelihoods and jobs, and ocean ecosystem health", according to the World Bank.

The press release goes on: "This industry could employ 9000 people and for current seaweed producers, the Blueprint offers the foundations needed to mobilize industry development and realize the opportunities in sight".

I assume a lot of this is based on computer modelling (you will be aware of my scepticism) so we'll just have to wait and see.

In the meantime, I thought it would be useful to have a look at what is actually going on now in Tasmania.

It's too cold for Asparagopsis. By far the most important seaweed economically is Tasmanian Bull Kelp, Durvillea potatorum, which is the complete opposite - far from being small and fluffy, the massive fan-shaped fronds grow to about eight metres in length, and are more or less divided into narrow segments. 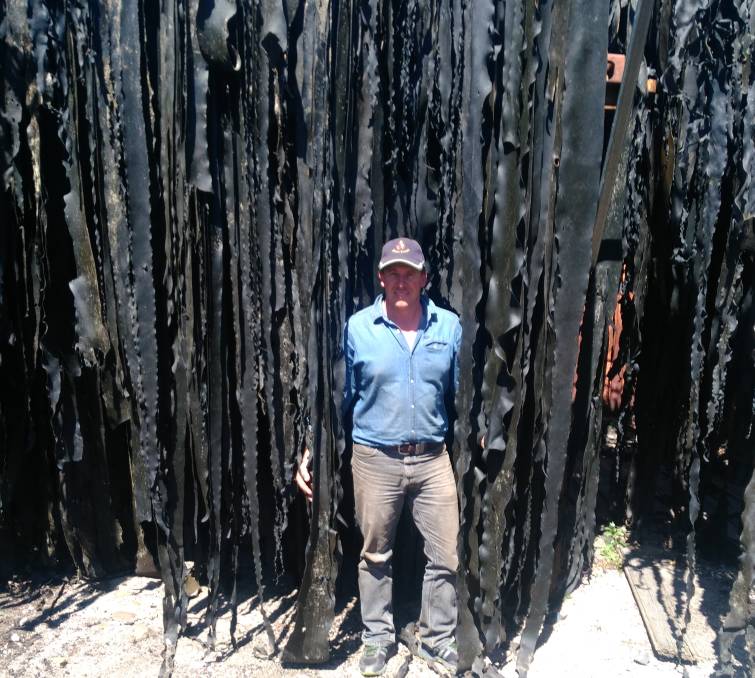 The plants grow just above and below low tide level to depths of about 10m.

Nine thousand might be the final Australian seaweed work force, but the present Tasmanian one is a bit smaller.

A good example is Kelpomix, located on Formby Road in Devonport near the Mersey River.

As the name implies, it's a kelp processing business owned by Chris Russell, who employs a workforce of five (his official title is "director - technical support").

His parents bought out TasSeaweeds in 2004 and Kelpomix evolved from there.

The kelp is chosen from fronds near the pristine Granville Harbour, which is located half-way down the West Coast.

In 2004 seaweed products were sneered at by the agrichemical industry - how times have changed.

Kelpomix now sell 150,000 litres of liquid kelp annually, mainly in Australia but some is exported to China.

The vast majority (90 per cent) is to large-scale growers. They have 15 other products on their list, but liquid kelp is the product leader by far.

So, while "the Blueprint offers the foundations needed to mobilize industry development and realize the opportunities in sight", Tasmanian Kelpomix is actually doing it.