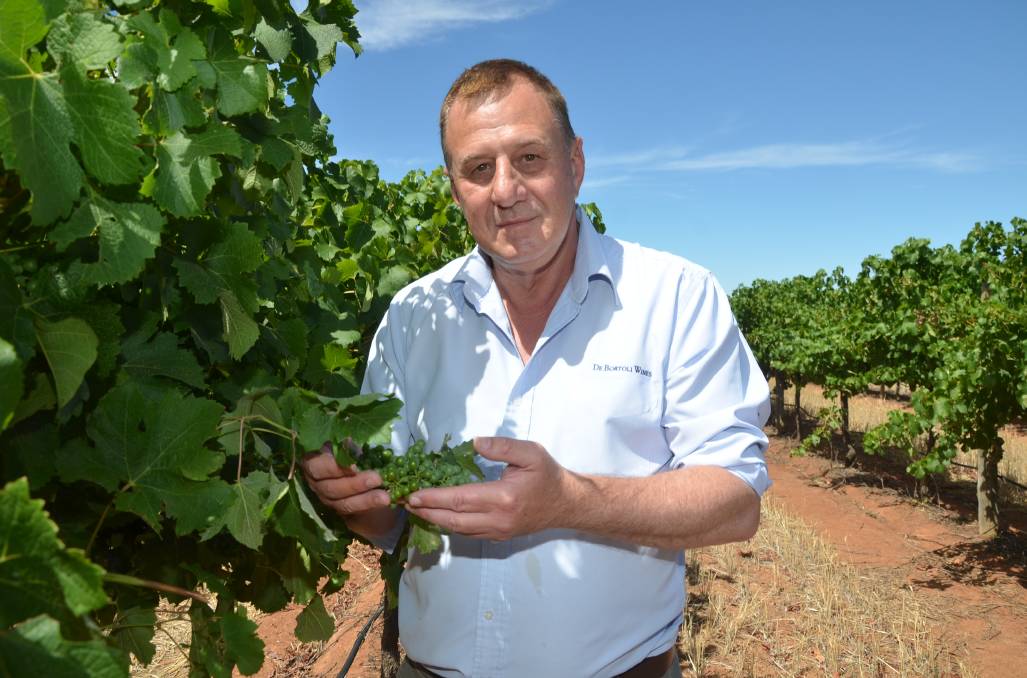 PRICE CHECK: Darren De Bortoli, De Bortoli Wines, Griffith, said one of the big challenges following the China tariffs announcement would be getting the pricing right for wine grapes.

Red grape prices expected to drop due to China tax.

THE year 2020 was difficult for many, but the Australian wine industry had a particularly rough time.

After years of drought the industry was hit by bushfires, which led to smoke taint issues, then there was COVID-19 which closed cellar doors and restaurants, and to cap it all off, China has imposed crippling import taxes, totalling more than 200 per cent, on Australian wine.

On the flip side, China accounts for nearly 40pc by value of Australian wine exports and 10pc by volume of Australia's average wine production.

A major concern is that with China no longer an export option, winemakers of all sizes will be forced to quit stocks at distressed prices.

The silver lining of drought and bushfires?

HOWEVER, the drought and bushfires have offered a silver lining in terms of supply levels.

De Bortoli Wines, which is based in the Griffith region and has four wineries across NSW and Victoria, sends 20pc of its exported wine to China (four per cent of total production).

"We were expecting some punitive action from China but not at the magnitude that we were hit with," he said.

Mr De Bortoli said he was cautiously optimistic commonsense would prevail but in the meantime other countries would have to fill the void in China, which would suck cheaper wine out of the international market.

"There will be some sort of adjustment occurring, but worldwide there is no shortage of wine with the Europeans talking about distilling a billion litres earlier this year (2020)," he said.

MR De Bortoli identified the biggest challenge would be getting the grape pricing right.

The huge majority, around 95pc, of Australian wine headed to China is red wine and Mr Caddy told IWRA members market indicators suggested there was some justification for wineries reducing prices for red grapes by about 10pc.

However, he said those same indicators suggest that white grape prices should increase by 10 to 15pc.

Riverina Wine Grapes Marketing Board chief executive officer, Brian Simpson, said it was important for growers to remember that in the past few years the industry has sold more wine than it has produced.

"If you're not comfortable with the prices you are being offered there are other buyers who might look to take your fruit," he said.

SINCE the import taxes were announced by China, a campaign to boycott Chinese-owned wineries in Australia has been shared across social media.

Allandale Winery in the Hunter Valley is one of only two NSW wineries identified in the campaign as being Chinese owned.

General manager and one of the directors of Allandale Winery, Bill Sneddon, said if the boycott was successful it would hurt their Australian employees, grape growers and suppliers.

"If we were importing Chinese wine and selling it in the Hunter Valley it would be different."

Mr Sneddon said the Chinese tariffs were very detrimental to the Australian wine industry and said they would receive no preferential treatment because they are Chinese-owned.

"China is such a huge part of the market and it will affect everybody," Mr Sneddon said.

The story Low stock a silver lining for wine first appeared on The Land.