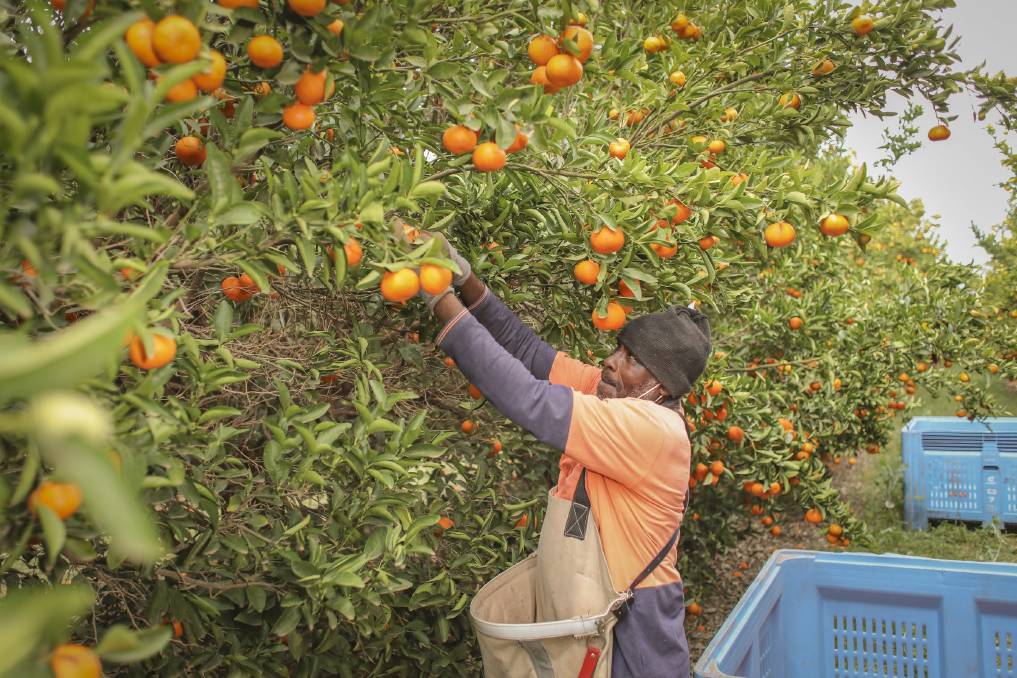 Citrus Australia thinks more should be directed to quarantine facilities.

Citrus Australia has called on the various citrus-growing states to up their hotel quarantine caps to allow more Pacific workers in, rather than trying to lure city-based Australians.

According to Citrus Australia, only 2600 workers from the Pacific Islands have entered Australia so far with many placed in meat processing facilities.

Department of Education, Skills and Employment figures show a $17.4 million federal government scheme that provided $6000 in accommodation and transport costs to Australians willing to pick fruit and vegetables attracted only 268 Australians.

The national citrus harvest began in Queensland in March, giving extra urgency to the call.

Mr Hancock said the citrus industry was sincerely grateful for those Australians who took the opportunity to pick fruit. However, the numbers were inadequate.

"Official figures from the Department of Home Affairs reveal there are less than 45,000 backpackers in the country - 100,000 less than pre-COVID figures," Mr Hancock said.

"Backpackers traditionally pick fruit for three months to qualify for a second-year visa and their absence makes a swift government response even more critical."

Addressing the media on March 9, prime minister Scott Morrison said when Australians won't do the jobs, the jobs still need to be done.

"I can't have, as is occurring, horticulturalists ploughing their produce back into their fields because they can't get workers," Mr Morrison said.

"That is a tragedy for our economy and particularly for those producers."

Mr Hancock called on all states, as well as the federal government, to review the money spent on failed incentive programs and advertising campaigns directed at Australians and utilise it to raise the number of beds in hotel quarantine.

"We simply don't have enough hotel quarantine available to make sure that smaller growers can bring in seasonal workers as they need them," he said.

Whilst we acknowledge the efforts of the states to create pathways for additional workers, these are either too expensive, heavily regulated or also hampered by a lack of funding. - Nathan Hancock, CEO, Citrus Australia

"That will be a far better use of our money and we will quickly increase the numbers of people that are coming into the country to work in horticulture.

"National Cabinet has already approved accepting more workers from the Pacific Islands outside the cap for returning Australians.

"More than 2600 workers have already been brought into Australia with no cases of COVID detected prior to their departure or during their quarantine in Australia.

"Minister Littleproud has previously stated there are more than 20,000 workers in the Pacific Islands available and ready to work.

"The only limiting factor is the decision by all state governments not to allocate more resources to their police and health departments to ensure adequate hotel quarantine is available.

"Whilst we acknowledge the efforts of the states to create pathways for additional workers, these are either too expensive, heavily regulated or also hampered by a lack of funding."

"They are asking too much of an industry already stretched to breaking point, putting all the onus on growers to deliver a facility, cover all the costs, and develop all the procedures right before harvest commences," he said.