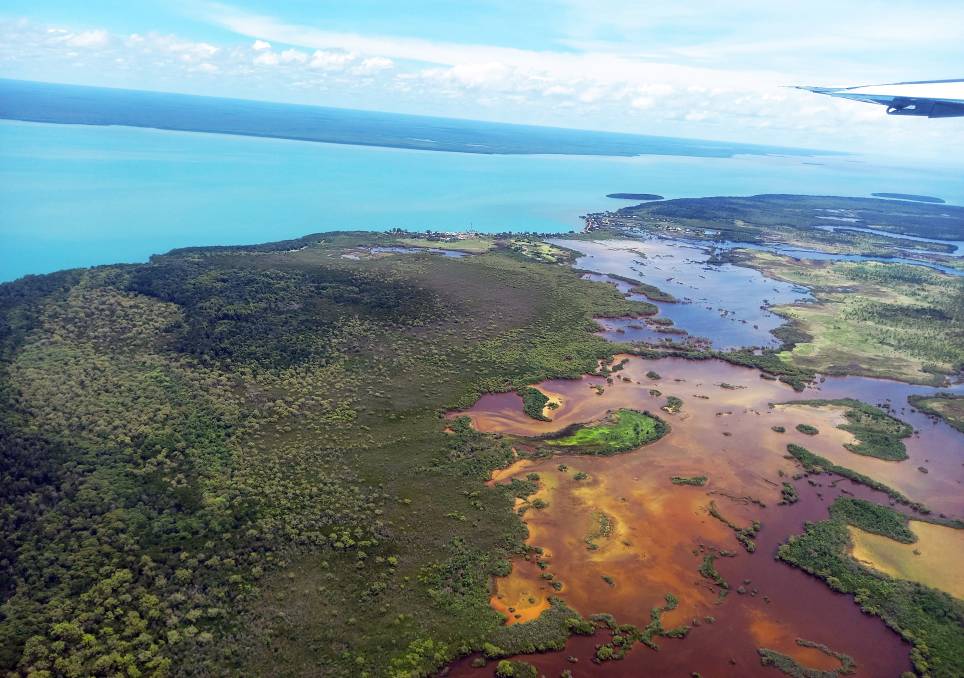 DANGER CLOSE: At the top of the picture is mainland Papua New Guinea, at the bottom just four kilometres away is Australia, as in Saibai Island in the Torres Strait. Picture: supplied.

This is the image which keeps biosecurity officials awake at night.

THIS is the image which keeps biosecurity officials awake at night.

Australia, the island fortress, has struggled in recent times to keep many of the world's nastiest diseases and bugs at bay.

As the picture shows, Australia is only four kilometres away from its nearest neighbour, Papua New Guinea.

Exotic fruit flies are regularly blown by the winds across this narrow waterway between PNG at the top of the picture, and Saibai Island at the bottom.

Saibai is not the northernmost island in the chain of Torres Strait islands, but it is the closest to PNG.

Included in the island's population of 465, are two Australian biosecurity officers with a lot to do.

Foot and mouth, rabies - Australia spends many millions to keep them and the many other horrors out and protect its citizens and agricultural industries.

Our island home has kept us safe from many baddies while some of them - bigger vermin like rabbits, foxes and cane toads, we stupidly brought in ourselves.

For generations our seawater moat and a massive national effort has kept some of the world's worst out but our recent record is not so good.

Fall armyworm was first discovered in the Torres Strait last year but could not be stopped.

The caterpillar travelled faster than anyone else did with the coronavirus border closures and is already in Victoria.

No-one yet knows how the dog disease ehrlichiosis breached Australia's defences after it was found in Western Australia and the Northern Territory last year.

Spread by the common brown tick, ehrlichiosis is expected to spread right across Australia and is here to stay. 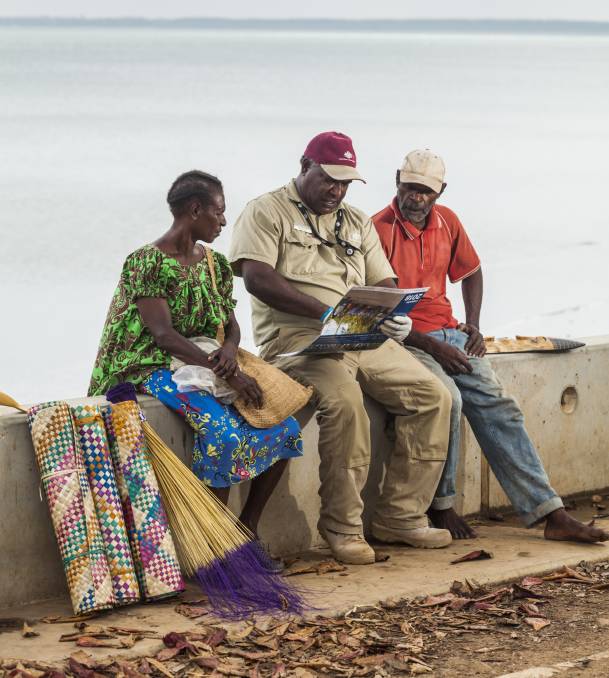 An Australian biosecurity official speaks to residents of Saibai Island who are a lot closer to Papua New Guinea than they are to Australia. Picture: supplied.

Australian biosecurity boss Andrew Tongue spoke at the recent ABARE conference and it was obvious he cared less about what had gotten in, as to what was about to.

It was Mr Tongue who pointed out how close PNG actually was was to Australia.

The nightmare today is African swine fever, a highly contagious disease of pigs which has taken a firm foothold across the narrow divide to PNG.

The virus has already killed a quarter of the world's pigs, there is no vaccine or treatment for it.

If it got in, the only way to get it out again would be to kill every single one of Australia's pigs, there are about five million of them - the industry is worth $5.3 billion.

The added complication is that Australia is home to an estimated 24 million feral pigs, getting rid of them has long been too tough a nut to crack.

Saibai's Island is not the biggest chink in our armour to ASF, the mail is.

COVID-19 has given officials a bit of breathing space because international travel comes in second as the best way to penetrate our defences.

Luck is high up on the list as well. 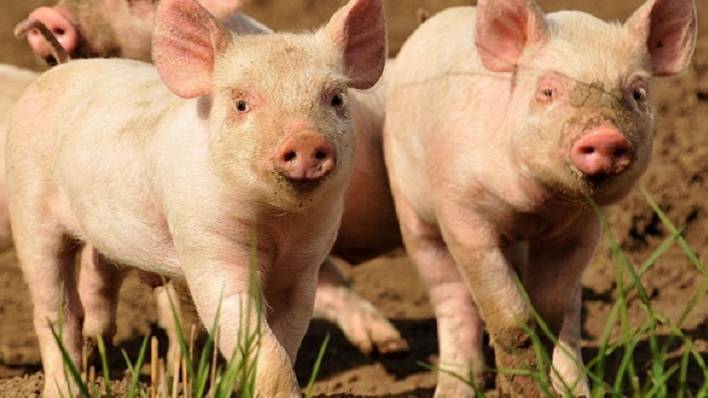 Samples of pork products seized between December 2018 and February 2019 tested positive for virus fragments, and destroyed.

Australia is nowhere near self-sufficient for pig meat, almost half comes in via sea freight, mostly processed products from Europe and the US. But ships are not seen as a big problem.

The net is being pulled tighter to keep swine fever out - there are more resources and more laws being thrown at the Torres Strait.

Items not permitted to be moved from PNG to Torres Strait include live plants and animals, fresh fruit and vegetables, meat, dairy and poultry products, soil and goods with soil attached as well as untreated animal hides and skins.

Australia has been helping PNG out with technical advice hoping to stop its march south.

The Northern Australia Quarantine Strategy was set up in 1989 to provide an early warning system for exotic pest, weed and disease detections across northern Australia and to help address unique biosecurity risks facing the region. 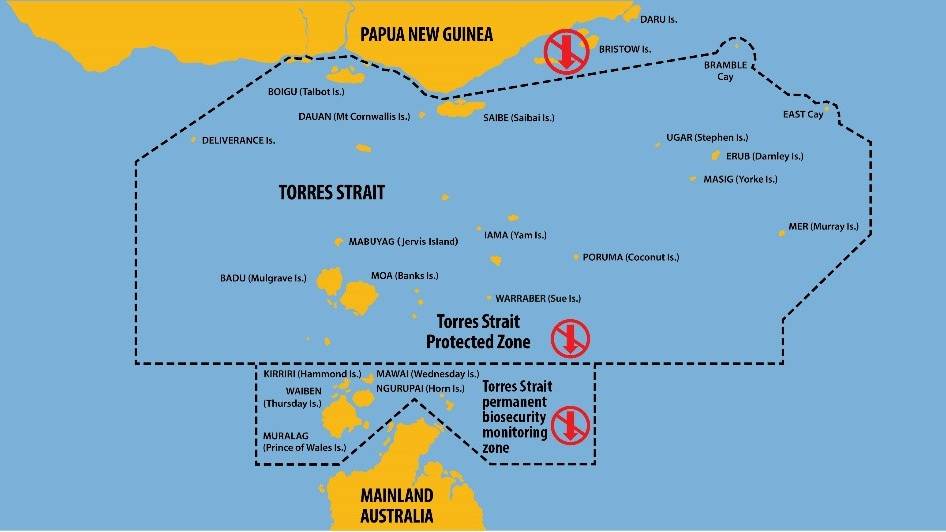 Biosecurity zones have been established to help in this crackdown despite the Torres Strait treaty designed to allow the traditional trade and movement between the islands.

NAQS activities are delivered via a network of scientific and operational staff based in Broome, Darwin, Nhulunbuy (Gove), Weipa, Bamaga, Cairns and throughout Torres Strait.

The Torres Strait is a direct way into Australia, and also an early warning system.

In 1991, NAQS staff involved in a plant health survey discovered the major crop pest Spiralling whitefly on Boigu Island, a near neighbour to Saibai.

The insect spread to most inhabited Torres Strait Islands but its impacts were mitigated by a biological control program using a parasitic wasp.

It is swine fever knocking on the door today.

NAQS tested a large proportion of the domestic pig population in the Torres Strait for ASF in August last year and all tests came back negative.

In December came a report from Moa Island in the Torres Strait of sick pigs, which was investigated by NAQS, with a negative result for ASF.

Despite all our best efforts, some experts say it is just a matter of time before ASF gets in.

The Federal government has launched a $66.6 million ASF package to try and stop it.

There's more checking in the Torres Strait, the suspension of import permits from countries with ASF outbreaks.

As well, a national feral pig action plan is being developed to get our own house in order,

Australia is also negotiating "pre-emptive zoning arrangements with Singapore, our largest export market for pork and pork products, in the event of an incursion," a government spokeswoman said. 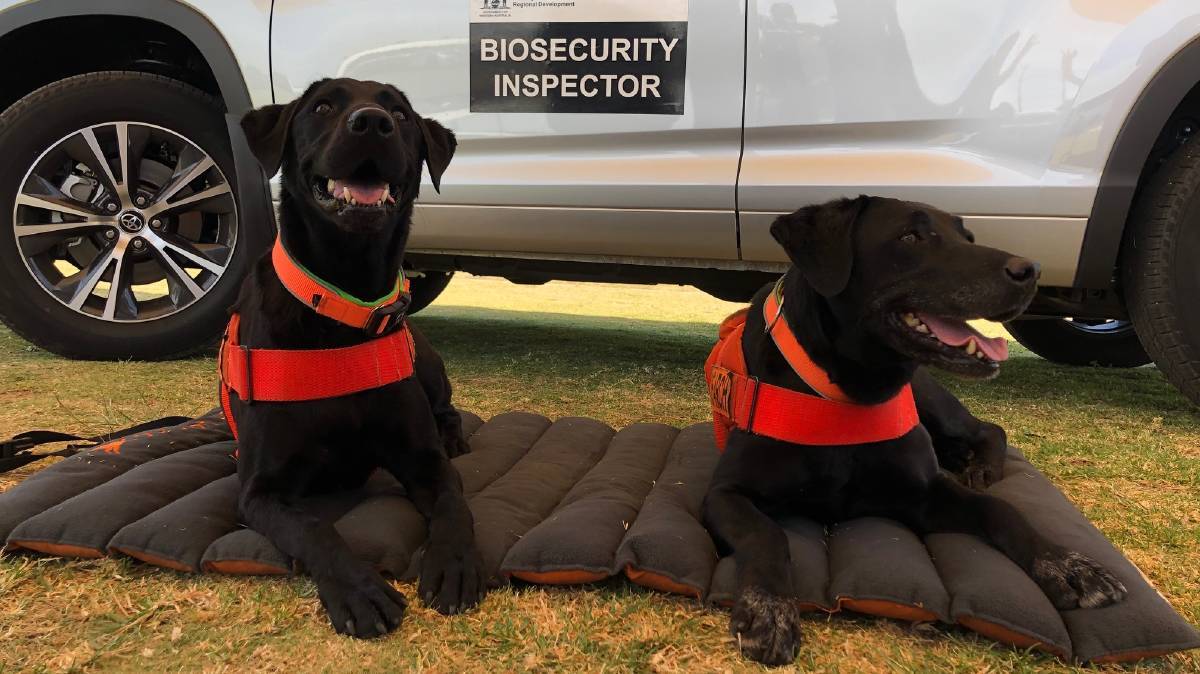 Detector dogs are very good at sniffing out contraband pork products in the mail, and at the airport.

It is not all one-way traffic.

The Queensland government has recently introduced regulations to reduce the risk of pests and weeds moving from the mainland and between islands.

A Biosecurity Queensland prevention and control program has targeted high priority invasive species that are found in parts of Queensland, but have not spread to the Torres Strait

All vehicles, heavy machinery and building equipment must be cleaned before shipping or moving between islands.

People must make sure their clothes and shoes are free of soil and weeds.

Australia is doing a lot but needs to do more, according to the National Farmers' Federation.

"The industry feels like we've been lucky, and our fear is that our luck will run out and there will be a major incursion," he said.

The story Australia's seawater moat no barrier to all the world's nasties first appeared on Farm Online.