Two sweet corn varieties being trialed in Qld could inject some colour into the market. 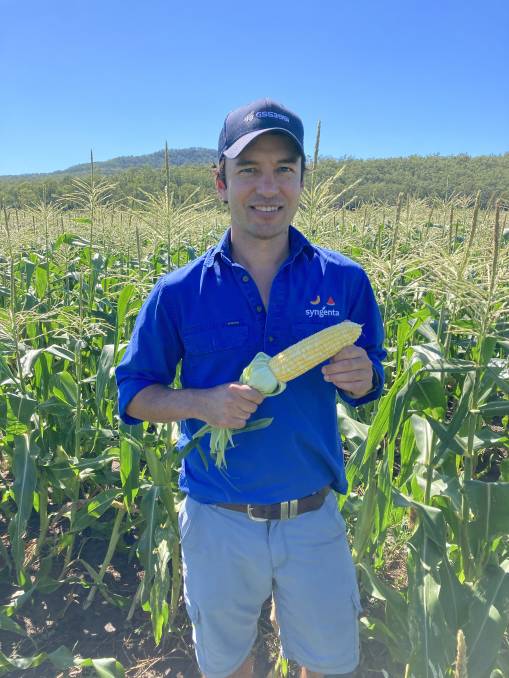 NEW TASTE: Syngenta's Leith Plevey with the Cabo variety of sweet corn being trialled in the Lockyer Valley.

SWEET corn varieties being trialled in Queensland could be set to inject some colour into the market.

Syngenta is behind trials of the Cabo and Sovereign varieties, both of which are bicolour and new to Australia.

"Certainly from our perspective it's something we're pretty excited about," he said.

"It's not just appealing for its appearance but there's also a real sweetness and the tenderness of the kernels.

"The market in Australia would be at least 95 per cent yellow and in terms of fresh product you can find at the shops, it's almost exclusively yellow.

"The bicolour varieties we do have are very similar to our yellow varieties in terms of taste."

Trials started early this year in the Lockyer Valley and at Fassifern with more trials now taking place at Bowen and in the Burdekin.

Cabo is well established in the United States, particularly in California, while Sovereign is a newer hybrid offering additional disease resistance.

Mr Plevey said the trials had achieved solid results since the beginning of the trials a few months ago.

"They've performed really well, they've filled out their cob and have thrived, particularly in the hot conditions we've had," he said.

"Then in the last couple of weeks we've had some really wet weather and it's done well through those conditions too."

Mr Plevey said while it was still early days, they were working with all of the major sweet corn growers.

"As a consumer, I would love to be able to buy this," he said.

"There has been a good response from growers so far, some of the traits, particularly around eating quality, have been keenly observed.

"Generally with a new product we will be trialling it for a couple of years to test it in different conditions and in different areas.

"There's really no such thing as seasonality in produce these days... the expectation from the retailer and the consumer is every product is available for 12 months of the year."