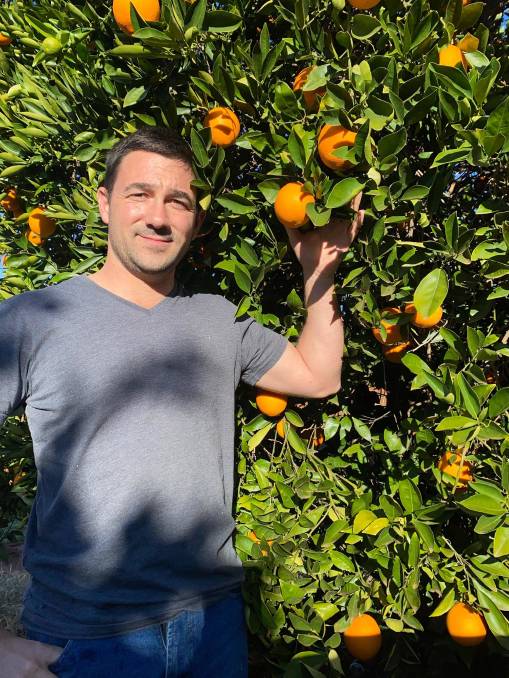 IT'S a bitter-sweet season for citrus growers in the Riverina.

On one hand they are recording high yields and are producing some of the best fruit they have in years.

On the other they face abandoning fruit due to a glut in the domestic market, low farm gate prices and no one to pick the fruit due to the labour shortage.

"This year's fruit is above average in yield and quality," said Griffith and District Citrus Growers Association chair Vito Mancini.

Mr Mancini said the Riverina region was expected to produce 97,000 tonnes of navel oranges and 143,000 Valencias - up from 20 per cent last year. Not only is the volume up but he said the quality of the fruit was 15 per cent better than the previous season.

"We had a mild spring, with a lot of rain and less wind so we didn't get as much blemish on the fruit," he said.

With global economic concerns due to the pandemic, he said traditional exporters had been nervous about sending their fruit overseas and had instead hedged their bets on the domestic market.

But he said it had put pressure on the domestic market, which had seen a glut locally.

"Exporters have been nervous about getting product overseas," he said.

"We are still exporting citrus and fruit is arriving on a weekly basis and getting cleared in China.

"However, consumers over there want cheaper lines. There has also been fruit delays, with reports fruit has been sitting for 25 days before it hits the supermarket, so there is the risk of the fruit not appearing as good as it should be.

"Most exporters have also changed their payment terms and require upfront payment to negate risks for fruit and changes in economic circumstances."

There wasn't a lot of wind so there is a lot of fruit with no marks on it, which is suitable as first grade product. - Nathan Hancock, CEO, Citrus Australia

Mr Mancini said all of this had contributed to the glut in the domestic market, which had pushed down the farm-gate prices.

Growers are getting between 40 cents and 60 cents a kilogram, which is 15 to 20 per cent down on last year.

"Consumers are benefiting and are paying cheaper prices," he said. "The markets are also struggling with Sydney and Melbourne due to lockdown and school holidays demand. But in the second half of season we should see an uptick in domestic consumption."

On top of that, he said growers were facing a severe labour shortage, with 50pc less available workers.

"For us, there is a huge potential of fruit being left on the trees because of the markets and labour shortage.

"Citrus growers were watching the summer fruit season bare the brunt of trade wars between countries and a shortage of labour and we were expecting the worst and hoping for the best, thankfully we can still move fruit."

"There wasn't a lot of wind so there is a lot of fruit with no marks on it, which is suitable as first grade product," Mr Hancock said.

But he said most regions were short of labour, which was contributing to a slow harvest. Plus there had been issues with sea freight and export logistics, which meant there was more fruit on the domestic market. Additionally, exporters were spreading their fruit into other markets like North America and the United Kingdom.

"They are spreading the risk out, which is a tactical move that will hopefully pay off," he said.

The story A bitter sweet citrus squeeze first appeared on The Land.