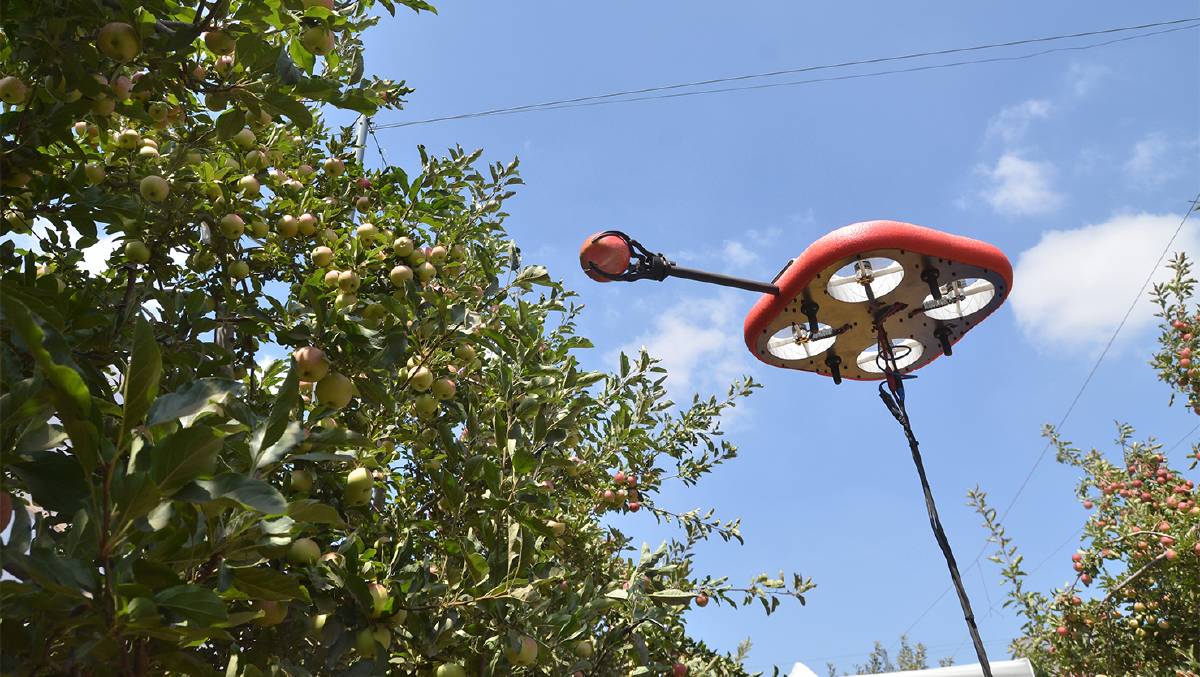 ORCHARDISTS may soon have aerobotic technology on arm to replace some of its workforce after an Israeli-based start up company Tevel Aerobotics Technologies Ltd began developing an autonomous robot that could pick fruit.

The business began in 2016 and has recently attracted the investment of Kubota Corporation, which has been promoting innovation through partnerships with external organisations in Japan and Europe through its Innovation Centers.

Mr Kitao said in order to promote open innovation through partnerships with external organisations, Kubota had established its first Innovation Center in Japan in June, 2019. 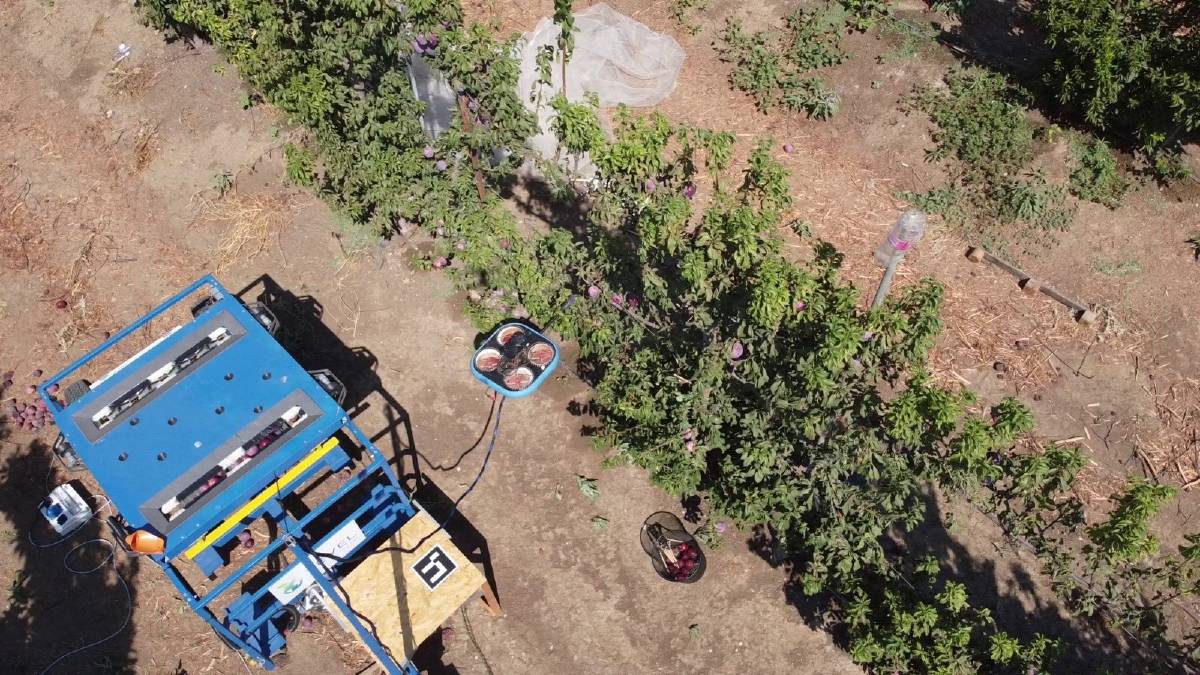 WORKING: Plum picking with a land unit that doubles as a collection bin (left) and a flying autonomous robot (centre).

To meet the different needs of the different regions, a second Innovation Center was established soon afterward in the Netherlands focusing on Europe and Israel.

He said its recent investments in startups have allowed Kubota to deepen its knowledge of advanced agritech and its business models, "thus accelerating the development of its innovative business solutions in the agriculture sector".

"Tevel, in which Kubota has recently taken an equity stake, is developing a flying autonomous robot for fruit picking.

"Each flying robot, wire-connected to a land unit equipped with a collection bin and control module, automatically recognises ripe fruit, picks it and conveys it to the collection bin.

"Unlike land-based robots that pick fruit using an arm or similar means, a drone can access fruit at height or behind branches and other obstacles, offering excellent maneuverability for efficient harvesting without ever missing any fruit.

"Tasks such as hovering a drone at low altitude or holding and carrying a piece of fruit while flying in mid-air are highly skilled operations, but Tevel uses AI with computer vision, advanced robotics, aeronautical engineering, state-of-the-art flight control and data fusion and perception to realise efficient harvesting."

The technology is still in the development phase and it is unclear when it will be ready for the market.

With horticulturalists and farmers struggling to find enough workers they could soon be using drones instead.