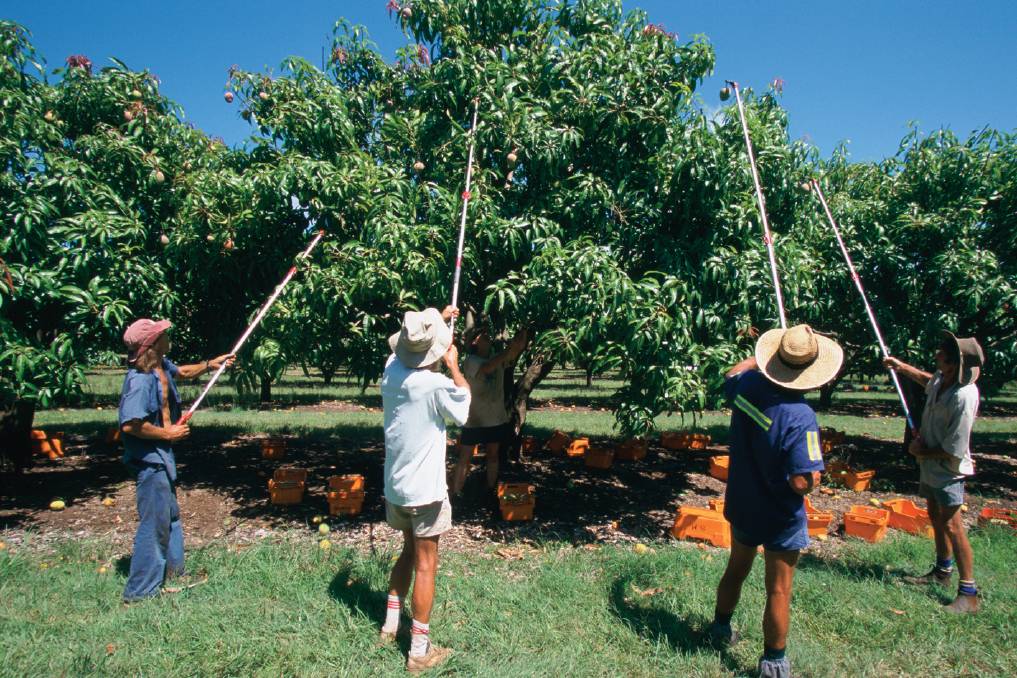 The Victorian government has extended the quarantine arrangements for another 1500 Pacific Islander workers.

THE Victorian government has opened the door to another 1500 Pacific Islander seasonal workers to come to the state.

It covers the Seasonal Worker Programme and Pacific Labour Scheme.

"We know these workers are an integral part of the seasonal workforce and we are pleased to continue our arrangement with the Tasmanian government to extend this quarantine pathway for workers," Ms Thomas said.

"We are supporting Victoria's $3.6 billion horticulture industry to shift away from relying on any one particular cohort of workers and to build a more sustainable, reliable, local workforce for future harvests."

Tasmanian primary industries minister Guy Barnett welcomed the continuation of the quarantine arrangement with Victoria, which allowed it to prioritise Pacific workers to support the state's agriculture industry.

The agreement extended the Government's $7.8 million package and landmark arrangement with the Tasmanian government, which secured a quarantine pathway for industry to bring in up to 1500 Pacific workers.

So far, more than 1460 Pacific workers have arrived to support the Victorian agriculture industry.

Work had already begun with approved employers and the Tasmanian and commonwealth governments to organise an ongoing flight schedule for the coming months.

This flight schedule will be based on requests for workers from approved employers, who are responsible for organising flights under the Commonwealth's schemes.

Ms Thomas said discussions, on a longer term arrangement, were continuing with Tasmania.

Industry will continue to contribute $2000 per worker to the quarantine costs, with government providing $5300 for each worker.

AUSVEG Vic welcomed the quarantine pathway extension but said growers must be given more certainty they will be able to access workers after this extension.

Ausveg Vic President and third-generation Victorian vegetable grower Paul Gazzola said there was strong demand for workers from the Pacific Islands and strong uptake of workers from this pathway.

"Future consideration should be given to additional safe quarantine pathways, potentially through pre-departure and/or on-farm quarantine," Mr Gazzola said.

A recent report by EY into horticulture's harvest workforce needs estimates there could be a shortage of up to 24,000 workers this year across the country, with estimates that up to 19,000 of the total worker shortage will be experienced by Victoria during its peak harvest.

"I urge all Victorian growers to plan ahead as early as possible and lodge their workforce needs as modeling from EY shows demand for labour in Victoria is projected to peak this season," Mr Gazzola said.

BUT state opposition agriculture spokesman Peter Walsh said while the extension was long overdue, it was only a band aid solution, that wouldn't make a dent in the tens of thousands of vacancies across the sector.

The paperwork to extend the deal had been sitting on the Premier's desk for three weeks, leaving Victorian farmers weeks behind in getting workers into 14 days quarantine and on-farm.

"The pandemic's left our fruit and vegetable growers, wool producers, grain growers and meat processors tens of thousands of workers short - but Ms Thomas is missing-in-action with no plan to get the workforce Victorian agriculture needs."

Mr Walsh said the Commonwealth's dedicated ag visa would be demand driven and the government must sign up, as a priority.

"Daniel Andrews and his Agriculture Minister have sat back while farm worker shortages got worse," Mr Walsh said.

"More than 12 months on and Labor still doesn't have a long-term solution that will give Victorian farmers certainty for the season ahead.

"The harsh reality is Victorian farmers need far more workers than the Labor Government has finally agreed to provide."

He said a long term plan should include the government signing on to the Commonwealth program and making sure the new Mickleham quarantine facility had dedicated places for farm workers.

"Victorian farmers deserve better than living with the constant worry that their hard work will be for nothing because the government can't be bothered doing its bit."