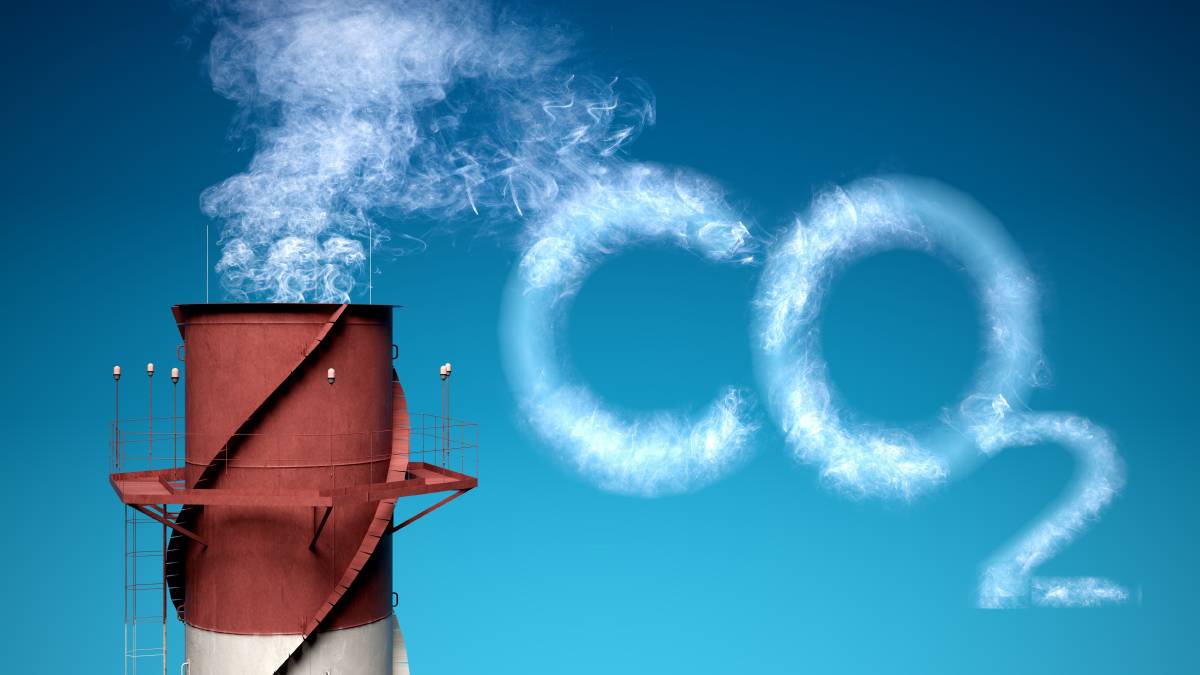 REQUIRED: Despite often being labelled as the enemy of the environment, carbon dioxide is required for plant growth, including agricultural crops. Picture: Shutterstock.

Crops need CO2, something many climate change protesters should keep in mind.

I SENT a copy of my October column as a matter of courtesy to the office of Gavin Pearce, the Braddon Federal MP, and was pleased with the response.

"Thank you for emailing this very interesting article, particularly the last section about the reliance of agriculture on carbon dioxide," he said.

"Various government ministers will be very interested in your article - thank you."

Reliance is understating it - as the heading of this column says: carbon dioxide is essential.

As I write, our prime minister is on his way back from the United Nations climate talks in Glasgow. The secretary general didn't mince his words there:

I sigh when I read these reports. - Dr Mike Walker, Tasmania

"Our fragile planet is hanging by a thread. We are still knocking on the door of climate catastrophe."

Coal is the villain. It's responsible for 20 per cent of all greenhouse gas emissions, and when the data is adjusted for population size, Australia has the highest per capita coal emissions of the Group of 20 biggest economies.

I sigh when I read these reports.

At the risk of boring you, I feel honour bound to remind you, yet again, that our fragile planet has been through all this before and has survived.

Please don't be bored when I tell you, once more, that when I was at primary school, we were taken to a terrace nearby which had been covered with vineyards hundreds of years ago.

They only came back in the 20th century.

But "we've got to get rid of the Mediaeval Warm Period" wrote a worried Professor John Overpeck in 1995. He was the Intergovernmental Panel on Climate Change lead author.

Two years later, a survey of US State Climatologists found 90pc agreed that "scientific evidence indicates variations in global temperature are likely to be naturally occurring and cyclical over very long periods of time".

We'd better get used to it - it's not going to stop.

As Christopher Booker said: "The media are peculiarly attuned to promoting 'scare stories' - food scares, lead in petrol, dioxins, white asbestos, and many others. But the nightmare vision conjured up by global warming is clearly bigger than all the rest put together."

He goes on at length but you get the picture.

So what's all this got to do with good fruit and vegetable production, I hear you ask?

The challenge is to get this gas referred to as essential to life, not as a pollutant.

When it is mentioned, there is always a video clip of power station chimney stacks belching white fumes - that's steam (but try not to worry).

I'm not sure what's the best way to go about this, but where we came in is a start.

I'm sure the editor could e-mail a pdf of appropriate pages to all politicians.

But, as my late-lamented Nan often said to me: "There's none so deaf as them that don't wanna hear, our Mike."