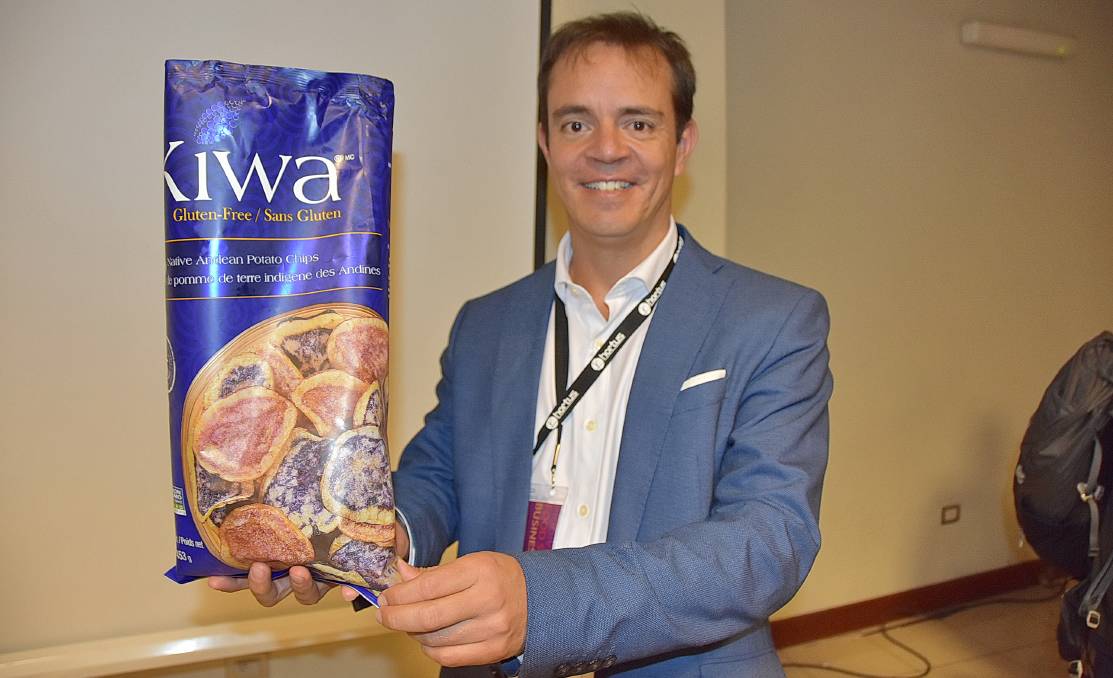 HEALTHY CRUNCH: Kiwa CEO, Martin Acosta with a packet of the native Andean potato chips which have found take-up in more than 20 countries.

Nutrient rich native potato crops are being harvested in the South American country and being turned into healthy popular snack items, while also giving back to smaller growers.

One of the companies to have found success in the field is Kiwa.

Company chief executive officer, Martin Acosta, spoke at the 10th World Potato Congress in Cusco, Peru in May, delivering details on how the project came about.

He said the company started working with potato farmers in an aim to connect them with world markets.

"We take the raw material, we process and we package it," Mr Acosta said.

Today Kiwa is a global brand of premium vegetable chips, working with farmers in eight of Ecuador’s 23 provinces and northern regions of Peru.

Kiwa products are sold in more than 20 countries.

The company works with 50 farmers directly and nearly 300 indirect beneficiaries.

The final product is sent out to several markets, with Germany becoming one of the large takers of the chips. 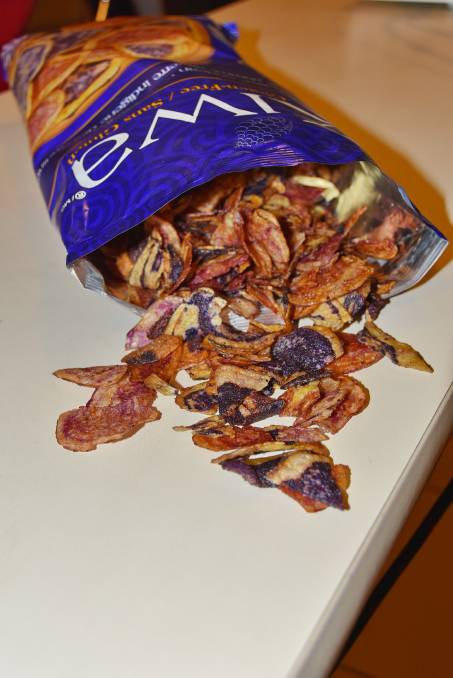 GOOD SNACKING: Not only do the Andean potato varieties provide a range of colours, they are also high in antioxidants.

Having displayed at numerous fine foods shows around the world, the company has received several awards not only for the product but for the business model behind it.

"We started receiving awards but that wasn't our concern. We wanted to create something bigger and better than just fair trade," Mr Acosta said.

The success of the eight-year project so far has been largely based on collaborations with the public sector, farmers' associations, development organisations and the private sector.

Kiwa is the brand but there are other lines for which the growers supply potatoes.

The benefits to the growers have been substantial, on paper at least.

Prior to working with Kiwa, low income farmers were getting about 20c per kilogram for the native potato lines.

They now get a guaranteed price of 45c/kg, which is a predetermined price all year and has been in place since 2011.

"Workforce is about 39pc of cost. We need to work on this," Mr Acosta said.

Very few farmers though have converted their entire crops to native potatoes.

"They see it as an investment portfolio. They convert 10pc of their crop," Mr Acosta said. 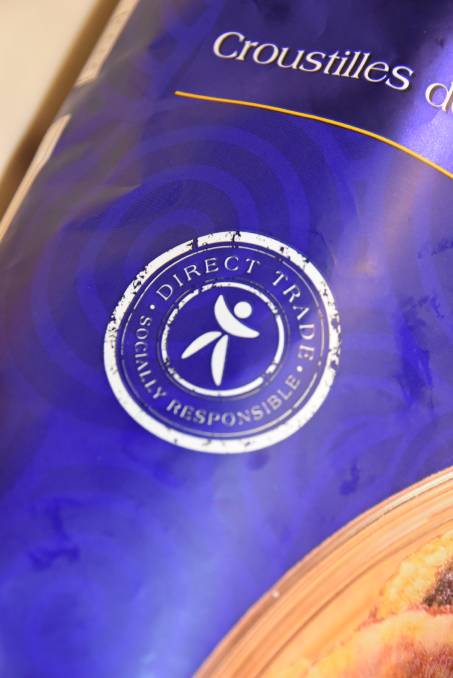 TICK: Social responsibility is a high priority for Kiwa which works with small farmers because with the aim of sharing the value through the entire supply-chain.

In fact, growers had trouble selling the Andean potato lines because the wholesale markets thought they were rotten due to the dark colouring and indentations.

The social impacts have flowed back through to agricultural communities with better seed varieties, technical assistance, training, tools and marketing.

While there are many positives, there are significant challenges to working with such a niche crop.

Added to this weather vulnerability was the pressure to maintain supply, particularly when large traders such as Costco begin increasing their orders.

But with involvement from Instituto Nacional Autónomo de Investigaciones Agropecuarias (INIAP) and the International Potato Centre (CIP), the company has embraced in-vitro plants which have been bred in private greenhouses.

He said other work needed to be done as the current two varieties developed were not ideal for frying.

What's helping to sell the chips is that they are more than just a delicious snack food.

The potatoes used mean they are extremely high in antioxidants and basically run rings around regular potatoes in terms of fibre (double), iron (four times more) and zinc (five times more), positioning it in the lucrative superfood category.

Mr Acosta said the aim was to develop new products for the world market, possibly including purple French fries for the United Kingdom and purple mashed potato.

And if you're wondering why you may not have heard about purple potato chips as yet, it's because they haven't really been pushed.

Mr Acosta said the company has done some videos and social media but they were careful to market themselves foremost on the health benefits.

"It's important for us that the consumer grabs the bag, turns it around sees the health benefits," he said.