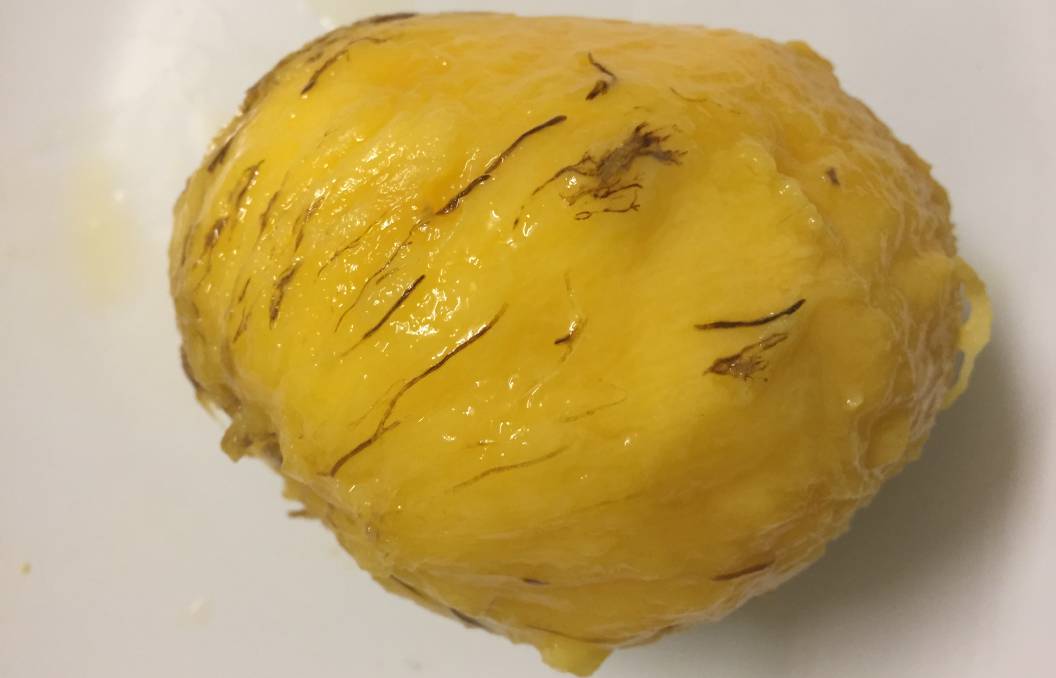 CULPRIT: A skinned mango showing the RCD disease within the flesh.

SCIENTISTS from both Tasmania and the Northern Territory are forming a better understanding of what causes resin canal discolouration (RCD) in mangoes.

RCD had stumped scientists and growers for decades, who until now had not had any clues about its cause.

Mangoes have an extensive network of canals that form a complex network just under the skin and in the flesh.

These canals store resin, or sap, and are normally flesh-coloured in appearance.

When infected with RCD, the canals become brown or black in colour as the mangoes ripen.

Research undertaken by ARC Training Centre for Innovative Horticultural Products PhD candidate, Umar Muhammad and NT Department of Primary Industry and Resources (DPIR) scientists found it is expressed after harvest and caused by bacterial infection, which rules out problems with the plant.

Mr Muhammad has been researching the cause of RCD in mangoes in partnership with DPIR for the past two years.

DPIR research leader, Dr Cameron McConchie, said this discovery was the biggest local breakthrough in understanding the cause of RCD.

"While it is still not clear where in the production system infection normally occurs, this research suggests it occurs post-harvest and that avoiding contamination is essential to prevent RCD," Dr McConchie said. During the 2018-19 mango season Mr Muhammed harvested fruit from orchards in Katherine and Darwin with known history of RCD, and artificially induced the disease in otherwise healthy mangoes, the first time this had been done in Australia.

"The harvested fruit was exposed to RCD by either placing pulp from infected mangoes directly onto the skin, or injecting infected pulp into the fruit with a hollow needle, and it was this experiment that lead to the breakthrough," Mr Muhammad said. OUTER: A mango showing signs of RCD on the outside. Photo: NT Government.

"It found that RCD can spread merely through contact with the intact skin of infected mangoes."

Although largely expressed at post-harvest, RCD has perplexed growers for decades because it can also appear at any time of the season and no pattern had been established with rain or high temperatures.

The number of cases of RCD has been increasing in recent years, particularly in the Northern Territory, which is why researchers have focused on this disease

RCD is estimated to cost the Northern Territory mango industry between $5 million and $10 million per year.

As well as discovering that RCD develops post-harvest, the research has also found that some mango cultivars are more susceptible to RCD than others.

"At this stage we can only say that Kensington Pride are susceptible, and it appears that symptoms are more severe in fruit from Darwin than further south," Dr McConchie said. 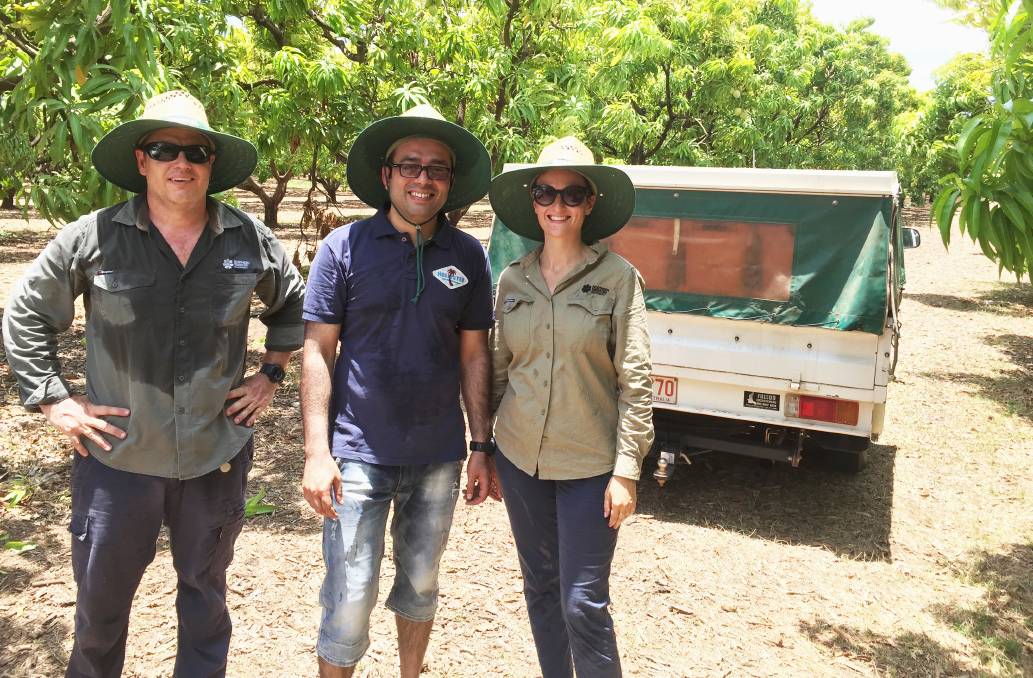 "We know that some of the new mango varieties we've been developing are very resistant to RCD, even when the infection is injected directly into the fruit."

"This project has been a real collaborative success - Umar has worked closely with mango growers, Northern Territory Government scientists and other researchers at the Tasmanian Institute of Agriculture," associate professor Gracie said.

"The findings will help solve a significant problem for Australia's mango growers - that's the benefit to industry-focused research like this."

Future research still needs to be undertaken to determine where the source of bacterial infection is occurring in the supply chain.

The research was funded by the Australian Research Council Industrial Transformation Research Program, Woolworths and the University of Tasmania with in-kind support from the Northern Territory Government and the Tasmanian Institute of Agriculture.