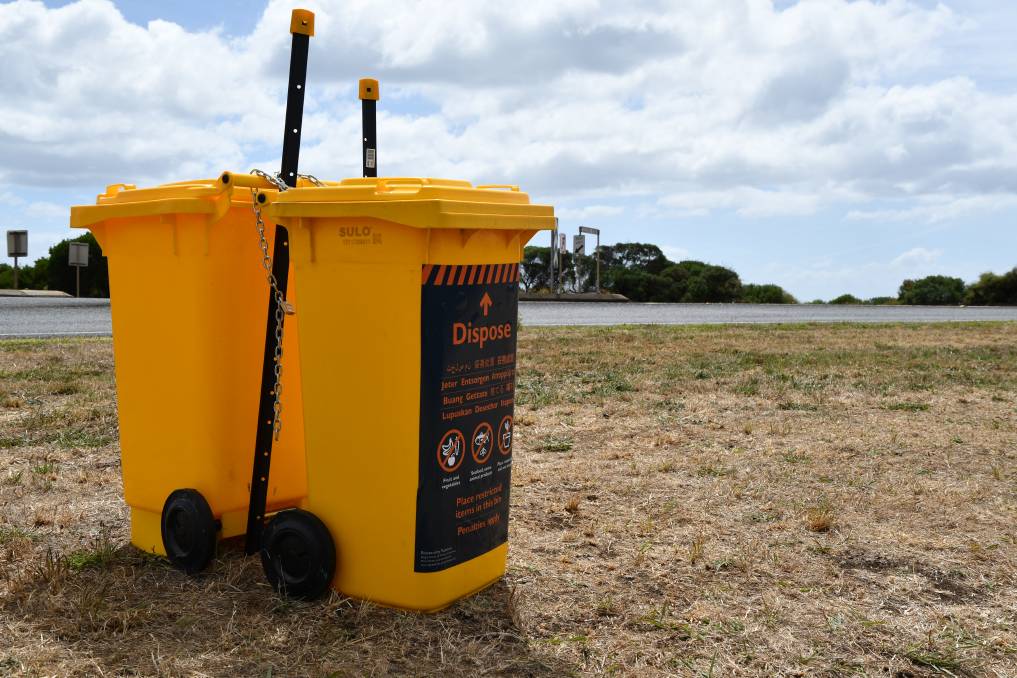 RUBBISH: Some of the quarantine collection bins within Tasmania, which perhaps could do with more prominent and clearer signage.

A forum on the Tasmanian fruit fly outbreak left more questions than answers.

YOU may remember I used the wording, "Consultation - what a joke" as the title for my column in January last year.

This was in the context of regulations regarding heavy vehicle use when I said I considered the "consultation" was token.

I'll say the same about a session on the recent Queensland fruit fly sighting and what to do to stop this happening in the future. (I covered this in my June column.)

The small number who turned up were taken aback when at 6.15pm, after giving a presentation for about half an hour and then making a few comments about submissions received, the organiser basically thanked us for coming.

Had it not been for some very astute comments by a latecomer, we would probably have all gone home.

More of the latecomer comments later.

Back to that very short session.

You can tell by the body language of the presenter if they are really enjoying leading it. I don't think this one was really enthused.

I wonder how much in-service training there is on "how to involve participants in sessions"?

It's a rhetorical question, as you've probably worked out, which is a pity, because something really ought to be done to improve matters.

Back to the latecomer comments.

Bob Simmons was the man. 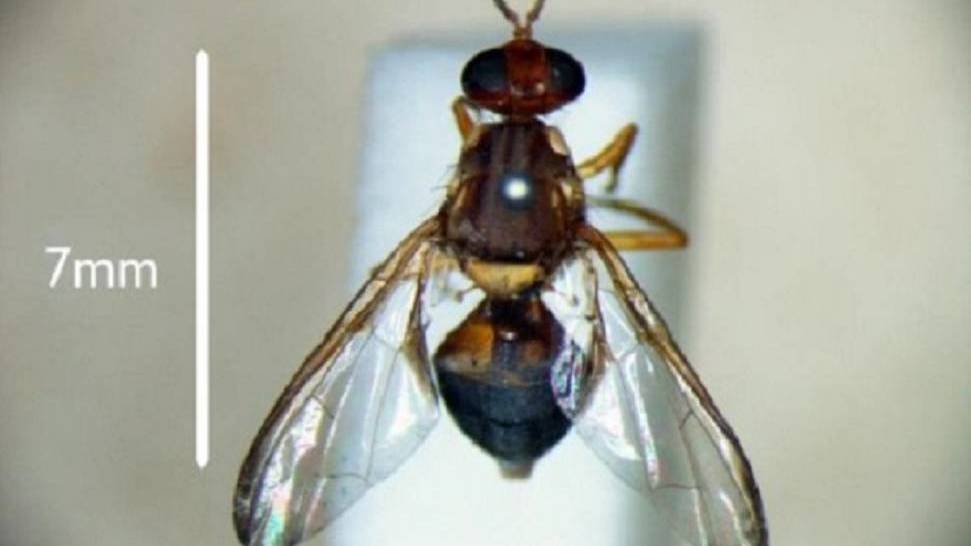 He runs Simmons Project Services ("Designers, Valuers, Project Managers") in his spare time from being a cattle farmer in Sheffield.

(For mainland readers, that's 20km south of Devonport as you look at the map.)

I contacted him after the meeting and asked for feedback.

He said: "I felt so incensed at the way the fruit fly incursion response had been handled that I had no hesitation in shooting from the hip... as a cattle farmer, I feel our industry is pitted with complacency surrounding biosecurity."

He then listed points of concern, all of which had been listed in my June column.

My message to Biosecurity is: Dumb it down.

It was gratifying to hear them so vehemently reinforced independently by a practising farmer and businessman.

The two most important were the effectiveness of the signs regarding the sighting in particular and communication in general.

"I don't know how many discussions I had with people who were aware but just didn't know what to do. After some months, I finally worked out what we were supposed to do with it all," Bob said.

"My message to Biosecurity is: Dumb it down.

"People are responsible if you tell them clearly just what you want them to do.

"Don't refer them to web pages or the internet as it downplays the importance of the situation and transfers responsibility.

"Very basic television ads of explanation on what to do, and what could happen if you don't."

Following on from that last point, Bob continued.

What needs to be pointed out in those very basic ads is the dollar value of what would happen if the industry collapsed.

"The convener of the meeting said that there had not been any cost analysis of the outbreak, which seems extraordinary," he said.

It is indeed extraordinary.

I had great difficulty finding out the total value of the Tasmanian fruit and vegetable crops.

To give you an idea, potatoes are worth about $123 million and fruit about $180 million of which cherries contribute about $50 million.

What needs to be pointed out in those very basic ads is the dollar value of what would happen if the industry collapsed.

Tasmania is very focussed on tourism at the present with the accent on agri-tourism and the proliferation of on "rural overnight stay" accommodation which takes biosecurity to another level.

I'll believe this ad when I see it.