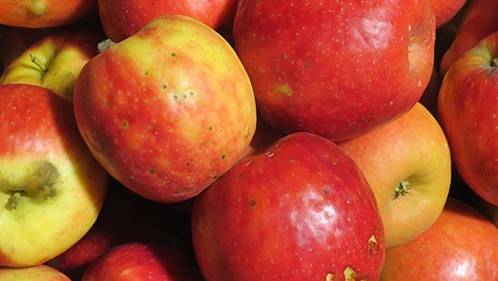 That's the warning based on research from an Australian study, published in Nature Climate Change.

Researchers led by the Global Centre for Land-Based Innovation at Western Sydney University sampled more than 235 locations with ecosystems that range from forests and croplands to deserts.

They found that as air and soil temperatures progressively rise, the types of fungi likely to damage food plant species are also projected to increase over the next three decades.

"Our study suggests that common plant pathogens such as Fusarium and Alternaria species will become more prevalent under projected global warming scenarios, which will add to the challenges of maintaining world food production alongside other climate change-driven crises and a burgeoning human population," Professor Singh said.

The study was also able to use modern DNA sequencing techniques to determine the response of plant pathogens to rising temperatures at a global scale.

This enabled the development of mapped regions that connect projected climate change to crop and ecosystem type in order to pinpoint where the greatest food security impacts are likely to occur first.

"Since most soil-borne plant pathogenic fungi are difficult to control with chemicals, we can now focus our adaptation and resilience efforts more precisely by targeting the most at-risk regions.

"We can advocate for strategies that promote plant and human health, build healthy soils and use non-chemical methods to win the battle between crops and pathogenic fungi."