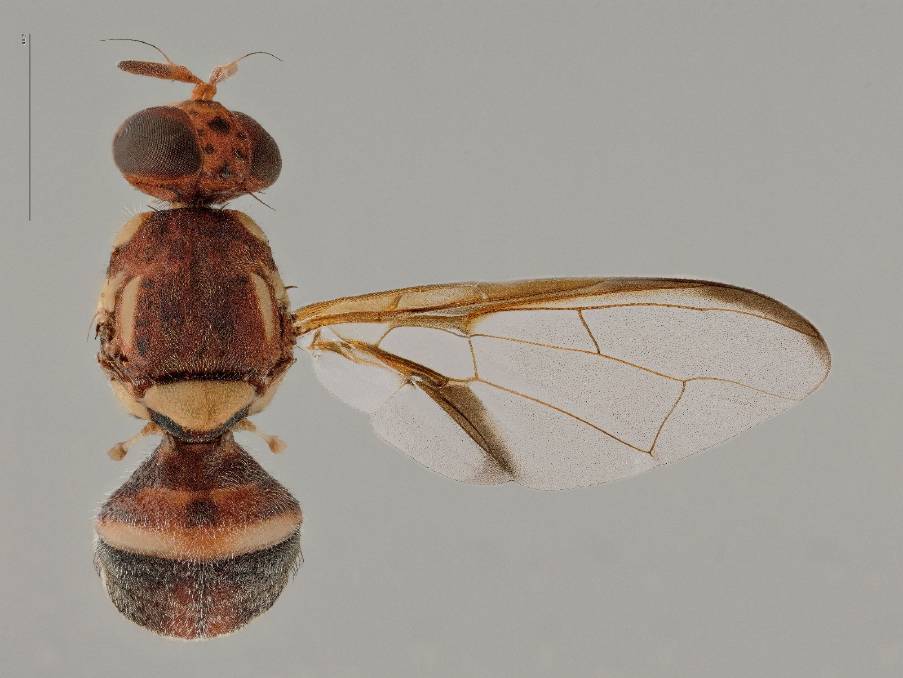 The larvae find has triggered a response from Biosecurity Tasmania.

A QUEENSLAND fruit fly larvae was detected in produce from a supermarket earlier this month.

The larvae was detected in a passionfruit bought from a Launceston supermarket, and is Tasmania's second detection in 2020.

A single adult male fruit fly was caught in a trap in East Launceston in February.

Bioscecurity Tasmania general manager, Lloyd Klumpp, said the detection would not affect Tasmania's pest area freedom status, but was asking members of the public to remain vigilant in produce bought or grown.

"This is not an incursion. It is a single post-border detection, which has occurred before and it does not constitute an outbreak under National Fruit Fly Management Protocols," Dr Klumpp said.

"This detection will not affect Tasmania's Pest Free Area status."

"Given this detection, we are asking Tasmanians to be vigilant and report anything unusual in fruit."

Tasmania reported its first incursion of fruit fly in January 2018, when it was detected in apricots grown in a backyard on Lady Barron, Flinders Island.

Dr Klumpp said Biosecurity Tasmania was responding to this most recent detection in line with established operational procedures, including tracing activities and reviewing the fumigation processes.

"Even with increased resources and checks at the borders, the risks can never be zero, which is why industry, government and the community must remain vigilant and work together," he said.