The 2013 My Kitchen Rules 2013 champions are highlighting Qld produce. 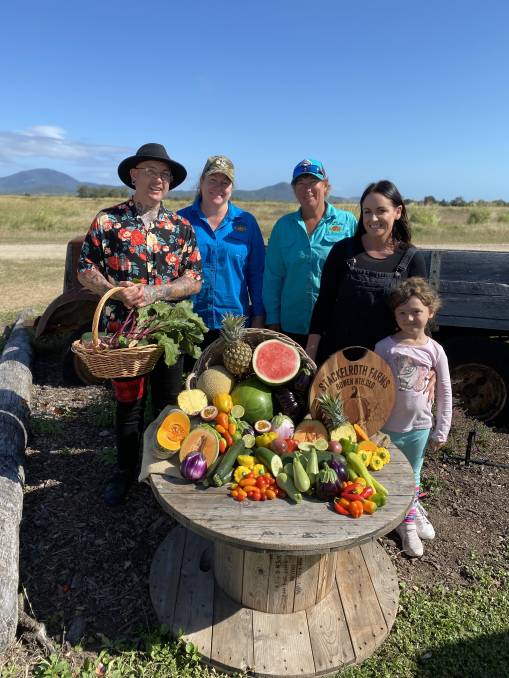 MY Kitchen Rules 2013 champions Dan and Steph Mulheron will highlighty Queensland produce as part of a new television series being filmed across the state.

The Hervey Bay couple and their daughter Emmy, 6, have been travelling up the coast filming Travel and Eat with Dan and Steph, a five-episode series set to air on Channel 7 in June.

The Mulherons stopped off in Bowen for filming, where Stackelroth Farms' produce was highlighted, along with fresh, local seafood.

The show will also showcase producers around Kingaroy, Hervey Bay, Bundaberg and Rockhampton.

"One of the things about food is that it can transport you to places, even times in your life," she said.

"So we are finding locations and cuisines that give you the taste of travel in your own backyard.

"We are also so interested in the families and farmers who are growing our food, so we wanted to tell everyone their stories too."

Ms Mulheron said the Whitsundays was one of the first places they locked in for filming.

"It's such a gorgeous area, so much to do and so many places to see and my brother lives in Bowen," she said.

"He's a commercial reef fisherman and just the process that they go through, using live coral on the boats to keep the fish when they're caught, bobbing around in dory boats, it's a story we wanted to tell.

"Each of the destinations that we film in is linked to an international cuisine and of course mangoes and Mexican food is a match made in heaven so we are creating a Mexican feast in Bowen. 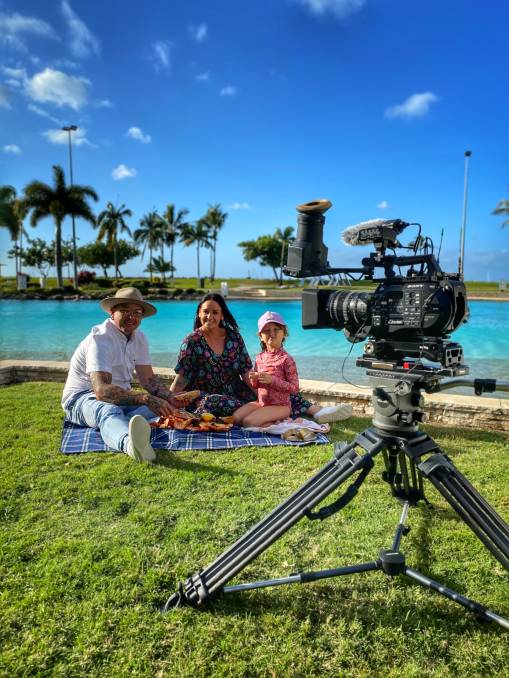 Dan, Steph and Emmy Mulheron filming at the Bowen waterfront.

Whitsundays Tourism chief executive officer Natassia Wheeler said they were very pleased to attract the show to the region to showcase all of the area's many attractions.

"It will also highlight all of this great, fresh seasonal produce coming from our own backyard," she said.

"Maybe it will show people they can live, work and play in paradise if they pick up seasonal agricultural work," she said.

Ms Mulheron said they had loved meeting some of the country's best producers.

"We are learning so much about how food is grown and some of the really clever ways Aussies are doing things," she said.

"We met a micro-herb farmer in Hervey Bay that came up with a genius way of growing his herbs while he was doing FIFO work and they haven't looked back - it was an amazing set up."