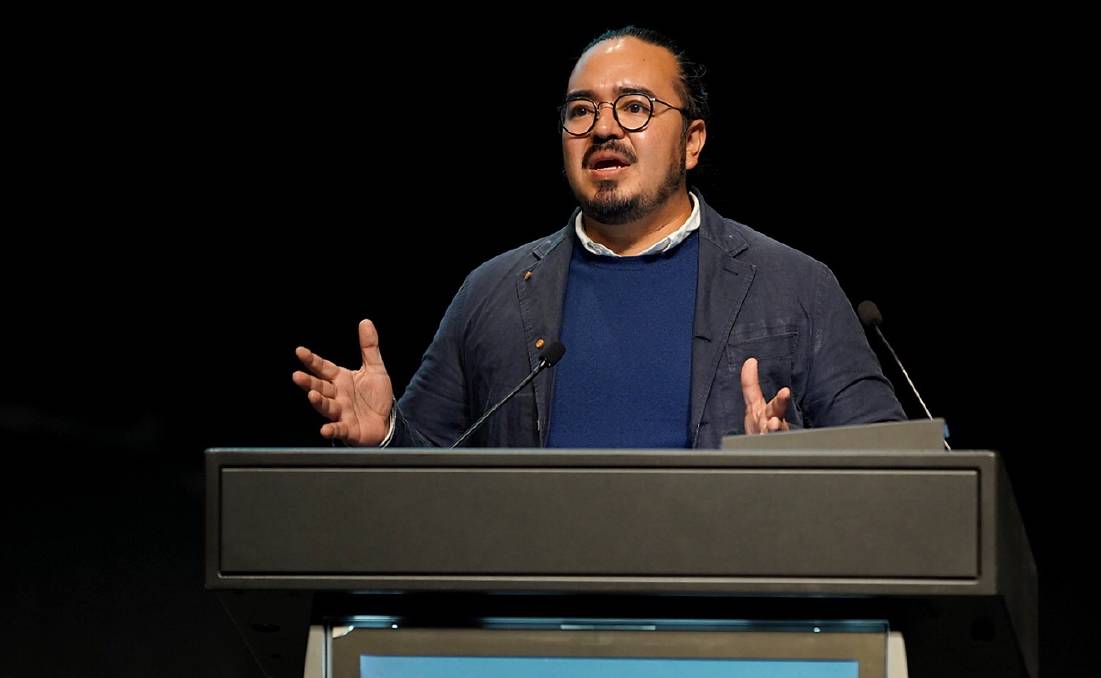 EAT UP: Chef, television presenter and food columnist, Adam Liaw, says Australians are searching for new ways to eat vegetables which presents a big opportunity for the agriculture industry.

Aussies are loving their vegetables, according to Adam Liaw's data analysis.

IF Adam Liaw was in charge of marketing vegetables in Australia it would be done on one simple tagline: Vegetables are delicious.

The former Masterchef winner, television presenter, columnist and prolific recipe writer was frank and forthright about food trends in his address at Hort Connections 2019 in Melbourne yesterday, Australia's largest gathering of the horticulture supply chain.

Abandoning the customary slide show presentation and slick video, Mr Liaw said he preferred to "get up here and talk to you about food, just have a chat".

That approach opened the audience to his views on Australian dietary trends, food choices and even aspects of industry promotion.

Far from relaying a well-rehearsed story of his journey to cooking stardom, Mr Liaw allowed himself to wander between topics, always coming back to a positive outlook for growers: that vegetables were in vogue.

From the very start of his presentation, Mr Liaw was adamant that the food movement in Australia was geared toward the increased use of vegetables.

"How do I know that? Through data," he said.

According to Mr Liaw, Australians were cooking a lot more vegetable-based meals.

He described it as not "hard numbers" but more a sense of trends through figures via social media and research outlets.

"There's a tremendous opportunity there. It is a genuine, long term change in behaviour," he said.

Digging into the results of what recipes people searched brought the same trend to the surface.

Mr Liaw said people simply weren't looking up how to roast a chicken because "they've already cooked that".

Instead, they were exploring new vegetables and new ways of preparing traditional ones.

He said social media (he has several Twitter handles) presented a gauge of which way consumers were heading and it was increased and inventive vegetable use which he'd noticed in recent years.

MR Liaw, who writes about 700 recipes a year, credited the early seasons of the television program, Masterchef as bringing about a significant change in the way Australians thought about food in that it wasn't just for "foodies" any more.

He said writing a recipe was about keeping an audience in mind. That might mean transporting a viewer to an exotic destination via the ingredients, or creating something achievable in home kitchens throughout the country.

"There's an old saying that people buy a cook based on three photos, one recipe and then cook a total of none of them. As a cookbook writer, that's fairly depressing," he said. 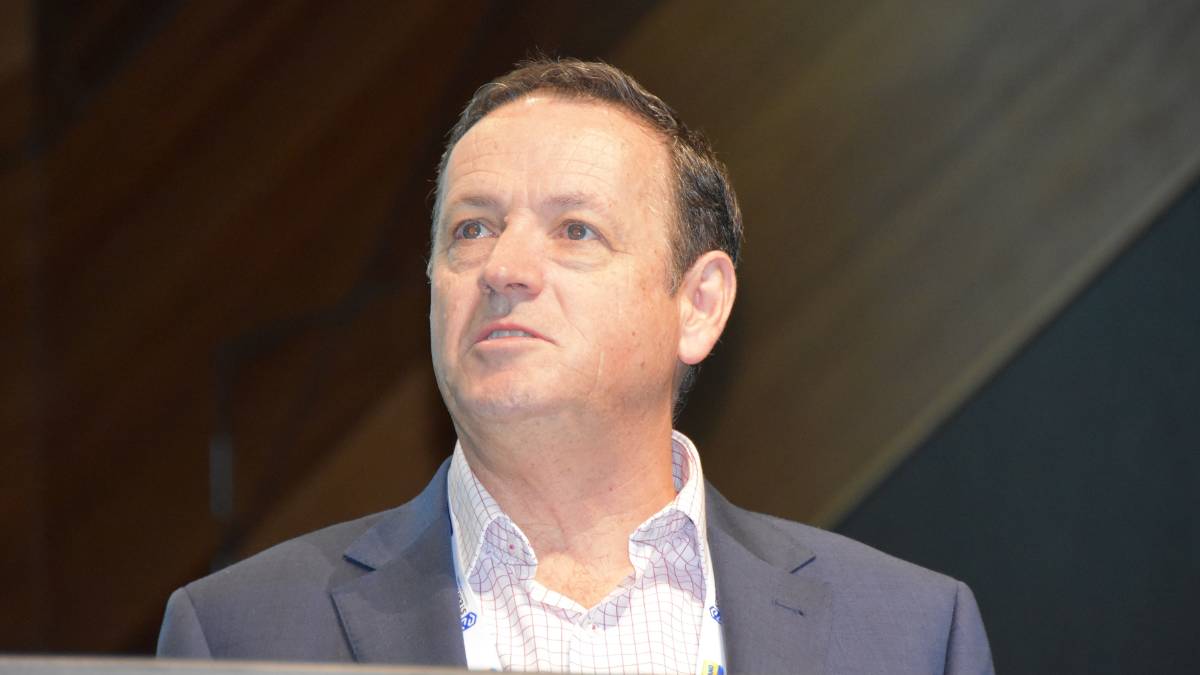 FUTURE: Ausveg CEO, James Whiteside, says the world will look to horticulture to meet its food demands into the future.

One publication Mr Liaw writes for is Good Food which provides him with plenty of information to analyse.

Of the list of 50 most popular Good Food recipes published last year, 11 of the top 20 were vegetarian dishes.

Although jazzed up vegetable dishes were on the rise, that didn't necessarily indicate Aussies were eating more healthily.

"You could misinterpret that as everyone's eating vegetables now, so congratulations, we can all go home. But that's not the case," he said.

Australians still refer to dishes by their meat content first (ie. "Let's have chicken"), a habit brought over by our British heritage.

"Few people ever say, let's have cauliflower tonight," he said.

It was a similar theme echoed by the Produce Marketing Association Australia - New Zealand's chief executive officer, Darren Keating, in his address to the conference.

He said increasing fresh produce consumption was about utilising the growing relationship technology has with food, breaking into new meal occasions, and owning the health sphere.

"Everyone talks about health being this big opportunity but it's the golden one," he said. 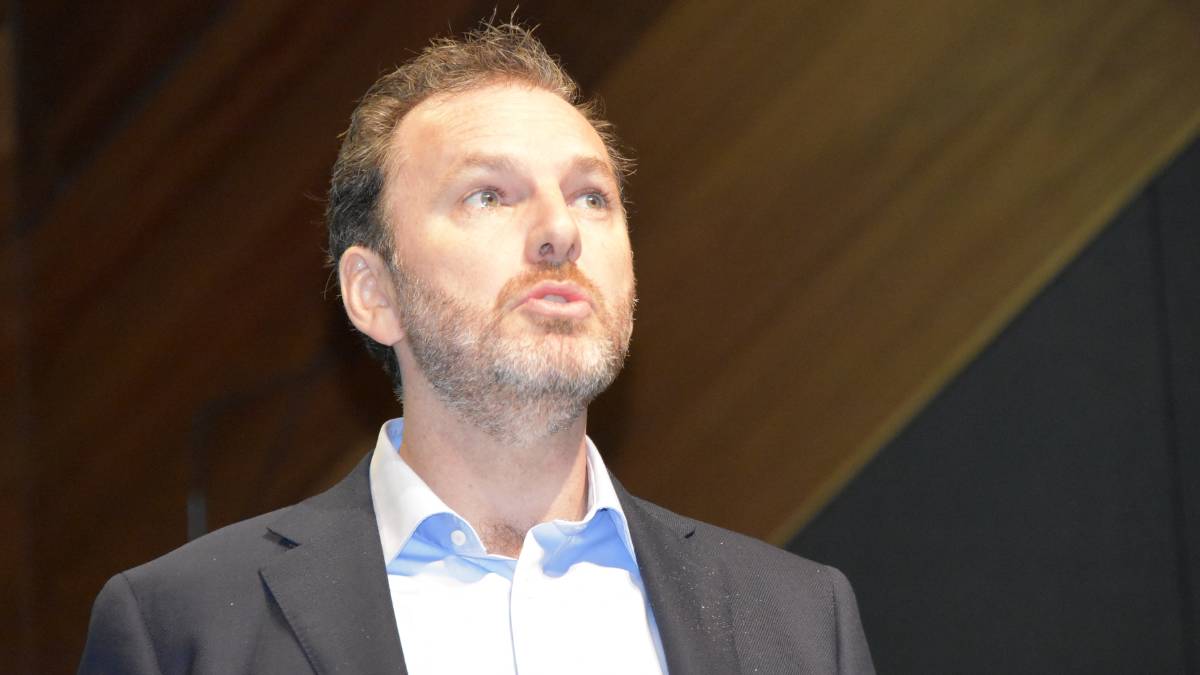 "We've got to get beyond just saying 'eat your greens, it's healthy'."

Ausveg CEO, James Whiteside, was even more direct in his assessment, taking a cheeky swipe at some other ag sectors along the way.

"Our future is not in beef or dairy, or broadacre cropping," Mr Whiteside said.

"For all the opportunities in Australian agriculture, it is the horticulture industry which the world will turn to."

THE speaker prior to Mr Liaw was ABC television's Ask the Doctor co-host, Sandro Demaio, who spoke on growing a healthier food future for a 10 billion people world.

Dr Demaio advocated for humans the world over consuming a greater plate share of fruits and vegetables and reducing meat consumption.

He said this would be a challenge to disrupt long-held behaviours.

But that notion was challenged by Mr Liaw who argued changing consumer behavioural habits wasn't such a stretch.

"I think to change the behaviour of how people eat is actually a very simple process; you just have to know what buttons to push," he said.

"Telling people to eat more healthily, is not a great button to push."

He said he wasn't a fan of trying to increase someone's vegetable quota by subterfuge, particularly for the sake of children.

"The idea of hidden vegetables or sneaking vegetables into dishes, I think, is very counterproductive," he said.

Mr Liaw said the secret was to change up the texture and taste format of the vegetable, without resorting to unhealthy options.

"There is no limit of what you can deep fry, sprinkle with salt and it will taste good," he said.

Practices such as boiling carrots in stock rather than water provided an additional savouriness to meals. 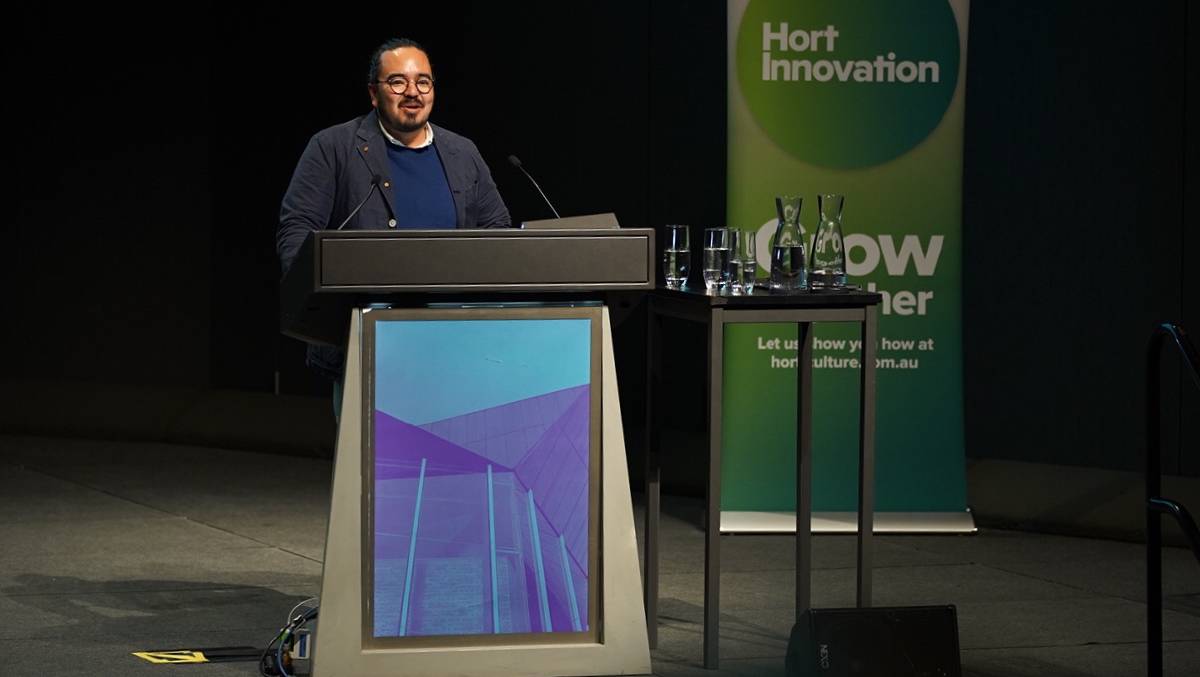 For all the data and trends analysed by Mr Liaw, he gave a caution to perceived trends as indicators.

"Rates of true vegetarianism are not rising as substantially as would be reported," he said.

"And I'd be wary of focussing on vegetarianism anyway. I think people understand they should be eating more vegetables but framing that discussion as the exclusion of meat makes a simple message into a very complex one.

"If your goal is to promote people eating vegetables, that should be the goal. Reducing the consumption of meat is another goal but playing the two off against each other is, I think, a much more difficult fight than just increasing the amount of vegetables people are eating."